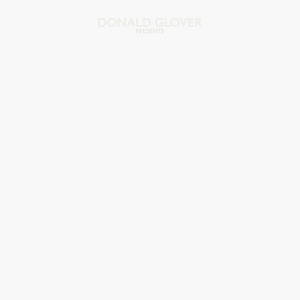 A spontaneous release was the only sensible reveal for Childish Gambino’s latest, 3.15.20, the first masterpiece of the decade. After Beyonce and Kanye engineered the move last decade, surprise drops seem to represent the ultimate flex that an artist’s fanbase and wildfire word of mouth can catapult a record to success without billboards, YouTube ads, or press releases. But 3.15.20 has an ulterior motive.

Quite literally, it’s about time. Not just the present, but the passage of time and the brevity of human life. 3.15.20 marks the day Donald Glover posted the album on his website for a mere 12 hours before removing it for one week. Both moves came without warning, as did its eventual official release to streaming sites in the middle of the night on March 22. Delivered initially as one continuous track, those who explored the record on first release had the damn near impossible task of telling where songs ended and began. The record’s use of time as a thematic device could explain why it utilizes time stamps in place of conventional song titles.

Where Awaken My Love! pushed backwards into 70s funk in an effort to reinforce the hallmarks of Blackness, 3.15.20’s colourful, augmented chords push the sound forward, past the current landscape into afro futurism. Bar none his most musically interesting project to date, it’s ultra modern and perhaps the best-mixed hip hop album in years.

DJ Dahi, the man responsible for half of Damn and “Worst Behaviour” assumes the role as Glover’s navigator. The L.A. based beat maker co-produced nearly every song on the album and gave 3.15.20 a unifying sense of control and diversity. The use of space is immersive, the drum sound is massive, and the crystal clear sound effects are everything from ambient to animalistic.

it’s still billed as a Childish Gambino project despite Glover’s announcement that he would be retiring the moniker in 2018. The cover’s blank white square seems to represent a reboot and 3.15.20 feels like a transformation. Glover now possesses the maturity of a truly original artist, making him stronger in every way as a lyricist, vocalist, and ultimately an artist.

Glover finally gets the proper opportunity to display his newfound godly gift for melody and versatility as an entertainer. He isn’t confined to his loose brand of MCing, sentimental balladeering, or playing funking frontman. On 3.15.20, he gets to do it all. He raps, he sings, and most importantly, he adapts and barely sounds the same between songs. It all seemed to lead up to this moment. The prophetic social consciousness of “This is America” has been combined with the surreality of Atlanta. The liberal, boundless online culture of Because the Internet, is now explored as freedom in the digital age. His understanding of groove that was in full swing for Awaken! may never have been properly appreciated without the minimalism of this sonic landscape. He’s still oozing with confidence, but now he’s writing cheques he can deposit.

No guest appearance is wasted, each providing a special function. On “12.38”, Glover guides us through a psilocybin trip where a very game 21 Savage matches “chicken” with “spinach” and Kadhja Bonet, and Ink are waiting down the rabbit hole. “Time” gives us a pretty effective slow burn duet with Ariana Grande. Even Glover’s son, Legend transforms “47.48”’s cautionary movement about the dangers of violence against America’s youth into a conversation about self-love.

People will go on about the timeliness of the album in the midst of the COVID mass self quarantine, but 3.15.20 could have fit anywhere in the last six years. As the digital age is fraying human interaction, the hope and unification symbolized in the album’s opening refrain of “we are,” can formally be the one remedy in times of peril.

It’s something akin to an OK Computer or a Dark Side of the Moon of urban contemporary in that it gives us an ambitious portrait on the gamut of contemporary life: love, self-love, identity, struggle, religion, hustling, fatherhood, time, money, us vs them. Similarly, 3.15.20 questions the album format itself. It contains songs that feature conversations in tandem with music, transitions stitched together by real world sound effects, and each track parallels an identity with a real world consequence. They’re less like songs on an album and more like chapters in a novel.

For instance, “19.10” is one of the finest dance rap songs of the new era, a glorious union of five producers clearly flexing some sonic muscle, but it’s a double edged sword. Look no further than its hook “To be beautiful is to be hunted” to find that it’s a song about Black identity and pride and how an exploitative world capitalizes off of a culture that it simultaneously marginalizes.

Similarly, “24.19” is a sonic marvel, an exercise in the slow jam with visceral triangles and an impressive multi tracked vocal. But it’s more than high phonics, and only Glover could express this much gratitude to his lover, using analogies of food, sitcoms, instagram, and gospel. The level of melodic intimacy is enough to make the hairs on your arms stand up. Yeah, we’re a long way from “3005”.

“32.22” previously titled “Warlords” is a jungle chant that’s damn near incoherent, paralleling rage with fire. Even weirder, “35.31” uses a country stomp and a half-time trap breakdown to compare Childish’s skillset as a drug runner to the conspicuous mystery of the Sasquatch.

After an epic exploration of concept and sound, 3.15.20 ends on an optimistic note, with a Stevie Wonder level triumph and a rejoice of life in “53.49” that comes full-career-circle and offers the closest thing to a traditional rap song akin to his earlier work. And while the album is a deep exploration of modern times and the concept of time itself, only time will tell the extent of 3.15.20’s influence and its efficacy in encapsulating the era. What is certain is that the album is thought-provoking, masterfully mixed and timely as ever. It’s the sound of an artist finally pushing himself to make something truly remarkable.