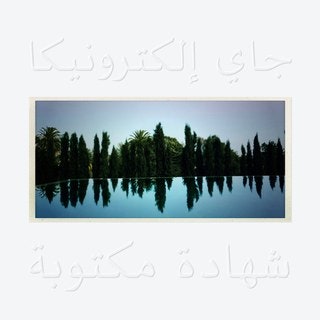 Anyone who thinks JAY Z bodied Electronica on A Written Testimony isn’t just wrong, they’re completely missing the point. JAY Z here acts as a facilitator, not a competitor and with many taking to Twitter to label the album “Watch the Throne II”, the record doesn’t go for excess or braggadocio like the last great team effort from Jigga, it’s a spiritual takedown of the current increasingly apocalyptic landscape for Black Americans, but one that all of us can relate with.

Jay Electronica first emerged on the scene with “Exhibit C” taking the blogosphere by storm and signalling a change of the guard coming out of rap’s bling era to social consciousness and cerebral patience. His first mixtape consisted entirely of beats that sampled Jon Brion’s score for Eternal Sunshine of the Spotless Mind gaining him indie cred. Then, he slept for a decade with less than a handful of sporadic appearances as Kendrick Lamar and J. Cole took the seat he was assumed to fill and shifting rap to a more intellectual and spiritual place. When Electron announced the album in February, most people were skeptical or made jokes claiming the 43 year old rapper had missed the boat, some even disbelieving the record would ever see release. And here we are, in the midst of a global pandemic, A Written Testimony is out and following the mission statement that made Electronica a major player, it delivers.

It’s a tight 40 minutes and most importantly serves a purpose; it wasn’t built for the clubs and most tracks were produced by Electronica himself and revolve around spectral, smoky samples that create a mood. In 2020, it represents an almost alien experience which begs for a second listen, perhaps lacking a cohesive sequence until you find out Electronica considers the album format itself an almost blasphemous sellout unparalleled to true artistic expression. Which could explain why the album took so long to reach fruition. When most rappers now hit the studio to create something lasting, the motivation here was to say something lasting and thus achieve both missions. Aside from “The Blinding”, an explosive industrial track that unites Travis Scott, AraabMuzik, and Hit-Boy for a hit to the gut, the drums are mostly buried in the mix and in the case of “The Never Ending Story” and “A.P.I.D.T.A.” almost totally absent, allowing for a free form rhyming meter.

The maturity of Jay Electronica’s voice carries a sense of wisdom and his dynamic with JAY Z who features on all but two tracks is what holds the record together. Yes, it’s impressive that Electronica is going bar for bar with an undoubted legend, but the chemistry more so represents a newly motivated master learning from student. Plus, Hov hasn’t rapped this hard or streetwise in years. With shorter verses it’s almost as if he’s being inspired by Electronica’s mythic rhetoric and in return doesn’t take a track list credit. Yet still, we don’t need this much JAY Z. As the first and last verse on the album, he appears on all but one track and can sometimes impede on Electron’s perilous performance, the proper full length debut from an original voice.

If anything, it plays into his resistance to be in the spotlight, a common theme throughout the album. On “Ezekiel’s Wheel” (the one that makes use of Robert Fripp and Brian Eno for my heads), he riffs “Jay man why come for so many years you’ve been exempt?’ / cause familiarity don’t breed gratitude, just contempt / and the price of sanity is too damn high just like the rent,” he’s clearly a man in control of his own trajectory; he’s not a perfectionist, the fact is he has no interest in impressing anybody.

Jay Elec’s lyrics are sharp, putting spirituality and righteousness into play with real world anxiety and effectively align street life, the cost of fame, and the current social climate with the insights of a wiseman. His ability to fit thought provoking subject matter into a single verse is staggering. “The Neverending Story” tells the story of a reverend in crime land and educates “if you want to be a master in life, you must submit to a master.” “Fruits of the Spirit” nabs a chop from No I.D., features no chorus, clocks in under two minutes, and handles the Flint water crisis, fake news, Thanos, and immigration to paint a picture of contemporary American tyranny. It’s the higher knowledge of Illmatic packaged with the verbal complexity and geekdom of Ghost and Rae, with the power of a religious storm.

Even though Jay Electron sat on the project for a decade he proves the near impossible with a project that was worth a ten year wait, but it also comes with masterful timing. After a month where we seem to be sliding down the spiral, A Written Testimony offers a healing sonic identity and subject matter full of catharsis, patience, and closure in times of peril. Only one rapper could come ten years late and still arrive right on time.