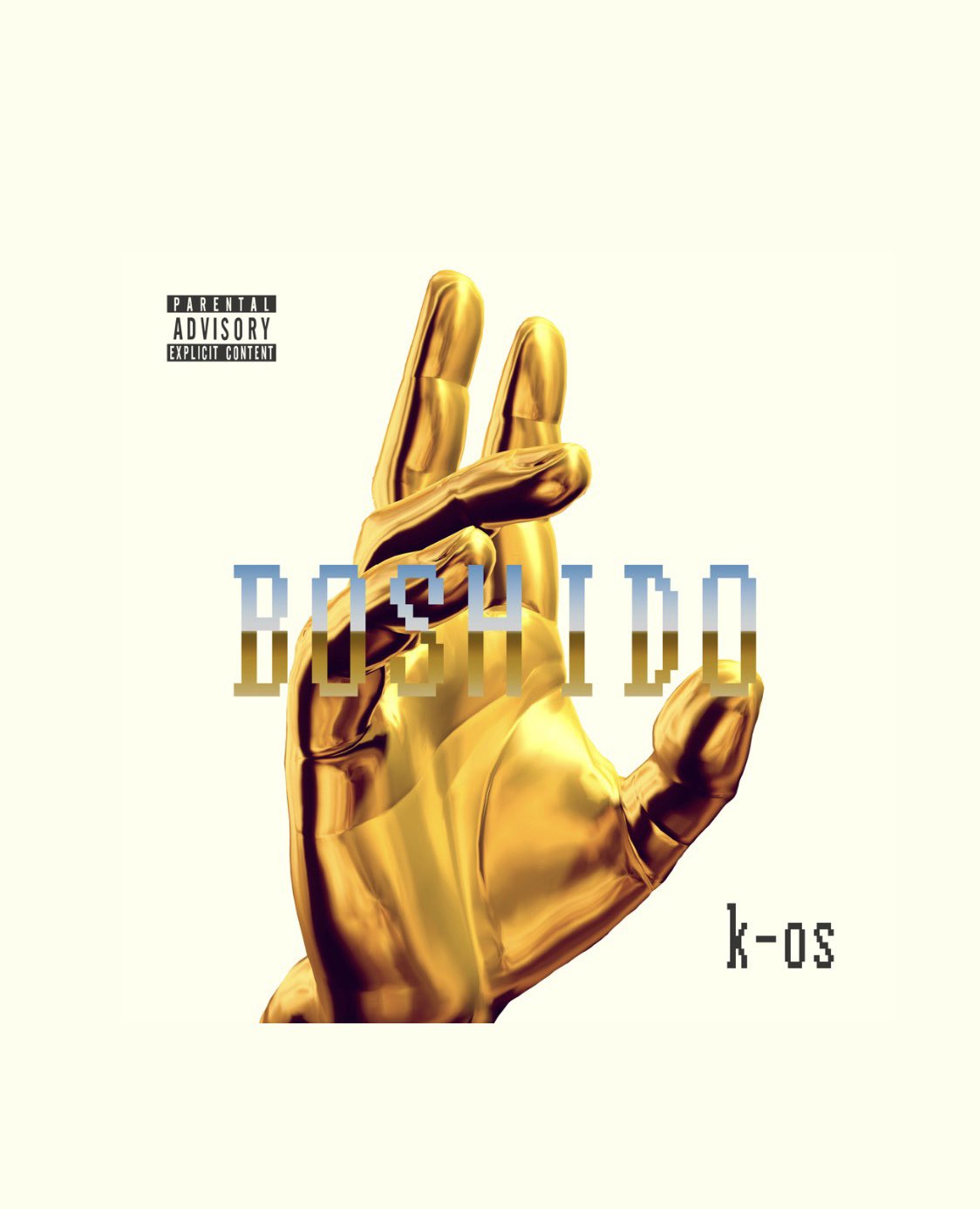 Toronto rap veteran and multi-platinum artist k-os gave fans merely a few days’ notice for his latest EP Boshido in collaboration with fellow Canadian, gargantuan house music producer Kaytranada. But don’t be fooled by its lack of press - the five-track, 14 minute EP is an electrifying, energetic and exciting fusion of two widely celebrated and unique artists that may be a sign of greater things to come.

Born by the name Kevin Brereton in Toronto and raised in Trinidad and Tobago by Jehovah’s Witness parents, k-os moved back to Canada for his formative teen years in Whitby before eventually establishing himself back in Toronto. His name is an acronym for ‘Knowledge of Self’ and originally stood for ‘Kevin’s Original Sound.’ The lowercase letters are intentional, as he explained in a blog post on his website, “to appear less aggressive compared to rappers who tend to write their stage names all caps.” This coincides with a common thread throughout his music: criticism against hip-hop culture.

k-os is best known for his genre-bending appeal of hip-hop, rap, reggae, rock, and funk. k-os released his debut album Exit in 2002 to critical acclaim, followed by  Joyful Rebellion in 2004 which earned platinum status in Canada. That album included the single ‘Crabbuckit’ which launched him out of the underground. On his latest, Kaytranada’s beats steer him towards house and electronica while his rhymes complement Kaytra’s affinity for hip hop, as evidenced in other collaborations with rappers like Mick Jenkins, Anderson .Paak and Ty Dolla $ign (to name a few).

Today, the 48 year-old rapper, singer-songwriter and producer resides in Vancouver. He has converted to Zen Buddhism, which has likely inspired the album title (though he hasn’t confirmed its meaning) as bushido is a Japanese term for samurai codes of honour like sincerity and loyalty, and are influenced by the meditation-based form of Buddhism.

Prior to Boshido, his most recent release was in 2015 with Can’t Fly Without Gravity, followed by the 2016 mixtape, Views From the Stix. Since then, k-os has kept a relatively low profile on social media and IRL, but amid mass protests across major US cities and around the world following the murder of George Floyd by a white policeman, he has taken to Instagram and Facebook to express his anger and frustration. He has echoed the sentiments of many, posting words like: “Don’t create an anti-racism event..BE an anti-racism event” and “This is an emergency” - a line from his 2004 song “Crucial”. The “Crucial” remix holds the position as the final track on Boshido and originally appeared on Kaytranada’s SoundCloud back in 2013 as a groovier, electronic version of the original reggae-tinged tune.

The ease with which these two artists fuse their sounds makes one wish they’d collaborated years ago. A seasoned performer, k-os raps clean, fresh and powerful verses that are heightened by Kaytranada’s modern hybrid of neo R&B, funk, hip hop and indietronica, a style he perfected with 2019’s Bubba. k-os sets the tone for the EP in ‘Free Style,’ a cool and timeless hip hop beat “in the style of Zen” - a slightly elusive but interesting point of reference nonetheless. He raps about being an “MC to the core” and “inventing rhymes without any intent.” A nice transition into the next track, ‘Smells Like Cream Spirit’ features a similar beat and clever quips, though lines like “put any rapper on my plate, I’ll chop him and eat him up” seem a bit far out from a rapper who has been pretty much MIA since 2016, save for the release of the cheeky single “No Bucks'' in 2018 which didn’t make it onto this EP. ‘Fairytales of New York’ takes a totally new direction, featuring ethereal, synthesized strings as he croons ‘I’m in New York tonight, come and get me’ and flexes his impressive vocals that were shaped and inspired by such influential artists as Lauryn Hill, Erykah Badu, Mos Def and D’Angelo.

In ‘On My Kanye’ he touches on the aforementioned theme of hip-hop culture criticism with the rhymes: “This rap mutation is heavy with the one-way conversation” and “I’m never free from blame but always free from shame.” He doesn’t hold back on his less-than-subtle critique of Kanye either, using his notorious meltdown on “Sway in the Morning” as an interlude. Then West’s voice is brought back to close out the track and drive its themes home in a more cerebral fashion: “Because we’re so jacked up on our own egos and so misguided by mainstream marketing we dont know what the fuck is real.” This track is perhaps the most direct manifestation of the Buddhist ideology behind Boshido as he conveys stripped-down humility and sincerity in a monologue that touches on the reactionary and polarized debates surrounding issues of race, gender and acceptance.

Overall, Boshido is a brief but worthy listen. A hard listen to the lyrics (and perhaps some research on the ideology) helps clarify the meaning, though a full-length album that dives deeper into k-os’ thought process would have made this experiment more accessible in its message. The nature of his freestyling in this context makes the project feel sporadic and unfinished, but its bold lyricism and contemporary musicality leave listeners wanting more. Amid the volatility of the current social and political climate in the US and around the world, k-os’  2015 National Post interview feels particularly poignant: “The best way to make black lives matter is to make a black life transcend the media’s social stereotype of what a black life is. Steel sharpens steel is my statement on racism. That’s why I make music that doesn’t conform to any stereotype.”

Boshido certainly lives up to this standard.