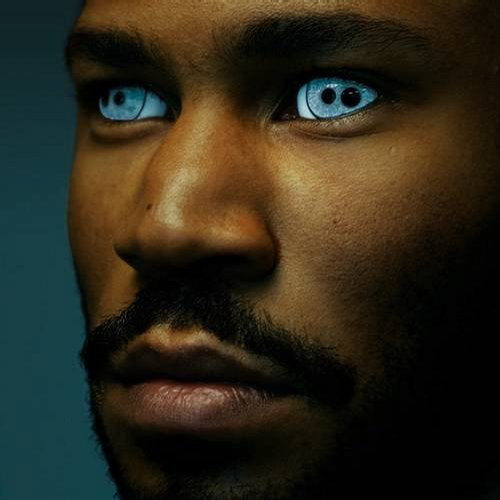 Kaytranada holds the sole credit on Bubba, creating virtually everything heard on the record. Without even so much as bringing a session player in the followup to 2017's excellent 99.9% benefits from a highly focused hand of control.

The rise of Kaytranada has been the stuff of legends.

Born in Haiti and raised in Montreal, his remix of ‘If’ by Janet Jackson, assembled in his bedroom, became a SoundCloud icon. With its clear respect and affinity to old school house fundamentals with a style likened to new wave R&B, BBC1 immediately booked a Saturday residency, an international tour of shows across North America and Europe sold out, and Madonna asked him to open for her. All before the age of 23.

Then came 99.9%, his major label debut that offered explosive lo-fi electronic pop music with not only sex appeal but a stylistic diversity winning Kaytra the Polaris Prize, Canada’s top musical honour. Save for a few quiet releases earlier in the year, Kaytranada has remained mostly quiet since the frenzy of 99.9%. So it’s understandable why the music community lost their minds at the announcement of Bubba last Monday via Kaytra’s twitter and the album’s release just four days later.

To the dismay of some, there’s no stunner Anderson Paak or Vic Mensa verse here, most of the vocalists play Syd! When guest rappers do come through they act in service to the groove where lyrics aren’t as important as rhythm and almost seem to just be just another component of the mix rather than the major selling point of a song. Sometimes this acts to the detriment of the record. “Free Fall” may very well be the first bad Kaytranada song with a mostly forgettable melody that misses, takes centre stage, and thus interrupts the album’s fluidity. The major label compromise of the heavily doctored Pharrell Williams collab “Mid Section” is even worse and closes the record out no less.

Still, the net has been tighetened. The trap and urban sounds of 99.9% have been exchanged for house, Kaytra’s primary genre, but still, a characteristically avid respect for neo-r&b and hip hop still informs Bubba’s terrific hybrid genre.

Less so is the quintessentiality of 99.9%’s banger after banger and more attention seems to have been given to clever transitions and pure dance songs in place of funk, hip hop, indietronica, and neo-r&b. The previously released singles "Dysfunctional", "Nothin Like U", and "Chances" did not make the cut and it makes sense since there’s no shortage of good songs here.

Like 99.9%, Bubba presents a characteristic style of vintage drum mixing and sampling that’s almost economical, but with a sense of rhythm that could make the most minimalist sound full. The bombastic “10%” is barely four tracks, but the inclusion of a meticulous keyboard line seems to lift the song’s Kali Uchis vocal to the stratosphere. “What You Need”  featuring Toronto’s Charlotte Day Wilson holds a similar deceptive simplicity, with a bare bones analog production style that facilitates the grooves yet never distracts from its sonic charisma.

But the best song lies in “The Worst in Me” an incredibly lush 4 minutes of new wave R&B house pop featuring the great Tinashe. It is expansive, sticky, and the precipice near the end of the album. Kaytranada is perhaps best left in the company of female R&B vocalists who seem to interact with his synth melodies in playful ways. “Culture” with Teedra Moses, a ghostwriter for Christina Milian and Mary J Blige similarly reaffirms Kaytra’s attachment to the early 2000s, but is no less R&B than it is Kaytranada’s signature brand of house.

Still, with it’s large ensemble cast, no star burns brighter here than Kaytranada himself. Coming into his own as one of the most original producers in contemporary music, Bubba is the sound of an artist pushing himself with better bass moog lines and even bongo playing. Kaytra’s allocation of sounds of left and right speakers is evocative and the instrumentals here go pretty hard. “Scared to Death’ doesn’t have the same earth shattering roof eject effect of “Lite Spots”, but doesn’t go for it and is arguably more progressive in sound if not the most impressive display of pure production on Bubba. BPMs and keys are noted on the album’s liner with confidence that selections from the tracklist are currently making their way into DJ sets as we speak.

With Bubba, Kaytranada has proven once again his strength as a producer and ability to carry an album. Though perhaps augmented by a narrower set of styles, this reclusion makes Bubba more refined than 99.9% if not more focused.