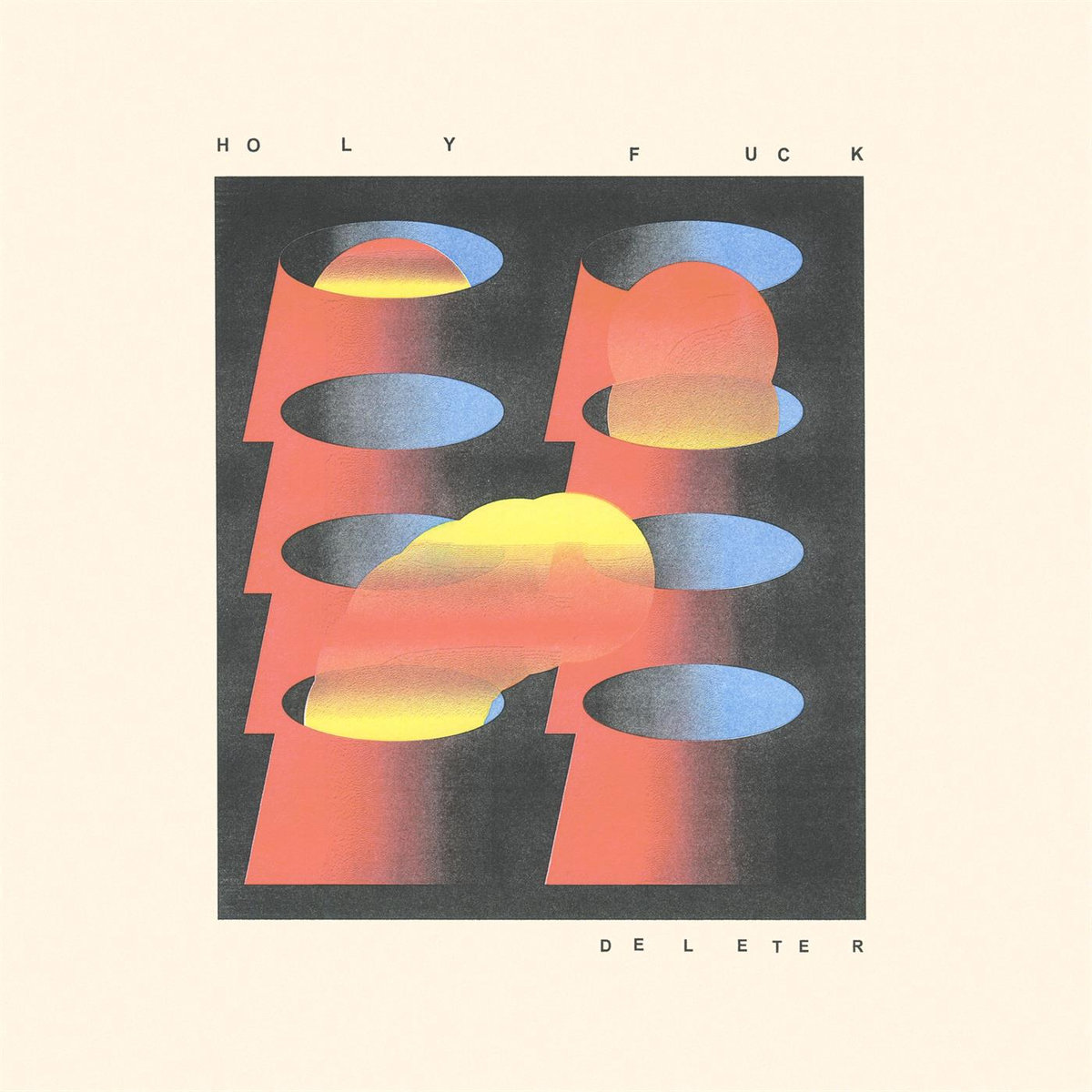 Iconic Toronto indie act, Holy Fuck are back after a four year absence with Deleter. Recorded primarily at Jack White’s Third Man Studio in Nashville, it’s a generally focused effort still ingrained with the frenetic spontaneity that made the band famous. Similarly, the results range from great to flat though a newfound maturity from the group is noticeable. Mind you the group’s original mission statement was “find something in the trash…plug it in.” Keyboardist Graham Walsh spent the better half of last decade producing albums for Metz and Alvvays among many others and Deleter benefits from a better understanding of songwriting, while maintaining Holy Fuck’s sporadic ethos.

The band’s hey day was a resurgent time for dance punk. Now legendary contemporaries like Arcade Fire and LCD Soundsystem were still early in their careers. Their second album titled LP received credible buzz and was shortlisted for the Polaris Prize. Attention on the band seemed to reach new heights when Holy Fuck jumped on M.I.A.’s opener for her Kala tour and predictably made waves for the lewd nature of their name even receiving specific mention from the Canadian federal Conservatives.

Arguably what deserved more attention was their DIY outlandish approach featuring off kilter instruments used to create electronic music. They never rehearsed before shows and even created full songs from scratch on stage. Deleter follows a similar free flow. With most of its material birthed from stage improvisation, the record offers a decent range of sound and styles, but does it all work?

Borcherdt and Walsh, the creative centre of the group, man keyboards to great effect on “Free Glow” which successfully transitions from ambient near post rock to post disco with a contributing vocal performance from Pond’s Nicholas Allbrook. Billed as a marriage of technology and humanity, Albrook represents just on of the many indie artists who’ve hopped on board and Deleter contains more vocals than all of Holy Fuck’s previous efforts combined. “Near Mint” is the closest thing we have here to traditional band format with an impressively paced mix while album highlight “No Error” demonstrates sonic potency in a throwback to 2005 Brooklyn.

On the other side of the spectrum we have the unoriginally titled “Moment” which seems to push for a NIN aesthetic but winds up representing something closer to Chris Cornell’s work with Timbaland. East Berlin dance and metal hybrid “San Sebastian '' similarly feels like an interruption. As advised by Four Tet, the original vocals for opening track “Luxe” were scrapped for a new take from Alexis Taylor of Hot Chip which builds a a surmountable level of tension, yet unfortunately suffers from a messy arrangement and a marginal payoff.

Ultimately the dead weight on Deleter can’t be disregarded from the overall album since the adventurism isn’t really there. Though flashes of brilliance can be connected to a producer’s understanding of groove and a heightened understanding of pop mechanics, an overall lack of direction seems to divert what should be a front to back dance party.