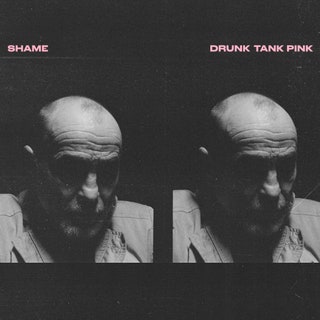 The UK press tends to make a fuss about big new bands. Since Nirvana and the Britpop phenomena that followed,every half decade the Brits inflate their favourite notion, that a new band has arrived in grand fashion to restore rock and roll. After overhyping eventually forgotten acts like My Vitriol, Heavy Stereo, and Gay Dad, they caught a second wind in the early 2000s.

First it was The Strokes, then it was The Killers, Franz Ferdinand, then it was Arctic Monkeys, and recently we’ve received The 1975 and IDLES. Like their predecessors, shame are a band that honour the great stylistic bands of the past through a contemporary ear. shame are relatively new, emerging between late 2017 and early 2018 depending on who you ask. There are five of them, which yields a powerful sound for a post punk band. They’ve boldly announced shows scheduled for April at Brixton Academy this year which sold out in minutes. At first their influences seem obvious; Sex Pistols, The Fall, and Bauhaus but with the angular guitars and snare rolls established by their latest offering Drunk Tank Pink, shame are proving themselves more akin to a cockney Talking Heads in a similar way people first referred to Kings of Leon as a hillbilly Pixies. But that’s what great rock and roll is, no? It’s familiar and titular just as it is fresh and expansive.

Yes, this is not The Bends, but when was the last time we got a truly great pure rock album that didn’t toe the line to power pop? The skill cap has lowered and great rock records are rarer now and thus deserve extra recognition. Seminal alternative albums like Funeral or Is this It? are simply not part of the pop DNA at this moment in time. shame recorded the album before the pandemic and delayed it for nearly a year. Drunk Tank Pink was fittingly named after the colour commonly used in holding cells. Hype was augmented by a short run of singles that were damn good with great videos to boot.

The album is about what you would expect from a good rock record from a new band these days which means a. awaited and b. pretty top heavy. The singles are terrific. Beginning the album by segueing the blasting "Alphabet" into the groovy “Nigel Hitter” puts you in your place. "Water in the Well" truly sounds interesting enough to store next to the art rock of Television or Fear of Music-era Talking Heads. Some of this stuff sounds like DIY artists like Car Seat Headrest or Omni, but with a lavish budget. The other good material is awesome, the rest, which is maybe three tracks borders on the mediocre and tends to hold up the momentum of what we want to be a perfect rock record. Luckily, "Human, For a Minute" is a real payoff and an effective 80s homage that comes across as emotional without sacrificing mood or groove. The songs are tighter here than their 2018 debut Songs of Praise, there’s more synergy, more diversity, less humour, and smarter decision making. ‍

Drunk Tank Pink is terrifically produced by James Ford formerly of Simian Mobile Disco, who has quietly been creating the best rock music of the past decade notably bringing harps to Florence and the Machine’s best work and helping Arctic Monkeys deliver their transformative AM. The sequencing is breakneck without feeling rushed. The vocals are recorded well, super clear and dramatic in line with the enigmatic performance of 22-year-old Charlie Steen who jumps from singing to shouting to spoken word.

It feels weird to talk about these guys individually at this point, save for Steen, which by all measure is a net positive. They really are a unit. There’s a more identifiable drum sound, thespacey guitars are still there but with more foundation. Most of all, this stuff has personality. The lyrics concern characters and the world around them, which I had literally zero idea until I read about it. Steen’s vocals are so razor confident that they render the lyrics to an almost redundant position. Let’s be real here, shame are pretty good. In this day and age, where the guitar has to be rethought in order to be respected, their barebones approach is both brave and refreshing. What else do you want from a band at this stage? These guys are tight, cool, funny, self aware, reckless, focused, loud. They’re also new. New enough to mention the difficulties of adjusting to road life in their interviews, though they often don’t like to give straight answers. After all this, somehow shame still come off as modest. We’re catching them at the perfect time to hop on board, where they haven’t made their best music yet but are just good enough to start catching on. The most crucial thing Drunk Tank Pink signals even for it’s the height of its caliber, is that shame are certainly going to make better music in the future.