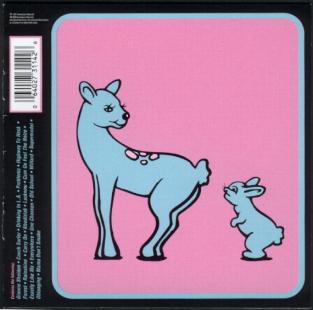 When "Drinking in LA" stormed the Top 40 over twenty years ago, few people knew what to make of Bran Van 3000 and their perplexing debut album. The single was a pinnacle of late 90’s pop – catchy enough to broadly market while still retaining the contemporary aesthetic of irreverent defiance. The cathartic reckoning at its centerpiece, “What the hell am I doing drinking in LA at 26” became a comedown mantra whose simple message underscored the existential yearning of the entire project. While most millennials could easily recite "LA"’s chorus on demand, few listeners could comment on the eclectically rewarding transmissions that surrounded it. Apart from a (now scrubbed) positive review from a nascent Pitchfork, Bran Van 300 was mostly billed as yet another Canadian one-hit wonder.

The irony of this perception becomes clear in the greater context of the album. As their very name denotes, the bandmates were sojourners by nature and most of the songs are inspired by their listless wandering across North America. However, with the sole exception of the lead single, the destinations and storytelling are explicitly Canadian. Whether it’s running into Catherine O’Hara or doing the Thunder Bay-a-go-go in “Supermodel”, it’s clear that their roadmap starts and ends in Canada. This idea is also extrapolated from their musical influences, as the intro to “Couch Surfer” illustrates: “By sampling the wealth of music and sound effects / Available on audio fidelity stereo disks / You can take a trip around the world”. Whether you’re on the 401 or curled up in your bedroom, Glee has an uncanny ability to take you on a trip through various musical and physical landscapes.

Artists working beyond the confines of genre has become the staple of contemporary independent music, and few albums were as ahead of its time with this ambition as Glee. There’s a parallel between Bran Van 3000 and 100 gecs in how they recycle an overwhelming range of contemporary genres and styles into one cohesive aesthetic. However, the success of 100 gecs is rooted in an ironically repurposed detachment that is self-aware of its own indulgences. With Bran Van 3000, there is no pretense of any deliberate subversion, just a playful rendering of an honest amalgamation of influences. Its surprising cohesion has a lot to do with the sprawling diversity of its many contributors, who each bring their own lived perspective to the album’s vibrantly assembled mosaic.

The inclusion of Jean Leloup also notes a rare but vital intersection between francophone and anglophone music that reflects the reality of living in Montreal. Along with Godspeed You Black Emperor! Bran Van was one of the first groups to establish the Mile End as the heart of the city’s music scene. Working within such a self-contained creative hub, it makes sense how they were able to wrangle such a diverse range of genres while still retaining their own distinct flare. This creative tradition built the neighborhood’s artistic foundation for the 21st century, when the torch was passed to artists like Arcade Fire and Grimes who subsequently conceived seminal albums within the same city blocks.

Apart from the standout singles ("Drinking in LA", "Everywhere", "Rainshine", "Afrodiziak") Glee isn’t the kind of album that feels like a masterpiece on the first, second, or even third listen. But its legion of (international) cult followers suggests a cultural positioning that was greater than its sole Juno win. There are so many bizarre, scattered details that colour the sonic and lyrical palettes of the album, and the sudden shifts that seem inaccessible at first eventually prove to be the album’s most enduring charms. It hits just as hard in 2020 as it did in 1997, but in a more familiar way. Few albums have ever been so rooted in one decade while simultaneously encompassing the zeitgeist of the current moment, and that’s what makes Glee such a timeless Canadian artifact.