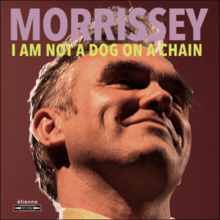 Stuck in self-isolation amidst the eerie North American COVID-19 lockdown panic, I often recall Stephen Patrick Morrissey’s 1988 single “Every Day Is Like Sunday”. In a classic Morrissey ballad, he juxtaposes bucolic melody with dour fatalism as the narrator laments a still seaside town’s quietude awaiting the impending nuclear apocalypse. All is silent and grey as Morrissey begs for the world to end, “Come Armageddon, Come Armageddon please”. Though the song is set moments before the End, we get the feeling that for Morrissey this is just like any other Sunday.

The greatness of “Everyday Is Like Sunday” lies in finding apocalyptic calamity in the weekly horrors of the Sunday Scaries. Though long relating to this song through mundane sadness, one can now look out on the eerie stillness of quarantined metropoles, citizens resigned to self-isolation (a very Morrissey state of being if there ever was one) and chalk another point on the board for Moz as “Everyday Is Like Sunday” has poignancy even in these End Times.

If there’s a fundamental flaw in Morrissey’s 13th solo album, I Am Not A Dog On A Chain it’s in his failure to draw personal trauma out of his resentment for the world like he does in “Everyday is like Sunday”. Dog On A Chain continues to cast political aspersions - thankfully free of his currently distasteful commentary - but its anger lacks the depth and identity that endeared rather than repulsed the listener.

Eliding any discussion of what may or may not be Morrissey’s actual political beliefs, Dog On A Chain otherwise feels like a typical Morrissey album: belting choruses, acerbic wit, interminable loneliness, and unending defiance. While Morrissey personally delivers some of the most articulate, square-jawed performances of his career on songs like “What Kind of People Live in These Houses”, Dog On A Chain is ultimately weighed down by a hefty production and lyrics lost in generality.

Morrissey’s self-admitted hopelessness to any instrument other than his fulsome, acrobatic voice has often resulted in production as the decisive factor in his success. And now, though he’s several albums removed from the hard rock stylings that dominated his great 2000s run, Dog On A Chain continues to sport an alarming aggressive aesthetic. The clunky, overbearing approach to instrumental embellishment and compressed mastering makes for a listening experience that is occasionally pleasant but more often exhausting.

The multitude of bass-heavy synth tones on “Jim Jim Falls”, “Darling, I Hug a Pillow”, “I Once Saw the River Clean”, and “The Secret of Music” frequently compete against non-sequitur bells and whistles like blaring mariachi horns, mandolins, guitar leads, and guest backing vocals. This makes for overcrowded song structures that feel cut and dried rather than natural progressions. Where the lyrics are not particularly strong, the overblown instrumentation on songs like “Love Is on Its Way Out” simply overpowers the theme.

Even the duet “Bobby Don’t You Think They Know”, featuring the muscular voice of Thelma Houston manages to feel out of place. Whatever unlikely chemistry might exist between the two troubadours is obscured by mixing the naturally more sonorous Houston beneath Morrissey resulting in a collaboration that feels like an afterthought rather than alignment.

Ambiguity has long been a hallmark of Morrissey’s writing, creating significant intrigue around themes of sexuality, childhood, friendship, and abuse. However, at their best, the lyrics sustained interest through shadowy gestures to painfully specific events  (See The Smiths’ classics: “Back to the Old House”, “William It Was Really Nothing”, “Cemetery Gates”). In Dog On A Chain, the ambiguity is replaced by generality lacking in the detail that provided a window to a fraught inner life.

A song like “Jim Jim Falls”, for example, is free of almost any personal connection and merely seems an excuse to tout decisiveness in the contemplation of suicide. Further, “Love Is On Its Way Out” and “Knockabout World” are satisfied to give a shallow, trite insight to the world at large rather than a glimpse at the life of a perennially depressed poet – a unity otherwise achieved on the aforementioned “Everyday Is Like Sunday”.

The title track is brimming with typical Morrissey wit, but it’s an uncomfortably blunt sentiment from a man who is more adept at showing his disregard for public approbation through political inflammation rather than the haughty sloganeering contained herein. “I Am Not A Dog On A Chain” works fine as a mission statement, but one can’t help but question the emptiness of a persona built purely upon contrarianism.

Dog On A Chain thankfully ends on a strong note with “My Hurling Days Are Done”, where Morrissey recalls his Irish heritage through the rough field game of Hurling. Like the titular game, Morrissey has been outmoded by time and no longer greeted with warm welcome save for a dwindling cadre of fans.

With “My Hurling Days Are Done”, Morrissey shows that he’s at his strongest when he can simultaneously decry the state of the world while deprecating the state of himself. This humbleness balances an ego otherwise sourly rampant and reaffirms Dog On A Chain as an album about how hard life can be for someone desperate for love yet doomed to ceaselessly antagonize public sentiment.

It’s been a long time since Morrissey could unify his disdain for the world with his ironic self-loathing as well as he did on “Everyday is Like Sunday”. He can still hit these highs every now and then, but it’s too bad he doesn’t now because a global pandemic is the perfect time for some informed levity.

I Am Not A Dog On A Chain