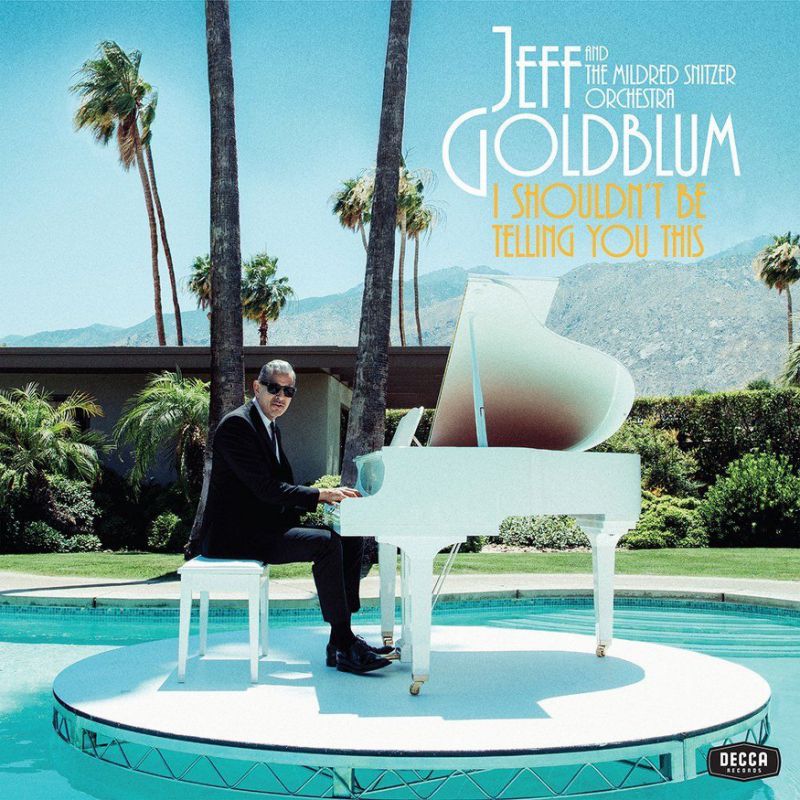 You know movies that show you the best parts in the preview, then fall flat when you finally go watch them? Well, Jeff Goldblum’s latest jazz album, I Shouldn’t Be Telling You This, brings that similar flat, anti-climatic feeling.

Gaining a quiet reputation for years now as a jazz pianist, Goldblum has been making appearances on talk shows and Wes Anderson film sets with his smooth improvisational lounge jazz for some time, already dropping a mostly instrumental album just last year. The buzz leading up to the Hollywood star’s next traditional if not standard fare hinged on its curation of special guest singers.

Needless to say, it’s the most interesting parts of the 11-track album. Sharon Van Etten’s breathy, ethereal vocals in Let’s Face the Music and Dance carry a song that’s, otherwise, a boring and predictable jazz line. Likewise, Miley Cyrus’s cameo on the album also brings a much-needed edginess to wake up “The Thrill is Gone,” which quite honestly, without her, could be mistaken for any other jazz song. It's Goldblum’s knack for curation that elevates the record, but simply plucking Fiona Apple out and putting her on a track doesn't equate to compelling jazz.

Take the cover of Buddy and Cathy Rich's The Beat Goes On on the first leg of the album. The performances are solid, but aside from a mildly impressive piano solo on Goldblum’s part, what exactly is keeping us here? That's the record's problem. Goldblum may be a student of jazz, and a good one at that, but when a track like this lacks the unbridled energy of the Big Swing Face cut, the only thing that's left is persona-- and when modern jazz's recent stars carry the chops and philosophies of artists like Kamasi Washington, Thundercat, and Flying Lotus, persona can only go so far.

I'll give him this, though: Goldblum’s piano playing shouldn’t be overlooked. Despite the album’s overall cliche and trite vibe, he flashes his pianist skills on tracks like “The Kicker,” and “The Cat” where the meme-in-real-life’s organ playing takes center stage. The band, though victim to fairly monotonous sheet music, is the best money that a Jurassic Park salary could afford, which amounts to incredibly well executed elevator music.

It’s fair to say the album amounts to a Hollywood B-lister’s well-financed hobby. Ear-pleasing, inoffensive, and probably algorithmically suited to slide into whatever “jazz” playlist Spotify recommends for you.

I Shouldn't Be Telling You This

It Is What It IsThundercat