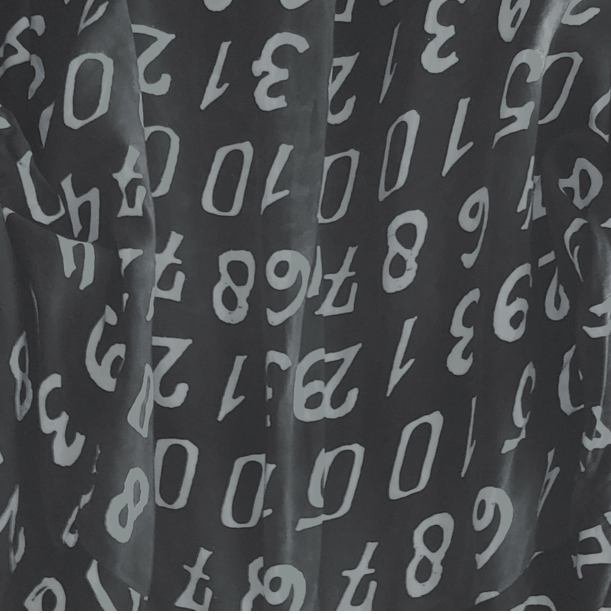 Toronto is diverse. Not only in its multiculturalism and its distinct neighbourhoods, but in the vastness of its music scenes and their unique histories. Home to a terrific reggae, dub and soul scene from the mid-60s and 70s that echoes to this day, it is also known for big time indie rock acts from Ron Sexsmith to Fucked Up and Broken Social Scene somewhere in between. However, the experimental scene in Toronto hasn’t gotten as much attention as it deserves. No wave fixture New Fries’ latest tries to do something to rectify the situation.

Is the Idea of Us is New Fries’ first album since 2016. The album sounds like the band experimenting, trying out new identities and figuring out who and what they want to be after they reformed following the departure of synth player Ryan Carley. As a result, the album is both promising and frustrating. Fumbling between danceable beats and formless experimentation Is the Idea of Us often veers toward the tedious end of repetition instead of the transcendent.

The album is produced by Toronto experimental wiz Carl Didur of Zacht Automaat and formerly of U.S. Girls, whose influence permeates through the record. You can feel his presence in the clangs, plops and washes that are peppered throughout the album. New Fries have always positioned themselves on the experimental end of Toronto’s many music scenes – the end that has produced acts like Fifth Column, Simply Saucer, Slim Twig and labels like Healing Power Records-and ITIOS continues that trend.

The album opener “Bangs” lives up to its name, as it does in fact, bang. It begins with a sparse drumbeat and a slinky bassline that works more as a fill than as a beat. Then it grows with classic beat building fundamentals as a synth resembling a siren kicks in and fills out the mix. It slowly swells over the same entrancing mechanical pattern sounding like a flurry of nuclear lightening bugs bashing against each other trying to escape the confinements of a sealed jar.

Unfortunately, the album rarely reaches these peaks again. “Lily”, begins with a promising propulsive disco beat adorned with what sounds like clanging cash registers, but it loses its way after a couple minutes and outstays its welcome. The singles, “Plonce” and “Arendt / Adler / Pulley Pulley Pulley Pulley” similarly underwhelm falling prey to a sort of repetition ad tedium. Repetition, whether in house music, post-punk, or blues needs to grab you by your marrow and shake your insides into submission. I was willing to give in, but the songs lacked the requisite groove or raw power to shake my innards. This isn’t to say that the songs are bad. Far from it. They are frustrating, because the songs come close to rattling your bones, but rarely succeed.

“It lacks a mood, it lacks definition” lead singer Anni states on closer “Arendt / Adler / Pulley Pulley Pulley Pulley” and this is exactly the issue with the album. Yes, some of the experimentation and curiosity pays off at times in the album, as in some of the “Genre” interludes (“Genre IV” and “Genre VI”, in particular), but overall it leaves the listener wanting more. The album is on the right track and points to something that could be great, but leaves you a little lost. The vocals have conviction, but struggle to convey this conviction to the listener, veering toward the corny instead of the thorny. The instrumentals are intriguing, but lack the immediacy needed to keep the listener intrigued throughout the album.

They are touted as a no-wave band, but that seems to miss the mark. They express some core no-wave tenets like not really knowing how to play your instruments and a focus on repetition and space over passé notions like melody or harmony. However, they lack both the bubbling menace and jagged funk of no-wave classics like James Chance and the Contortions, ESG, and Liquid Liquid (the band they most resemble). By the end of the album I was left hoping that they had paid more heed to the words of New York no-wave legend, Lydia Lunch: “if you can’t do it good, do it hard.” Throughout the album they often do it good, but not hard enough.

Is the Idea of Us