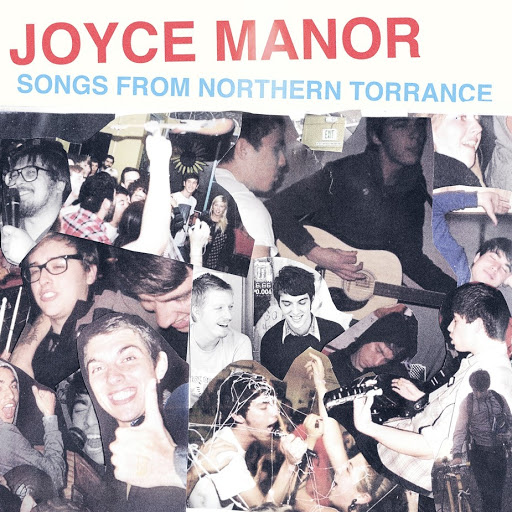 Conventional wisdom in rock criticism dictates that a band should never release a compilation of b-sides, outtakes, or early works for broad consumption until they have produced a masterpiece. Save for a small cohort of dedicated fans willing to pour over anything and everything a band does, such a release from a masterpiece-less artist smacks of either misplaced hubris or cheap cash-grab. Fortunately for Joyce Manor, they made Never Hungover Again back in 2014, a raucous affirmation of juvenilia sending up the frustrations and lovers’ follies of a Southern Californian youth.

With this qualifying factor out of the way, we can welcome the arrival Joyce Manor’s Songs From Northern Torrance, a record that singer/guitarist Barry Johnson described on Twitter as “a thoughtfully curated compilation of pre-Self-Titled [album] material recorded between 2008-2010.” The tracks consist of home recordings like “Who Gave You a Baby” and “Danke Shoen” and earlier versions of live show bangers “Constant Nothing” and “Leather Jacket”.

Though Joyce Manor have cleaned up their act in the past two releases, crafting poppier albums with Cody and Million Dollars to Kill Me, including the high-end engineering of Converge’s Kurt Ballou, their heart-on-the-sleeve frustration is well-suited to Torrance’s lo-fi charm. The band’s brand of catchy emotional hardcore in two-minutes-or-less is presented here in raw, nascent form that captures their shout-along live shows – an event that will sadly be postponed indefinitely as COVID-19 still ravages the globe.

The unbridled energy on these early works hints at what one might be tempted to call “authenticity” – the songs aren’t dressed up with fine tuned snares or lead guitarist Chase Knobbe’s knack for chiming Johnny Marr-esque leads, but the two things that shine through are the qualities that have remained a charming part of Joyce Manor’s core sound: vivacity and sincerity. When you hear Johnson scream, “In your new leather jacket you're somebody else and it's not nice to meet you in a fortress of self/ Thanks to your new leather jacket, we're nobodies now”, the sense of disillusionment and loss of friendship cuts deep, even if brought on by a mere change in apparel.

“Fuck Koalacaust” shows an early example of Johnson’s characteristically frantic lyrical delivery that explodes like bottled up feelings too long supressed by shyness or shame, with some gang vocals for extra solidarity. It’s a deeply affecting sense of honesty also seen on the awesome “Chumped” where the band’s thrashy loud-quiet-loud dynamic over a sweet major-seventh chord hits an aching nerve.

It’s interesting, then, to see Torrance as an album of origins, signaled by the LA neighborhood name-checked in the title, and at most of their shows: “We’re Joyce Manor from Torrance, California. Thanks for coming out.” Joyce Manor wants you to know where they’re from, musically and geographically. And this makes a lot of sense because the personal details tumbling out of these songs hint at a fading teenage glory that recedes into golden years, now out of reach but forever unforgettable.

Aside from the “remember when…” good times abound on Torrance, there is also a sense of urgency. Although not an overtly political band, “House Warning Party” rings with timeliness as Johnson sings, “Yeah, your dad, he was a cop and punched me right in the head/ You said. Fuck you, Dad, I hate you”. A little snot-nosed – no doubt – but nevertheless a statement that fits right in with the anti-police brutality protests currently erupting across the country, and sung with true on-brand emo pride. Yeah, fuck the police, man.

So, attuned to both the past and present, Torrance is a welcome peek into the decade-old early works of a band that would soon be spilling out its surging, concise confessionals at the summit of emo’s underground revival in the 2010s. It’s a solid album, and while already familiar to the many likely to tune it, it serves as a modest artifact of legacy making from a band that deserves a little praise.