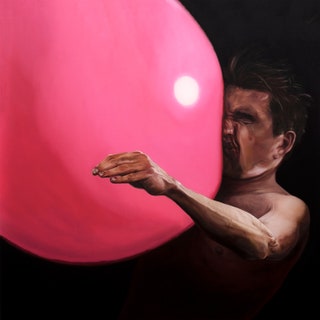 This world along with its inhabitants are “all going straight to hell” according to Joe Talbot on “War” and IDLES have all but resigned to it— but the bastards aren’t going down without a fight. What that fight leads to is a different record than their last effort, the breakthrough Joy as an Act of Resistance. Like its predecessor, Ultra Mono is fueled by aggression, but at times, it lacks nuance; and though a solid release from a group that’s capable of near perfection-- it’s hard not to feel a bit cheated.

IDLES are about as subtle as a sledgehammer and that’s part of the appeal. You don’t listen to records like Joy or Brutalism for a cerebral, slow burning experience; you listen to IDLES to get knocked on your ass. It’s hard hitting punk and it doesn’t waste your time— but it has never been at the expense of intellect. Every choice they make in the studio oozes of intention; Talbot’s lyrics are just as concerned with making you think as they are with making you mosh. Joy was not just a surface level attack of toxic masculinity— it was a full-on deconstruction of the subject. Songs like “Colossus” and “Samaritans” analyze the relationship between father and son and the media’s role in creating a false conception of manhood, “Never Fight a Man With a Perm” going as far as threatening to kick the shit out of a composite of the toxic man before the narrator sees his own threats are contributing to the toxicity. IDLES have always used lack of subtlety as a tool, not a shortcut. This is why Ultra Mono can be so frustrating— many of the songs feel as if the band are just preaching their politics without any finesse.

Themes like police brutality and class oppression should be slam dunks for a band this talented, but “Reigns”  comes across as an only half-conceived cut, failing to present a compelling structure or Talbot’s usual dyspeptic wit. “Pull on my reigns” rings like a signature IDLES hook without a proper song to call it home. It’s actually one of Ultra Mono’s greatest tragedies. “Ne Touche Pas Moi” tries to construct a dance anthem about combating sexual violence that comes off as inauthentic and lacking of any discernable observation. The final verse of “Mother”, one of IDLES best singles that delves into similar subject matter,  is some of the most impactful songwriting of the last decade and it didn’t require Talbot to scream the word “consent” 8 times to get its point across. Using music as a political vessel is awesome— it’s part of why IDLES is one the best groups to emerge in the past 5 years— but it’s more effective if the song actually sticks.

When Ultra Mono hits, it hits harder than the pink ball catapulting at the man on the album cover. “Grounds” is a highly satisfying takedown of performative activism, comparing its usefulness to “staring at the sun”. The heavy guitar lick that breaks the monotony of the synth emanates a call for genuine change and not just declarations of being offended. “Model Village” catches Talbot trying to suss out the prejudiced maggots of suburbia like Jeffery Beaumont trying to expose Frank Booth but with the energy of Zach De La Rocha rolling down Rodeo with a shotgun.

“Mr. Motivator” cleverly uses the criticism of IDLES being a “catchphrase” band as a way to affirm to their audience not to be confined by the labels people try to bestow on them, listing strikingly absurd visuals before sardonically asserting “how’d you like them cliches?” The “one for the haters” well does start to run dry however with songs like “The Lover”, a tirade of surface level, petulant lyrics that are reminiscent of the worst Logic has to offer. There lies the dichotomy of Ultra Mono. It constantly walks a tightrope between top tier IDLES material and some of their weakest cuts to date. What’s left is a flawed but decent record with plenty of high points that would be a welcome addition to anyone’s vinyl collection. But when the standard of previous releases has been so high, it’s hard not to leave wanting more.