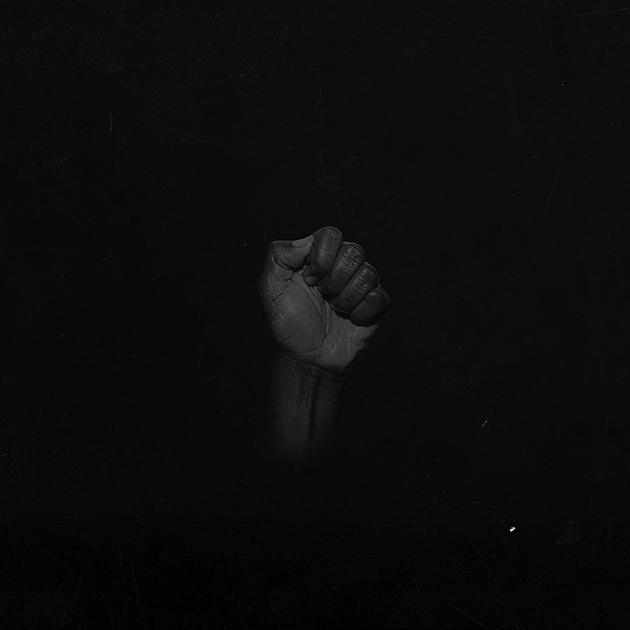 Some albums that respond to a political moment get trapped in the era it pertains to, others have the ability to transcend it. Sault’s latest album Untitled (Black Is) is of the latter variety. It is an album rooted in the now, but one that also calls back to earlier periods of the struggle for Black freedom and equality. It is an ambitious album that can be thought of on at least three levels. First, as an exploration of Black identity and expression. Second, as a concept album of the global resurgence of the Black Lives Matter movement in response to the murder of George Floyd by the police. Third, as a history of Black culture and Black life as refracted through our current moment.

Sault enigmatically burst onto the scene last year releasing two of the best albums of 2019 (5 and 7). They did no publicity for the albums and carefully protected their anonymity. The only thing known about them was that they were from the UK… maybe. Regardless, their eclectic sound that references and fuses a range of predominantly Black music from gospel to neo-soul to disco made an impact. Untitled (Black Is) is their first overt statement on who they are. Per their website, they are Black people fighting for their lives in response to police brutality and systemic racism and they are focused on change.

The album title sets the tone for Sault’s exploration of Black identity and expression. Following Untitled with the open statement “Black is”, Sault affirms a concept of Blackness that is not subjected to the constraints of white society’s expectation or understanding of Blackness. The title suggests the myriad potentialities of Black identity and expression, while the stark Black power fist on the cover highlights that, while there is injustice, Blackness will necessarily involve resistance and solidarity. The music and lyrics of this wide-ranging album further develop these themes.

The music references an array of genres from the African diaspora. From the call and response blues that kicks off the album, to the dub of “Don’t Shoot, Guns Down”, to the soulful beats that recall the RZA and Kanye on “Miracles”, the music exalts a diversity of Black identity and expression. Throughout there are also shout-outs to contemporary RnB, boom-bap, the funky side of no wave, Malian guitar sounds, and much more. But it’s not only a reference, Sault expertly fuses genres together to create a fresh contemporary sound that is born out of a particular musical history.

Throughout the album there are interludes that directly speak to Black identity. “X”, “Black Is”, and “Us” are spoken word interludes that not only show the expansiveness of Black identity but revere it. This is exemplified by lines like, “We are powerful creators”, “Black is love”, “I don't believe in the myth of the angry Black woman / I believe in the magic of Blackness”. Meanwhile, the lyrics of the songs speak to different aspects of Black experience, like police brutality, spirituality, and community.

At a Black Lives Matter protest I attended, one of the organizers played Kendrick Lamar’s “Alright” and noticed that some of the crowd felt uncomfortable grooving to the song. In response she reminded the crowd that it’s okay to dance and smile even when you’re grieving; that living with pain and joy at the same time is an essential part of the Black experience. This album is an expression of that: resistance, solidarity and joy in the face of pain and oppression.

Untitled (Black Is) further digs into these themes as a concept album whose protagonist is the international Black community. “Out the Lies” sets out the twinned thesis of the album with chants of, “The revolution has come” followed by a spoken word moment that states, “Black is benevolence / Black is a lifeboat after an SOS … And when everything else fails / Black endures.” The first part of the album is about the current BLM movement and the resistance to systemic racism. “Hard Life” recognizes the struggle of all Black people, while asserting not only that things will change but demanding change through calls of “Finally we’ve reached the end.” Nonetheless, the violence they’re resisting takes another Black life in “Wildfires”. “X” re-engages the process of bringing Black people around the world together to resist and rise up. The centre of the album is dedicated to the fostering of solidarity and resistance in response to oppression. “Us” is the moment this struggle transcends the material realm bringing the people in the current struggle together with those lost to it and uplifting them into a spiritual realm where love for those living and dead leads to eternal life for all. This, however, is followed by a reminder to the listener that there are still monsters out there.

“Junechild” starts the final phase of the album, in which the album’s protagonist is reborn out of the struggle for freedom and equality with fiercer resolve to continue the fight for justice until they in fact reach the end referenced in “Hard Life.” This itself is a call back to the moment of resistance we are currently in – making it clear that it must continue.

The album is full of call backs of this sort. The songs in the album reference themselves either in the music or the lyrics, providing an elliptical cohesiveness to a rangy album. Untitled (Black Is) consciously references itself, implying not so much that history repeats itself, but that change only arises out of a continuous struggle to break the cycles of history.

There is a moment in Dr. Scot Brown’s CAUSE lecture on funk music and the Black community in Dayton, Ohio in which an audience member states that Black music is the history of Black people. Black music traces the diaspora of Black people from Africa, throughout the United States, and the rest of the world. The strength, love, beauty and freedom within Black communities around the world is expressed on Untitled (Black Is) through the blending of countless styles of Black music from across the globe, expressing the love and solidarity of those communities.

The social currency of Black music is stolen out of Black communities by a white culture that also dismantles its material ties through socio-economic oppression. In other words, Black music is a history of Black people and a part of Black culture, but it is also a basis for white culture. American pop music is always either Black music or appropriated Black music that’s directed to a primarily white public and marketplace. This is analogous to how Black people’s labour is the foundation of a primarily white public sphere and marketplace.

Untitled (Black Is) responds to this by resisting against white supremacist institutions like the police through the positivity, strength, and solidarity of Black protest music. A music that is not only reactive, but also proactive in that its message of resistance is counterpointed by a message of love for yourself and your community. In this way the album interprets the history of the African diaspora through its music and reinterprets it for the current moment of resistance.

Sault is clear that this album is made by Black people for Black people. Yet, it should also be enjoyed, interpreted, and felt by non-Black people. It challenges the non-Black listener to engage with Blackness on Black people’s terms by taking an active approach to listening and consuming Black music and culture; to understand the Black history and the importance of Black communities. It demands that if you really like Black music and culture then you must not only respect and value the communities who create this culture, but you must support their resistance.

Music is always a means of uniting a community. It brings people together. It’s an act of solidarity. Untitled (Black Is) is an act of solidarity and resistance and a call to continue these actions. As they sang on their first album 5, “You wanna change things? Add a little bit of Sault.”