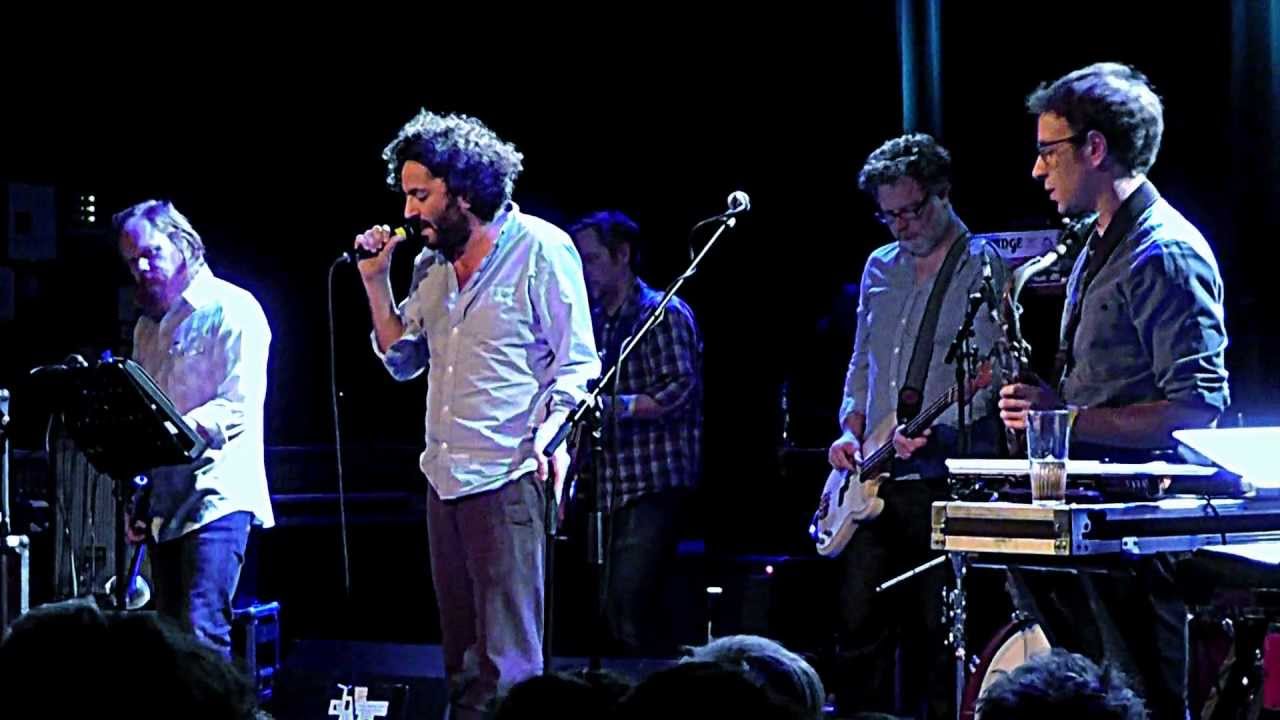 Last night at the Opera House, Dan Bejar brought his seven piece band to life in front of a sold out audience. The 60+ date tour is promoting his latest sophisti-pop foray Have We Met, which has been receiving deserved critical and (more deserved) popular acclaim. The setlist included the majority of the new record, including a tumultuous rendition of “foolssong” along with a couple tracks from Kapputt, Poison Season, and ken. Long-time fans were also graced with a thankfully boisterous performance of Destroyer’s Rubies near-masterpiece “European Oils”.

The gift of the Destroyer live performance is to bear witness to a band’s rare ability to propel even the most apathetic bohemianisms into explosive rock n’ roll. This is due in no small part to the astounding performances of drummer Joshua Wells who revivified the “fake” drums and sequencers populating Destroyer albums since Kaputt in 2011.

While a track like “Cue Synthesizer” may have felt slightly rigid in the studio, Wells’ drumming energetically battered the song to previously unrealized crescendos. This continued into the momentus “Poor In Love” which, through guitarist Nicholas Bragg’s tremolo shredding, brought the house down to strobe-y stage lights and thunderous applause. Even the dissenters to Destroyer’s disco shift in the 2010s would be floored by the kinetic interplay between the musicians who, while rarely striving to virtuosity, were never afraid to show their flare.

The big surprise of the evening was the rollout of Kaputt’s behemoth synth-epic “Bay of Pigs”, a song that when experienced in studio format sounds at best logistically improbable, and when experienced live somehow still sounds logistically improbable. How did he pull it off, you ask? Well, don’t tell the musician’s union, but the band was working double dockets. The drummer was playing both acoustic and pad drums, the lead guitarist was on electric jazzmaster and woodblocks, the piano player had two keyboards, and the rhythm guitarist was on electric, acoustic and synthesizer. Not sure what he’s paying these guys but it can’t be enough.

This workhorse ethic made vocalist and bandleader Dan Bejar out to be quite the task master despite his slanted gait pacing around the stage holding his three-foot mic stand like a cane as he queried out the lyrics to “University Hill”. And when he wasn’t singing and poetically gesticulating he was crouched down, swigging a Stella tallboy so as not to obstruct the band’s double-time climax in “Dream Lover”. Don’t get me wrong, this wasn’t a lazy performance, Bejar’s physicality merely manifests his languid lyricisms, ultimately making for dazzling entertainment in contrast to the top-tier musicianship erupting right behind his back.*

*As for the opening act, Nap Eyes, I will deftly sidestep a glaring - yet apt - pun, and instead be satisfied to say that those four young lads from the Halifax sure looked like they were having a good time on the mainland, and boy were they polite!