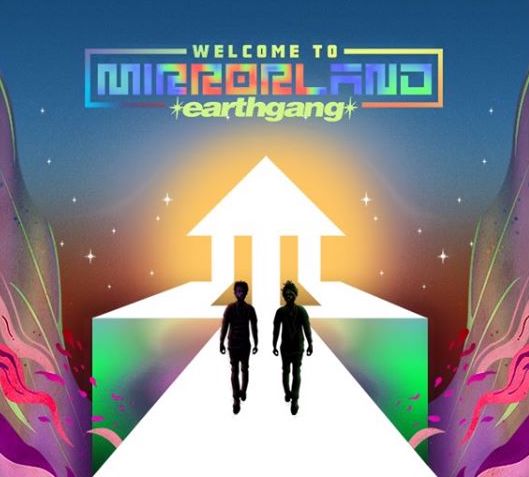 They had the crowd in the palm of their hand. If EARTHGANG’s live reputation is any indication, their at-capacity show at Opera House in Toronto this Sunday was sure to be a spectacle. EARTHGANG have taken off since signing to J. Cole’s Dreamville imprint in 2017. Gaining notice for their outlandish style and recognition for their talents as MCs and the sharpness of their music, the Atlanta rap duo have quickly risen to one of the best and prolific rap groups out there.

Fans stood shoulder to shoulder with a near impossibility of reaching the lower level if you arrived at the venue after 8:20. Opener Mick Jenkins, noticeably irritated, allowed a sub par crowd reaction to derail his set, seemingly cutting it short before playing a few bangers and having his DJ clean up the mess.

The moment EARTHGANG walked on stage the audience performer dynamic flipped, but it had little to do with favouritism. If their unbreakable energy and crowd engagement prove anything, these guys have been busting their ass for 12 years. Watching the crowd go from pedestrian to relentless was impressive and well deserved.

To say the audience was elated by Olu and wowgr8’s terrific stage presence and even better chemistry would be an understatement. EARTHGANG’s impeccable live show boasted a nearly dizzying set sequence that ticked all the boxes: “This Side”, “1993”, “Stuck”, “Bank”, “Meditate”, “Proud of You”… it was non-stop.

WowGr8’s intensity, Olu’s fluidness and the chemistry between them was captured brilliantly by a banger sound and lights team. Anyone who doesn’t understand how a rap group with such a bizarre aesthetic is climbing up the ladder so quickly should stop by an EARTHGANG set at one of their many festival bookings this season.

It was eventful to say the least. There was a harrowing moment of silence for Kobe that even Radiohead could not accomplish. wowgr8 commanded a full floor mosh for Dreamville posse cut “Down Bad” and the group even brought volunteers on stage for an impromptu dance off to “So Many Feelings”. None of it felt forced or out of place and the entire set was seriously fun.

With a decent range of sound that effortlessly zips through Badu-esque spiritualism, dab trap, and 90s house party hip hop, their music comes from a place of eclecticism, but there’s also a sense of advocacy here. Throughout the show EARTHGANG called on fans to not only chant their name but calls of “fuck racism”, “fuck sexism” and “fuck fucbois” and “…fucgirls” alike…They’re clearly equal opportunists. There was even a crowd singalong to YG’s now iconic “FDT” better known as “Fuck Donald Trump”. The group called on audience members to put up fists, wave their arms, rub their fingers together, and put up “M”s like some gangster rework of a children’s class playing Simon Says. These guys are reinventing rap show call and response.

A fittingly high energy set from a high caliber group.

Check out our whatabout profile on EARTHGANG here.