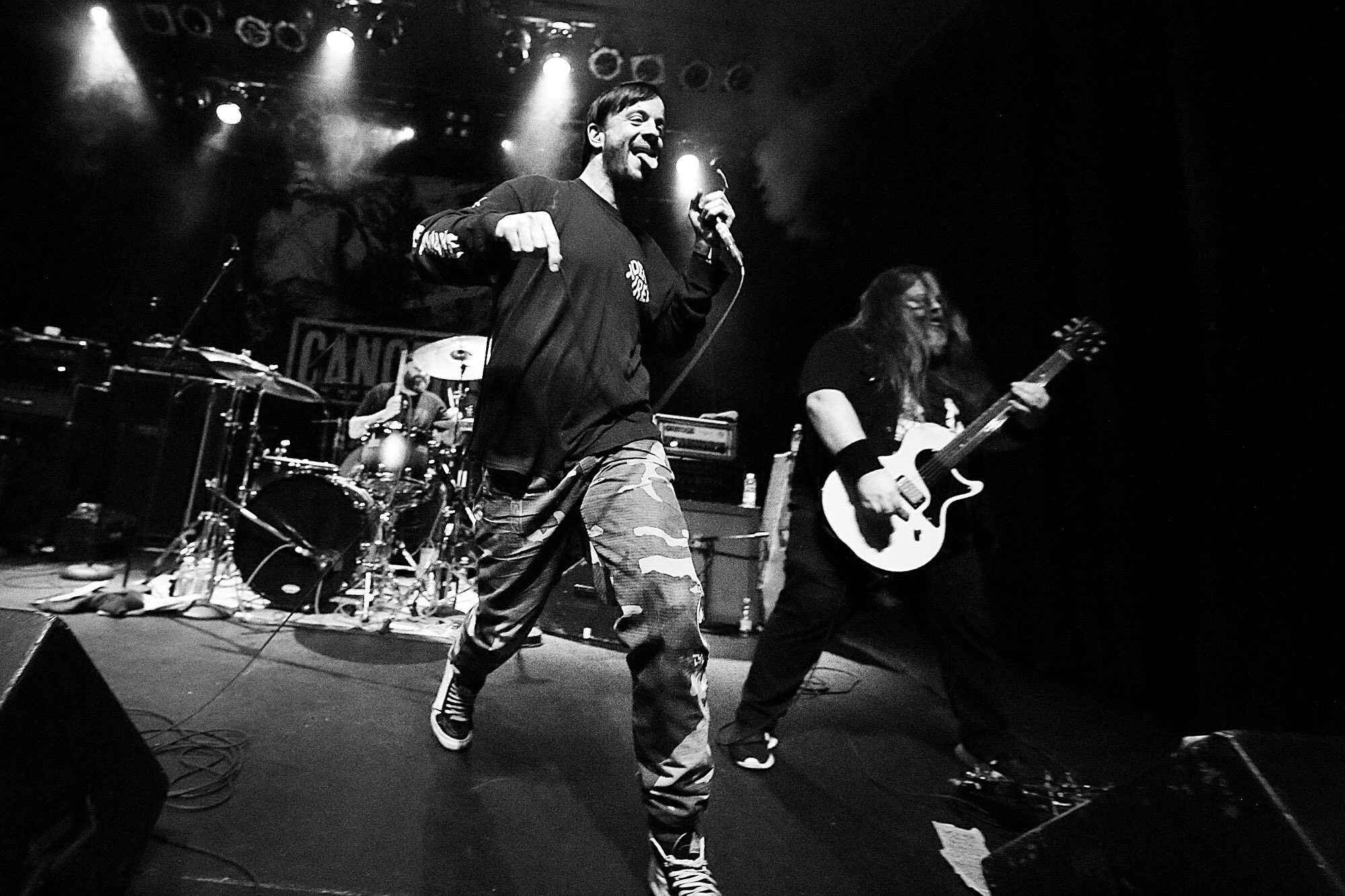 Embrace and Indie 88 were kind enough to grace us with a multi-night extravaganza on Saturday at The Phoenix. The triple bill featured long time post-punk floridans Hot Water Music as headliners performing two of their full length albums between given dates. The band’s 25 years have been full of hiatus and jumps but they decided to clean the old rust off with an expansive tour, a few dates per city.

On top of the Florida Punk act we also got some self proclaimed Whiskey-Metal from none other than Toronto’s very own Cancer Bats. Founded in 2004, the band has seen its fair share of action and glamour on the scene, performing with tons of notable fixtures including Alexisonfire, Every Time I Die, Rise Against, and many others. They’ve been a staple of Toronto’s moshing, stomping, drunken rages for years and their performance at the Phoenix Club was no different. To kick it all off though was Oakville natives and metalcore group the Full Blast. After calling it quits back in 07’ it had been a long while since we’ve heard anything from these guys and having them open was a great nostalgic callback to my middle-school, early high school years full of speedy drums, loud harmonies, and melodramatic riffs for days.

Cancer Bats were the highlight of the night. Oh boy can these guys still go hard after almost two decades. They played a mixed bag from their entire discography with thunderous tones on songs like “Bricks and Mortar” to “Hail Destroyer”, the title track of the same name. Each song pulling at the crowd with waves of sonic anger and encouraging you to grab one person next to you by the shoulder, whip em around a bit and scream at the top of your lungs. The sound of Cancer Bats is therapeutic.

Hot Water Music was the main event. For long time fans, I couldn’t think of a better way to enjoy their music and hearing more than two full length albums’ worth was a wonderful experience. Ranging from heavy, sweeping post-punk to acoustic, down south emotional drives, they were playing from a place of feeling and insight. An almost three decade spanning career coming to an embracing close out.

Personally, there were two moments that made this night an unforgettable one for me. The first being Cancer Bats’ cover of Beastie Boys’ “Sabotage”. It’s a classic full blast at 11 cranked up to a 20 and the crowd were in an all out brawl. Secondly, my buddy’s girlfriend being introduced for the first time in her life to a Toronto mosh. As soon as our boys started hitting for them pits and walls, she voluntarily entered and got lightly slammed and thrown. However, what made it so special was the smile and laughter that came from her as soon as she reentered the pit. That’s the effect of a Toronto mosh.