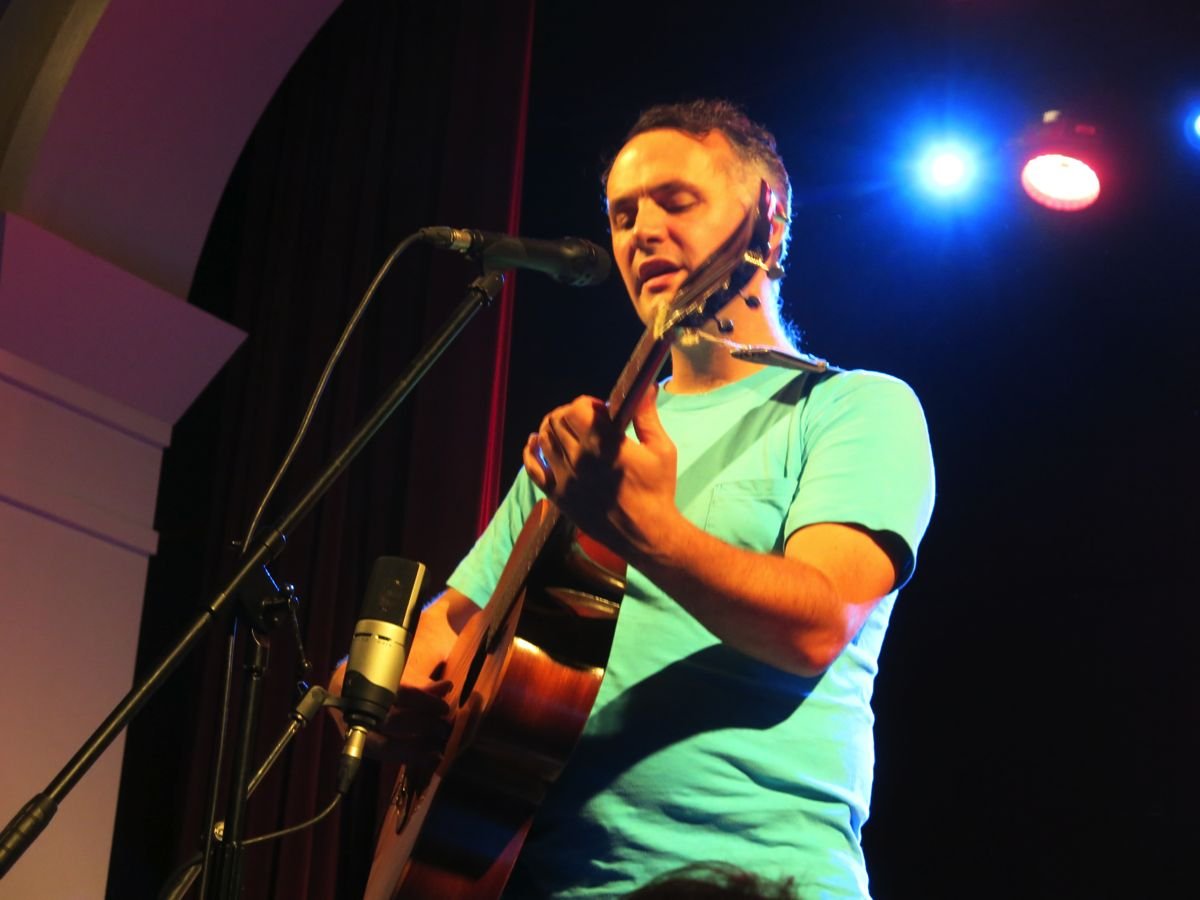 While standing no more than eight feet away from Mount Eerie in the auditorium of The Great Hall, I couldn’t help but thinking of a newspaper quote about Bob Dylan read in Don’t Look Back. “His tour, opening at the 2,700-seat hall, was a sellout, but without one single scream and with rapt attention to every word.” No, I’m not comparing Phil Elverum to the countercultural phenomenon that was 60s era Bob Dylan. However, when notoriously vocal Torontonians are spellbound by nothing but two folk singers and quiet guitars, it’s something to take note of.

Accompanied by Canadian folk singer/songwriter Julie Doiron, the duo played an intimate show clocking at no more than an hour long. Such brevity could leave an audience desiring more, but the enchanting sermon left us suspended in time. The first half of the show was dedicated to Lost Wisdom pt.2 played in sequence, the latest Mount Eerie release that found Elverum pinballing between the death of one wife and the separation from another. The sincerity of songs like “Widows” had me swinging from lyric-to-lyric wide-eyed and transfixed.

What strikes me most about Phil is the reserved control in his vocals. He takes to the mic with whisper-soft clarity. There is a sadness, a deep-rooted pain that brings his vocals to the edge of tears, but never at the loss of precision. He doesn’t miss a note, exemplified in higher register moments like the crowd pleasing “Voice in Headphones”. He could bring the house down if he wanted to, but he chooses to play it cool, creating beauteous harmony with Doiron in the process.

The second half of the show reintroduced the two’s previous collaboration Lost Wisdom, intensifying an already strong crowd reception. They played the material like it had just been mastered, with one comedic exception. “Grave Robbers” fell to pieces due to Doiron miraculously forgetting the words. Onstage banter led to rapturous laughter across the crowd. The dedicated folksters managed to muddle through.

In one final emotional left turn, a cathartic and tragic performance concluded with a surprisingly upbeat rendition of “I Will Always Love You” by Dolly Parton, played just as sincerely as everything that came before. First we cried and then we danced in perhaps the most transcendental show I’ve seen since I saw Weyes Blood open for Father John Misty. It’s hard to articulate the magic. In a performance centered around songs of collapsing relationships, I left The Great Hall with memories fully formed.