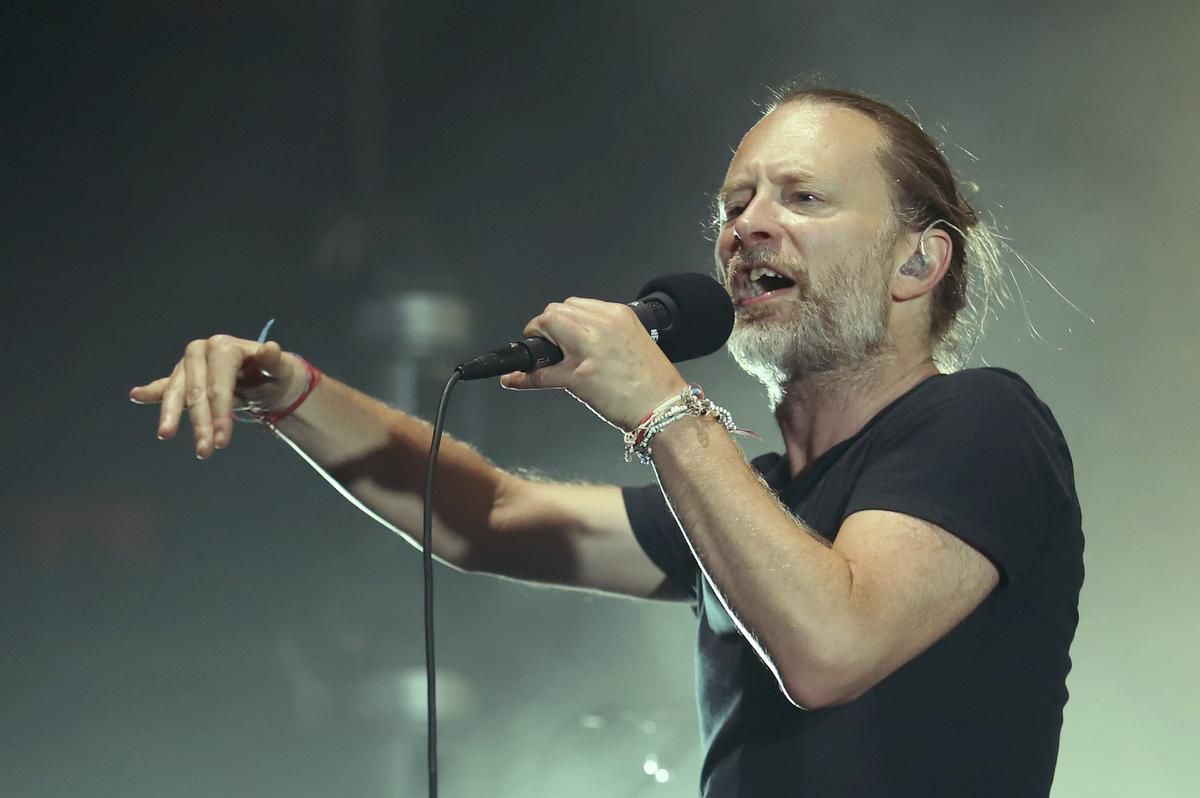 I still think about this often.

Hopefully everyone gets the opportunity to see a show like this. I, myself always have gigs on docket and might be approaching a third digit for event attendance and yes, it would be hard to quantify my love for music without my attachment to the live space. Still, I don’t think I’ve been involved in something quite like Radiohead’s return to Toronto in 2018.

It was summer and Radiohead, arguably the most important band of the past 30 years, were playing back to back nights in support of A Moon Shaped Pool. It marked the first time since 2012 that Radiohead had a booking in the 6ix, despite busy touring in that time frame.

The moment I caught wind of this announcement I scoured Craigslist for a ticket securing a night 2 solo GA for 300 bucks. I was not aware of the preceding circumstances apparently six years in the making.

The last time Radiohead were in Toronto it was 2012. They were set to play an outdoor concert at Downsview Park. Radiohead’s live reputation is unprecedented, touring internationally to a near aggressive level and finding exciting ways to recreate their complex sonics on a live stage.

They did not play. A stage collapse widely believed to be caused by a miscalculation on Live Nation’s behalf crushed the band’s close associate, longtime drum technician Scott Johnson, taking his life at 33.
‍

In the years that followed Radiohead lobbied hard and used their press visibility in hopes of a payout for Johnson’s family. A year later, the Ontario Ministry of Labour served charges against Live Nation, Optex Staging and Services, and engineer Domenic Cugliari under the Occupational Health and Safety Act. After several protracted delays it was announced that the charges had been stayed and were no longer moving forward due to trial time limits.

Plans for the Toronto show moved forward with fans curious as to what the pioneering alternative rock group would do or say. Anticipation for the show was nearly dangerous with both shows selling out in minutes and most tickets moved through fan club pre-sales. The band apparently rehearsed over 70 songs for the tour, pulling selections from their diverse and illustrious 30-year career into varying setlists.

Most tour stops warranted two night stands, no more than two songs crossing over between nights at any given show. With many fans completely blind to setlists, they were prepared to buy tickets for both nights.

To those who attended night one, Radiohead’s undeniable synergy and a set that heavily featured cuts from Kid A, OK Computer, and In Rainbows, perhaps their most vital works, made for a quality show, but something seemed off. The band were uneasy, shaky even, and missing that weird confidence and panache.

At around the two-hour mark Thom Yorke finally addressed the elephant in the room:

“We wanted to do a show in Toronto, the stage collapsed, killing one of our colleagues and friends. The people who should be held accountable are still not being held accountable in your city. The silence is fucking deafening.”

Yorke then took three steps back and stared at the floor in silence in honour of their friend and roadie. The crowd failed to reciprocate. Drunken hollering followed by competing shushing kiboshed the intended minute of silence into a cringe worthy moment for Toronto audiences on the world’s stage. Calls ranged from the well intentioned (“justice for Scott Johnson”) to the down right embarrassing (“Don't hold it against us!”). Clive Deamer stared at his shoes, Yorke looking displeased, walked back to his guitar for final song "Karma Police" and left a "Thank you for that." to the belligerent crowd. Many thought the band would exit immediately and watching the footage today it is pretty bad.

Needless to say people were curious as to how the band would step to the plate for night two.

I roll to the show. The floor is packed. The chatty crowd giddily awaits the band with some stray fans even threatening others to not make a peep during any attempted moment of silence or else feel the wrath of their fist.

Radiohead come out. Their lighting rig is insane, hugely powerful with incredible use of colour and strobe. The mix is better than it’s ever been in Scotia with supreme clarity given to each part. They’re one member bigger now with the addition of second drummer Clive Deamer, giving the triple guitar attack of masterminds Jonny Greenwood, Ed O’Brien, and Thom Yorke another level of rhythmic backing.

They kick off with a few new cuts including the relentless "Ful Stop". Then three songs in, Yorke addresses the crowd: “Sup.” We explode. “I hope you all came to the right show.” The crowd erupts again, a famously aloof Yorke smirks back at the crowd and says, “Sounds like you did.”

Then came a nonstop avalanche of bangers: "15 Step", "Pyramid Song", "Burn the Witch", "Reckoner", the live debut of rejected Bond song "Spectre", "My Iron Lung", "Lucky", "I Might Be Wrong", encores of "Optimistic", "Exit Music", and "Paranoid Android".. the setlist was staggering. Pulling deep cuts and classics from the group’s widely varying albums, Radiohead use their setlist to remind you of the vastness of their catalogue and grandeur of their legacy. Bends era and Ok Computer classics received arena sized singalongs, cuts off Kid A are given a new jolt of energy in their live format, and Amnesiac and Hail to the Thief received proper representation here. There was no shortage of memorable moments: A closeup of Yorke’s famous paralyzed eye gracing the jumbotron for “You and Whose Army?”, the orange light that uplifts the chorus of “Lucky”, mastermind lead guitarist Jonny Greenwood using a radio transmitter to bring in “The National Anthem”.
‍

We’re coming down to the thirty year mark and Radiohead still got it. Remember when U2 were at this point of their career with the All You Can't Leave Behind tour Bono’s silly blue sunglasses? What in the hell was that in comparison to how great and truly respectable Radiohead in the third act of their career.

Johnny is a marvel on stage. Watching him jump from guitar to ondes martenot to theramin to violin bow to snare drum sometimes within a two song radius proves his unstoppable ambition as the technical heart of the group. His iconic hair-over-face countenance has essentially made him ageless and provides the ideal foil to Yorke’s shakes and wiggles.

The whole band are seasoned with the rhythm section of Colin and Phil proving stamina as they impeccably run through Radiohead’s diverse grooves and often odd time signatures, but you really can’t keep away from Thom Yorke. As a frontman, there is absolutely no one who can come close to his ghostly showmanship. Even when Ed and Johnny dropped out to bang drums for a stunning live rendition of "There, There", to hear Yorke take the only guitar track was truly special.

A second moment of silence was not attempted on night two and their didn’t need to be. They closed with “Fake Plastic Trees” a classic off of The Bends primarily about loss, Scott Johnson’s death was in our minds. But for me I was mostly just enthralled at the scope of Radiohead’s live show, this deep into their career and convinced that this is the best band of our time. With seemingly no clear verdict given on the Scott Johnson case, it is unclear when and if Radiohead will return or if that epic night two at the Scotia would be their last gig in Toronto. Here’s to hoping they come back in the new decade.