THE SMACK MEDIA GUIDE TO PRINCE

The Music or The Misery

Tame Impala has become one of the leading and most influential voices in pop music. What began as viral garage jams gracefully evolved into brilliantly hooky synth singles and The Slow Rush shows no signs of slowing down this progression.

In the last year or two, the band has seemingly entered the stratosphere achieving credibility and a universal response across generations. With Parker’s music popping up on albums by everyone from Kanye West to Rihanna to Lady Gaga, there had been a lot of anticipation surrounding the future of Tame Impala.  Fans were rewarded with a clue on March 21st when Tame Impala released their first mainline single since 2015. As if to be used as an underhanded message of reassurance to their fans, the song is titled “Patience”. Tame Impala followed it up with the phenomenal “Borderline” and toured the world on the strength of these two singles and their huge 2017 record Currents.

With the recent releases of album tracks “It Might Be Time”, “Posthumous Forgiveness”, and “Lost in Yesterday” It’s safe to say that there is a lot to look forward to. Demonstrating a natural evolution from Currents, the previewed tracks have Parker’s distinct synth sounds and the studio wizardry will surely be there. With a stadium tour on the horizon, the new life Tame Impala has achieved has left us brimming with anticipation, and in the wait for The Slow Rush we are left with nothing to do but follow the advice of Kevin Parker and have “Patience.”

As Canada’s resident electronic music auteur, Dan Snaith’s one man project Caribou stormed the blogosphere well into the 2010’s with his danceable moody psychedelic tracks. Now into his 40’s, he’s returning in a big way with new album Suddenly and an international tour with a headlining slot at Primavera. It kicks off in his homebase of Hamilton this March and Snaith is still making music that’s distinctly Caribou; synthy, tender, danceable, and mature.

Snaith had seemingly put Caribou on hold, releasing nothing under the name after 2015’s incredible Our Love until he dropped the new wave inspired “You and I” last December. According to Snaith it was “...one of the first tracks on the album that I started and one of the last ones I finished.”

In the years between, he continued to quietly release music; mostly sample heavy edits of funk and disco tracks as Daphni. Caribou’s music entered the mainstream conscious in 2016 when one of his songs was used in an episode of ABC’s How to Get Away With Murder, inciting a dispute between him and right wing pundit granddaddy Rush Limbaugh. Limbaugh claimed it was his “favourite song” and wanted it used as a bumper on his show to which Caribou denied him flat out with a “fuck off on Twitter.

(could be midnight, could be next year) / Roc Nation

Lil Uzi Vert has been waving the release of his next record above the reach of desperate fans for what seems like ages.

Way back in Summer of 2018, Uzi provided a definition for “Eternal” and “Atake” for everyone, “Forever” and “2 Overtake” respectively, alerting fans of music on the way. Later that month he removed all posts from his instagram save for a snippet of “New Patek” and the cover for Eternal Atake. On December 9, 2018, Uzi confirmed the album had been finished. On January 11, 2019 he announced that he had deleted everything and was done with music. Months later he released two singles. Clearly this guy’s got everybody by the balls. Six months later Uzi promised the album would see release in a couple of weeks and that never came to fruition.

Still it’s high on our anticipated list based purely on music alone. Lil Uzi Vert’s off kilter, melodic, and soulful vocal delivery positions him as one of trap music’s most emotionally powerful performers to retain the genre’s sharp edge. Though last album Luv is Rage 2 from 2017 was a flop, his track record of firey singles have legitimized the soundcloud rapper as a trailblazer with unique style both musical and physical. Uzi released “Futsal Shuffle 2020” to instant virality earlier this month, hopefully signifying the release of Eternal Atake this year. But at this point, don’t be surprised if he pretends to delete the whole thing again.

CocoRosie - Put the Shine On

There is a duality that makes up the musical form of CocoRosie. When listened to in isolation, it’s a conjunction of sounds that are unique in their own right. However, when brought together CocoRosie’s music amasses to a convergence of sounds and ideas that pin its personalities as important as its music and reflect the eccentric identities of its two members, sisters Bianca and Sierra.

The upcoming release of Put The Shine On, their 7th album will most certainly be another addition to their strange body of sweet and salty music. From Rosie’s harmonious melodies and classical influence, to Coco’s more rambunctious, experimental sounds, they give freak folk another fanbase right alongside Devendra Benhart.

So far, three songs have been released off Put The Shine On, each showing a characteristically strong degree of versatility and child like playfulness with sampling, playful lyricism and of course those animal toy noises. “Lamb and the Wolf”, perhaps the best of them announces a more pop approach with its grooving bassline. And though now approaching safer tropes like a full studio the group still manage to maintain their experimentalism. One can anticipate that Put The Shine On will deliver on this new aesthetic.

Fiona Apple’s oeuvre is as succinct as it is perfect. Releasing an album every six to seven years, her last record The Idler Wheel… was a melancholic work of brilliance, beautifully detailing the failings of relationships and mental health over dissonant chords and organic percussion. Although the elusive eccentric has been oddly consistent in her output, there is always a fear of when exactly we’ll get a new record from Ms. Apple. So, when she told Rachel Handler in a new interview with Vulture that the new album is only “a few months” away, it was a very big deal.

She knows what the title is (but she’s not telling us yet), she just needs to get the artwork squared away. She doesn’t know if she wants to tour, but she’s talked to her band about the possibility. What we’re left with is an up in the air release date and a whole lot of hope. If The Idler Wheel… taught us anything about Apple, she just gets better with age. 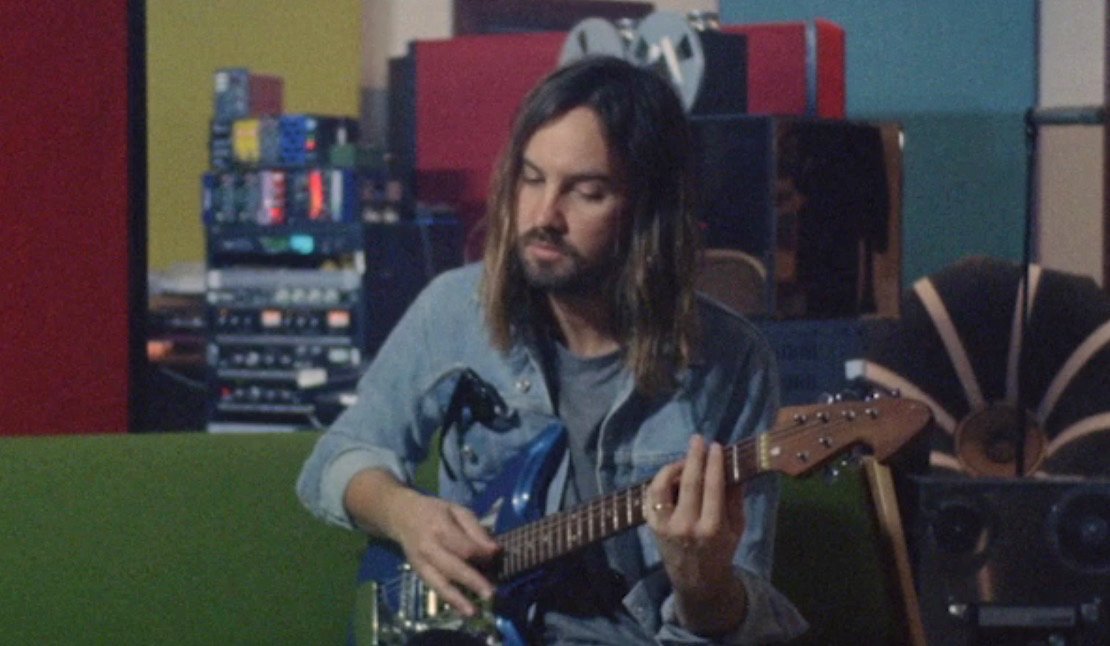