THE SMACK MEDIA GUIDE TO PRINCE

The Music or The Misery

The people at SMACK MEDIA have compiled a list for music lovers who are running out of content to binge in the middle of self isolation. Here are our favourite docs, concert films, and music themed movies and TV episodes streaming on major platforms. (YouTube included for you to throw on your “Watch Later”).

Journalist Estelle Caswell hosts this explainer-style series that discovers the stories and sounds behind some of the best music of our time. In typical Vox fashion, she incorporates great graphics and effects with candid interviews and archival footage. It’s clear how much research goes into the series because oftentimes she’ll touch on current or historical social and political factors that shape and influence music and pop culture. Caswell is a huge rap fiend and some of the best Earworm episodes include ‘How Grey Poupon became Hip-Hop’s favourite condiment’ and ‘Rapping, deconstructed: the best rhymers of all time.’ A bonus to the ladder episode is her Spotify playlist called “The Prose of Rhyming in Rap”. If rap’s not your jam, check out her equally fascinating explorations on trends in jazz, pop, disco and classical music. Binge all of the episodes here.

Where to Stream: Kanopy

Clocking in at 16 ½ hours over the course of eight episodes, Burns’ extended documentary on the history of Country Music in America is, like most of his work, as much about the main subject as it is a socio-political study of the culture that produced it. Throughout the series Burns looks at how class, race, gender, and the social influence of specific historical periods (the hardships of The Depression dominates most of the second episode) all intersect to shape the evolution of first fiddling and bluegrass on through honky tonk, outlaw, and, ultimately, corporate Country music, drawing a line from early stars like the Carter Family to modern giants like Garth Brooks. And they’re at the center, providing the stage to launch a thousand stars, is the Grand Ole Opry, first a radio phenomenon and then a physical auditorium that became the very soul of Country Music, right in the heart of Nashville, Tennessee. It’s a captivating and endlessly informative documentary, highlighted by over 30 interview subjects that include Marty Stuart, Dolly Parton, Charley Pride, Emmylou Harris, Roseanne Cash, Willie Nelson, and everyone else who matters in this oldest and most American of musical expressions.

While Spike Jonze and Michel Gondry are perhaps the most reputable music video directors of the 1990s, there is no question that the finest of Mark Romanek’s works are right up there. Originally included as a bonus feature on the amazing Directors Label DVD series, a flabbergasting who’s who of music industry titans (Rick Rubin, JAY Z), artists (Janet Jackson, Fiona Apple, Beck), and contemporaries (Stephen Soderburgh, David Fincher) came together to celebrate the work of the prolific video director.

Romanek navigates the 40 minute featurette, giving insight into his perfectionist and often prickly approach, but it’s watching nearly every great artist of the second MTV wave discuss their signature visual that makes the mini-doc a must see. Romanek and the famously sensitive John Frusciante’s confrontation behind RHCP’s “Can’t Stop” is summarized as is the difficulty that plagued NIN’s “Closer” from FCC complaints to silent film cameras to rotting pig carcasses. The video ends with Rick Rubin discussing his reaction to the iconically powerful video for Johnny Cash’s “Hurt”, perhaps his best work. “Criminal”, “99 Problems”, and “Scream” amongst many others are also covered. Unlike Gondry and Jonze, Romanek never successfully broke into film and after paying witness to his visual eye, technical ability behind the camera, and modernistic imagination in the music video format, I say with full confidence that this is a good thing.

Radiohead Live From the Basement: The King of Limbs (2011)

The King of Limbs never really had that grandiose significance of Radiohead’s other albums. However, this incredibly overlooked performance shot for Nigel Godrich’s BBC series of in studio concerts exposes the magic that happens when the band and their producer get together. Recorded after the album’s release, The King of Limbs: Live from the Basement features a performance of the full album and then some. Backed with a brass section and an additional drummer (Portishead’s Clive Dreamer), the songs that felt flat and muddy on the record become more effervescent than ever. From the delicate brass arrangements of “Bloom” to the solo tape looping of “Give up the Ghost” to a gorgeous version of “Separator”, you can actually see every sonic detail being forged. It’s the album as it was meant to be heard.

Where to Stream: Google Play
‍

10 years ago, Edgar Wright unveiled Scott Pilgrim vs. The World, a labour of love and meticulous craftsmanship. It flopped as it was ahead of its time. Scott Pilgrim's absurdist, anything goes brand of humour feels strangely predictive when contextualized by front page Reddit memes and TikTok, but it's the music that makes this cult hit come to life. Composed and written by Nigel Godrich and Beck, Scott Pilgrim's now God Tier soundtrack draws on influences of garage rock, Bollywood, 8-bit video game music, and Canadian staples like Metric and Broken Social Scene to amp up its Toronto setting’s homey charm. It's hard not to gush about this vibrant, quotable modern classic. Colours splash on the screen quicker than Scott can jump out a window. If you're looking for a quarantine pick me up, it's only one introduction of "We Are Sex Bob Omb!" away.

It appears PBS is trying to shake off its dusty reputation as your grandparents’ favourite news channel with this series hosted by drummer LA Buckner and classical pianist Nahre Sol. They explore music theory, production, history and culture behind various styles including pop, classical, rap, jazz, electronic music, folk, country, and indigenous music while highlighting the connections in between. The hosts are cool, smart, and unpretentious and though they take some production notes from Vox, they manage to maintain their own angle on unique subject matter. Notable episodes include “Wait...where did Dubstep go?” and “How to get a 10/10 on the Needle Drop.”

Check out the channel here.

Where to Stream: The Criterion Channel

Albert and David Maysles and Charlotte Zwerin’s documentary Gimme Shelter is one of the best rock and roll movies ever. In 1969 the Rolling Stones were the biggest rock n’ roll band in the world. Nearing the end of a successful American tour and attempting to deflect criticisms of inflated ticket prices, they decide to conclude with a free concert in the Bay Area’s Altamont Speedway billed as a West Coast equivalent of Eastern counter culture’s Woodstock. Stones tour manager Sam Cutler cut a deal with a company of Hell’s Angels full-patchers to stand guard for the handsome fee of $500 in beer and all hell breaks loose.

Part of Gimmer Shelter’s intrigue is seeing the various players justify their positions, including a bizarre phone call with Hells Angels leader Ralph "Sonny" Barger. The film is a testament to how an artistic document can effectively portray pop-culture as microcosm for a shifting Zeitgeist. American optimism took a beating in the 1960s from which it would never recover, leaving wounds and scars which hitherto remain unhealed; this makes Gimmer Shelter essential viewing.

But tragedy and aesthetic theses aside, Gimmer Shelter is a flat-out ride. Highlights include Mick Jagger prancing around Madison Square Garden in an Uncle Sam top hat and later getting punched in the face by a bladdered fan.

Where to Stream: Amazon Prime

Among the surge of last year’s music themed movies from the UK (Yesterday, Blinded by the Light) this one really stood apart from the rest, and with good reason: lead actor Jessie Buckley truly shines against the Glaswegian gray that colours this film, playing the mercurial titular character, Rose-Lynn Harlan. It’s the portrait of an extraordinarily talented country music singer who just happens to be a struggling single mom with a criminal record and few opportunities on her horizon. The film offers beautiful glimmers of hope when we hear Rose-Lynn sing, and the self-made-star-is-born premise of Nashville dreaming never collapses into cliché or cloying sentimentality, maintaining its tough Glasgow grit throughout. Watch too for cameos from real Nashville artists Ashley McBryde and Kacey Musgraves. Streaming now on Amazon Prime.

Where to Stream: Kanopy

With Oscar winner and ‘Amy’ director Asif Kapadia at the helm of production under the banner of A24, ‘Supersonic’ is the no holds barred story of the meteoric rise of Oasis. From the voices of Noel and Liam themselves, the movie resembles the personas of its subjects; it’s charismatic and volatile. It’s sprinkled with hilarious anecdotes and unbelievable insider stories full of drugs, infighting, and rockstar debauchery culminating in their two night stand at Knebworth. 'Oasis: Supersonic' is a showcase of their prime years, perhaps the only ones that really mattered before the cracks started showing and the epic blowout of Creation Records, the Madchester label that struck gold after signing the band.  “Oasis was like a Ferrari. Great to look at, great to drive, and it’ll fucking spin out of control every now and again.”

Where to Stream: Disney Plus

It’s the one where Homer, Lisa, and Bart attend the Hullabalooza festival tour and Homer becomes the star of the festival’s side attraction, a freak show (itself a parody of the Jim Rose circus). Still in its golden age, the episode is characteristically jam packed with timely jokes and guest appearances from  Smashing Pumpkins, Cypress Hill, and Sonic Youth who steal Peter Frampton’s six foot sub.

Downsides to touring mega festivals and the rapidly commercializing alternative rock scene are lampooned to a tee. Episode writer Brent Forrester attended Lollapalooza for research and described it as a horrible experience, witnessing attendees having their cameras thrown in the garbage, outrageous levels of product placement, and moody teenagers who called him a narc. All of which were added to the episode.

In true Simpsons fashion, the heart of Homerpalooza is the chain cycle between countercultures. At one point or another we will eventually become Homer, moving from the new releases to the oldies section and our wild babbling about our version of Grand Funk Railroad or Edgar Winter’s “Frankenstein” will inevitably fall victim to indifferent ears. It’s also about Homer’s desperate need for validation against the backdrop of a Gen X world that pretends to be at all different and eventually opts for fur coats and the London Philharmonic Orchestra. Now this I like. 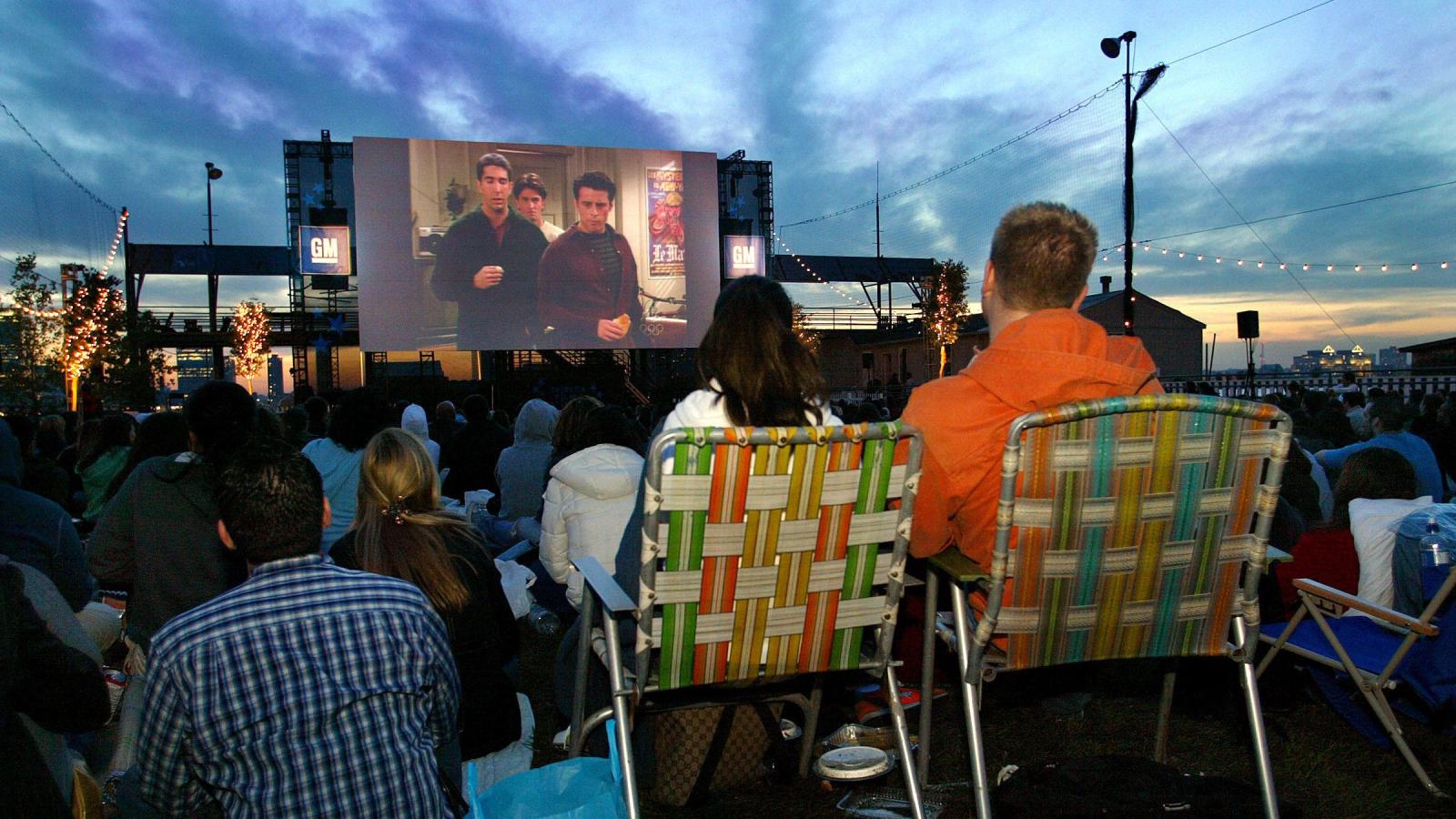