Tyler, the Creator Describes Grammy Win As a "Backhanded Compliment" 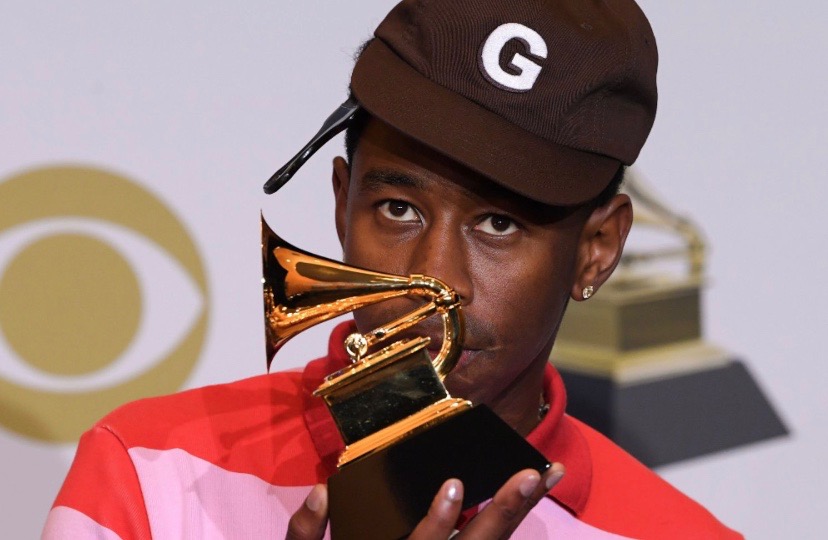 Tyler, the Creator took home the 2020 Grammy for Rap Album of Year for his magnum opus Igor tonight. Presented by Insecure mastermind Issa Rae, Tyler took his mother on stage along with Odd Future member Jasper to accept the award.

In the post awards show press conference, Tyler arrived as his jocular self, “Man it look boring as fuck in this room.” When asked about his reaction, Tyler used the moment to cite his frustrations of being placed in urban categories when his music has transitioned to more pop oriented melody and song structure.

“…it sucks that whenever we…and I mean guys that look like me, do anything that’s genre bending…they always put it in a rapper urban category.” which Tyler compared to a politically correct way of saying the “n word”.

“Why can’t we just be in pop?” he then called it a “backhanded compliment” and compared himself to “(the) little cousin who wants to play the game…let’s give him the unplugged controller.” Still he expressed his gratitude that his unconventional music, which receives no mainstream radio play has been recognized by a mainstream institution.

Tyler has been talking about his goals to win Grammys as far back as a decade now with various tweets either predicting or expressing his desire for a Grammy victory. He’s been nominated for two Grammys before, once in 2018 for Flower Boy, lost to Kendrick Lamar’s Damn and once in 2013 as a featured artist on Channel Orange, which was nearly shut out.

It was a big night for Tyler, who constructed a large scale performance for “EARFQUAKE” and “NEW MAGIC WAND” earlier in the show complete with pyro, IGOR outfit, multiple sets, and appearances from Boyz II Men, Charlie Wilson, and an army of lookalikes.