"Black 9/11:" What Happened the Day Prince Passed Away

On April 21, 2016 we lost Prince Rogers Nelson and the culture has been rebuilding ever since. 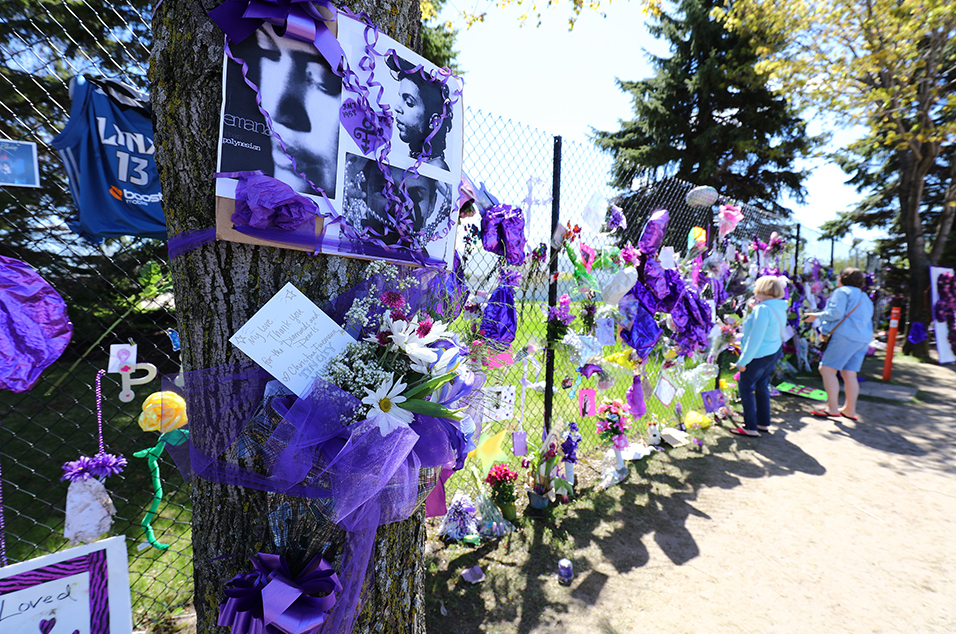 What Happened the Day Prince Passed Away.

Prince suffered health problems throughout the majority of his life. In April 2016, the month he passed he saw his doctor twice, postponing two of his concerts and citing influenza as the cause.

He played his final concert on April 14.

The next morning he became unresponsive and his jet made an emergency landing in Moline, Illinois where he was hospitalized and given Narcan, a medication used to block the effects of opioids.

Against advice he left once he became conscious and was even spotted biking the following day. His last days were spent relaxing, visiting jazz clubs, and shopping at independent record shops.

Prince showed up at a dance party on April 16 at Paisley Park where guests said he looked totally normal, unveiled his brand new purple piano, and trolled everyone by playing chopsticks. It was his final public appearance.

On April 20, 2016, Prince’s team called Hoard Kornfeld a specialist in addiction medicine hoping for in-house treatment. At 9:43 AM, Carver County Sheriff’s Office received a 911 call requesting an ambulance to Paisley Park. The caller, Kornfeld’s son, had flown in to give Prince buprenorphine for opioid addiction treatment. He told the dispatcher that the person in consideration was unconscious, then moments later said he was dead and finally identified the person as Prince Rogers Nelson.

He was found unresponsive in his elevator; the paramedic said he had been dead for at least six hours.

He was not married at the time of death and not known to have fathered any surviving children. Under Minnesota law, without a will this meant that Prince’s half siblings had claim to his estate which included land, stock, and cars. Within three weeks, 700 people claimed to be his relatives.

Later, his family sued the doctor releasing the following statement: "He failed to appropriately evaluate, diagnose, treat and counsel Prince for his recognizable opioid addiction, and further failed to take appropriate and reasonable steps to prevent the foreseeably fatal result of that addiction."

Months after his cremation, it was announced that the cause of death was an accidental fentanyl overdose with the autopsy revealing counterfeit pills. The question of how these were obtained remains unsolved.

It has been suggested that Prince started taking Percocet for hip problems. TMZ reported Prince had overdosed on Percocet five days before his death.

The level of media frenzy on April 21, 2016 surrounding Paisley Park and fan outpour honouring the Prince legacy cannot be overstated.

Noted Prince stan, Dave Chappelle called it “Black 9/11.” During Chappelle's performance at the Chapel in San Francisco on Thursday night, holding a tambourine with the Prince symbol on it, Chappelle mourned the late singer on stage, "This is black 9/11…I almost thought about not coming tonight, but my band was like, ‘Yo, Prince would definitely not condone that."

In October that year Paisley Park opened to the public, marketed as a museum tour but in effect becoming a shrine. In 2016 Prince’s estate sold more albums than any artist that year dead or alive.

Prince was a notoriously mercurial persona. For someone who shined so brightly in the spotlight of celebrity he often receded in reclusion and kept both his personal life and art under lock and key. No matter how big a Prince fan you are, you haven’t heard the majority of his music. Though this isn’t for lack of trying. By some estimates he’s produced 8000 songs - hundreds of albums - but of course this isn’t accounted for by his 39 studio albums, numerous b-sides and dozens of outtakes. Even if the most diehard fan tracked down every official release, they could’ve only heard less than 10% of his recorded output.

Where are these songs, you ask? The infamous Prince Vault, yes a literal vault housed in the basement of Prince’s home studio/compound/bunker at Paisley Park. Inside there are rumored to be shelves of analogue tapes, hard drives, and 35 mm film. Though no video cameras are permitted inside, some photos have surfaced from the 2016 police investigation into Prince’s death. For years, even Prince wasn’t even able to go inside because he forgot the password.

Since 2016 there has been a slow rollout of music from the vault appending missing tracks to 1999, Purple Rain and others. Could every track be a “Sign O’ The Times,” a “Sometimes It Snows in April” or an “Adore’? Almost certainly not, but there are undoubtedly some gems to be unearthed.

Billie the Kid: Teen Pop Stars and the Double Standard of Pop Star Scrutiny
McCartney 3,2,1 Is a Gift For Every Music Fan
Why channel ORANGE is the Best Album of the Past 10 Years
Next