The live music sector stands to lose 5 billion dollars from the effects of coronavirus. 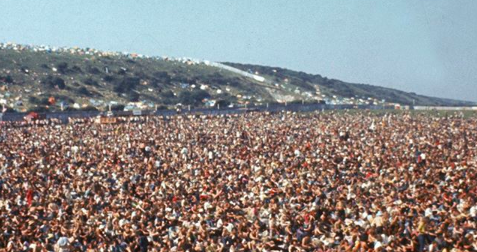 While coronavirus has claimed 4900 lives and infected 130,000 people, the scope of the disease has rocked the global financial core in the past week. Proving to be one of the largest economic challenges of the past two decades, its reach has effected every market including massive implications on the live music sector.

It’s been less of domino effect and more of a Jenga collapse. Major tours from Pearl Jam, BTS, and Bikini Kill announced the postponement of select dates this week just following the official cancellation of SXSW which shocked Austin’s economy. Earlier this week the likelihood of Coachella went into speculation before being pushed to October without official news on lineup changes. Now, it seems that every hour, venues, companies, and musicians of a large range of size and scope are reshuffling their tour plans this season.

Rage Against the Machine announced last night they would be postponing the first leg (March 26-May 18) of their highly anticipated reunion tour and that new dates would be announced. The complications of rescheduling 18 stadium tour dates after the planned final dates in October should not be understated.

On a macro level, with most state governments cancelling all large gatherings from anywhere between 250-500 people and greater, Live Nation have cancelled all large scale tours to the end of March instructing all acts to pack up and return home by March 14 which includes Billie Eilish, Thom Yorke, and Thundercat among many others. The company will reevaluate in April in order to have concerts hopefully resume by May offsetting a 51.2% drop in stock prices. While most dates in May remain uncanceled, the lack of solid timeline given by governments puts any tour for the near future in limbo. In recent years mass shootings and natural disasters have disrupted the touring business, but a derailing of this size has not been seen since 9/11 and Forbes reports the live music industry stands to lose close to five billion dollars from the effects of the pandemic.

In Toronto, only Massey Hall and Roy Thomson Hall have suspended events for the next two weeks. Most other Toronto venues from Danforth to Opera House have yet to release a statement suspending their March calendar, but at this rate the likelihood of them continuing business is extremely low and carrying extra hand sanitizer or temperature screening audience members before entry will do little to convince the CLMA. Wash your hands. Don’t touch your face. Don’t leave your house.