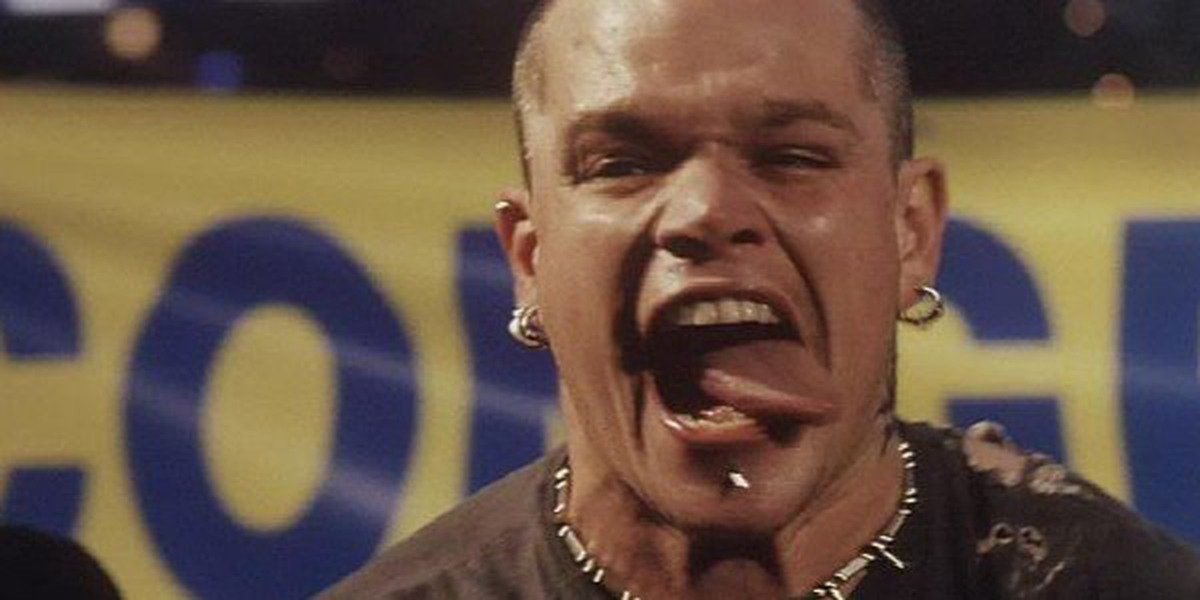 At the inevitable intersection of youthhood and frivolous popular culture one will find any number of grifters trying to make a buck, poised to exploit trends, habits and fads for your entertainment dollar. EuroTrip (2004) is one such film, arriving in the deluge of early 2000s sex comedies following the breakout commercial success of American Pie (1999) and its slightly-superior successor Road Trip (2000). Though EuroTrip will justifiably find few, if any, defenders, it has a time-and-place poignancy and charm that barely shines through its overwhelmingly crude exterior.

Despite silly, often ridiculous occurrences throughout the film, EuroTrip tells a familiar tale for many North Americans who’ve taken a ride through post-secondary education. As the final semester comes to a close, romantic relationships crash and burn, and the summer awaits with promise, eager twenty-somethings plan their first trip to Europe. To be sure, this is a wonderful time for anyone who’s had it, but for the protagonist Scotty it was an agonizing decision. In the opening scene, it is revealed that Scotty’s girlfriend, Fiona, is dumping him for some pseudo-punk rocker named Donny after months of covert infidelity. Scotty is crushed and ditches his plans for a medical internship to instead quests across Europe in search of his soulmate: a German penpal.

‍
EuroTrip’s only truly memorable set piece is frontloaded and truly bizarre. Scotty attends a classic early-2000s house party featuring a rag-tag pop-punk band where it is revealed that not only is Fiona’s secret paramour the lead singer of the band, but their entire setlist consists of a single song about the many ways in which Donny cheats Scotty, aptly called “Scotty Doesn’t Know”. To make matters worse, Donny is played by a neck tattooed, over-pierced Matt Damon in a cameo that is so out of character with the Hollywood star that one might attribute the appearance to the same absinthe that Scotty and his friends imbibe at the Bratislavian discotheque.

"So EuroTrip was written by three guys I went to college with, Alec Shaffer, Jeff Berg, and Dave Mandell. And the three of them are three of the best comedy writers in the world. In fact, Alec and Jeff when we moved out to LA, we had this running joke where we had one bottle of champagne that I think they sent to us when we sold Good Will Hunting, or no, we sent it to them first because they had been hired on Seinfeld, so we would pass this bottle back and forth, we never opened it, but it was just to congratulate each other at these milestone moments in our careers. So we kind of came up together. I was in Prague shooting The Brothers Grimm, we were in rehearsals, and I had a wig in that movie, and so Alec and Dave and Jeff were making EuroTrip and they said "Will you come play this, you know, Howard Rollins kind of insane, bad version of a suburban, you know, punk band guy?" And I said "Yea, I'm in Prague". So I showed up and I'm sitting there, and I'm like "I'm wearing a wig, just shave my head, let’s just go for it." and we did it, and put a bunch of piercings all over. And "Scotty Doesn't Know", the song, was actually written by one of my college roommates brothers, and in the band, one of my college roommates is actually in that back up band, Jason, is playing guitar in that group. So it was kind of a family affair."

Of course, the song “Scotty Doesn’t Know”, performed on record by Lustra, is itself no more original than the film, merely sounding like a rip-off of Sum-41’s “Still Waiting” switched to a major key. But its catchy palm-muted power chords and libertine imagery were a hit when EuroTrip became something of a cult film on DVD - or at least that’s what Billboard magazine reported to drum up some press. In the context of the soundtrack of a whole, “Scotty Doesn’t Know” fits in with several other songs that bluntly track the narrative. The Jam’s awesome “In the City” when Scotty lands in London or Jet’s unfortunate “Are You Gonna Be My Girl?” when Scotty queries the likelihood of the aforementioned German pen pal being his girl. They even found room for Whiskeytown’s comforting “Don’t Be Sad”.

For today’s audience, unweaned by the cinematic dynasty of American Pie, the overall tone of EuroTrip is one of extreme “fellow kids” desperation. It appeals to youth through libertinism, “punk rock” and a panoply of Americanized European tropes. One will find stereotypically shocking Eastern European kink, tasteless street performers, and illicit drug use. It’s exactly the sort of anti-European view that dumb pop culture perveyours would have in the post-9/11 world, when George Dubya’s infamous “Either you are with us, or you are with the terrorists” gave carte blanche to anyone willing to stick it to those cowards who stayed out of the War of Terror.

And yet, in the face of EuroTrip’s contrived and opportunistic qualities, what shines through is that naive yearning for the great cultural heritage that is Europe. Sure, for Scotty and his pals, “great cultural heritage” might only seem to be the hedonism developed by ancient cultures free from the same sort of Puritan’s that immigrated to 17th century America, but it wouldn’t be possible without the great - albeit green-screened - skylines of London, Bratislava, Berlin and Rome, whose final set piece provides a surprisingly learned papal succession gag. Perhaps this perceived charm is overdrawn considering that this is a film whose brow could get no lower, but in 2021 when lockdowns lift and the World is once again within reach, the possibility of one’s very own “Euro Trip” beckons more than ever.

Billie the Kid: Teen Pop Stars and the Double Standard of Pop Star Scrutiny
McCartney 3,2,1 Is a Gift For Every Music Fan
Why channel ORANGE is the Best Album of the Past 10 Years
Next