A Running List of Every Musician Playing Bernie Sanders Rallies 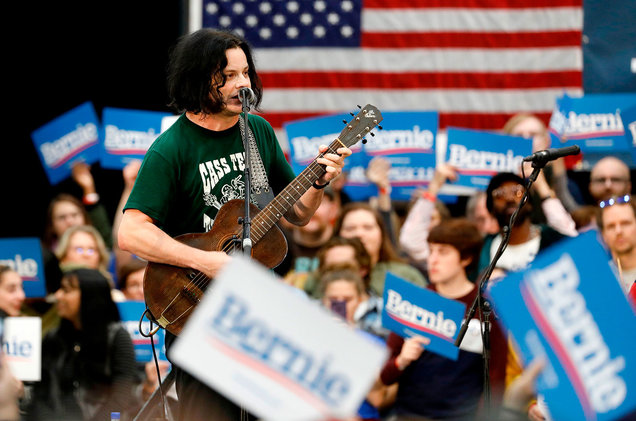 Bernie Sanders is picking up major steam ahead of Super Tuesday coming up this week. His victory in Nevada has positioned him as the only candidate in history to win the popular vote in all three early voting states and currently holds 45 delegates, roughly 20 more than Pete Buttigieg.

In a notable effort to get the youth vote out, the Bernie camp understands the importance of music as an unorthodox method to engage his progressively minded audiences.

Between ingeniously playing Travis Scott and Young Thug’s “Pick Up the Phone” and Sheer Mag’s “Expect the Bayonet” it’s a card they’ve continuously pulled and now throughout 2020, nearly every notable alternative and indie artist is jumping on board to fire up supporters at his rallies. Vampire Weekend got a second round after performing for the Bern in 2016 playing favourites at the Iowa caucus while Jack White revisited his high school to blister through classics and perform a cover of Bob Dylan’s “License to Kill”, a song that accuses mankind of imperialism. Recently, The Strokes played a lively victory set at the New Hampshire primary, unveiled a new song, announced their new album, and had the whole thing shut down by the cops. It’s an exciting time to Feel the Bern as a music fan to say the least.

Donate to the Sanders campaign here.