We look at the music "The Artist" gave "the artists." 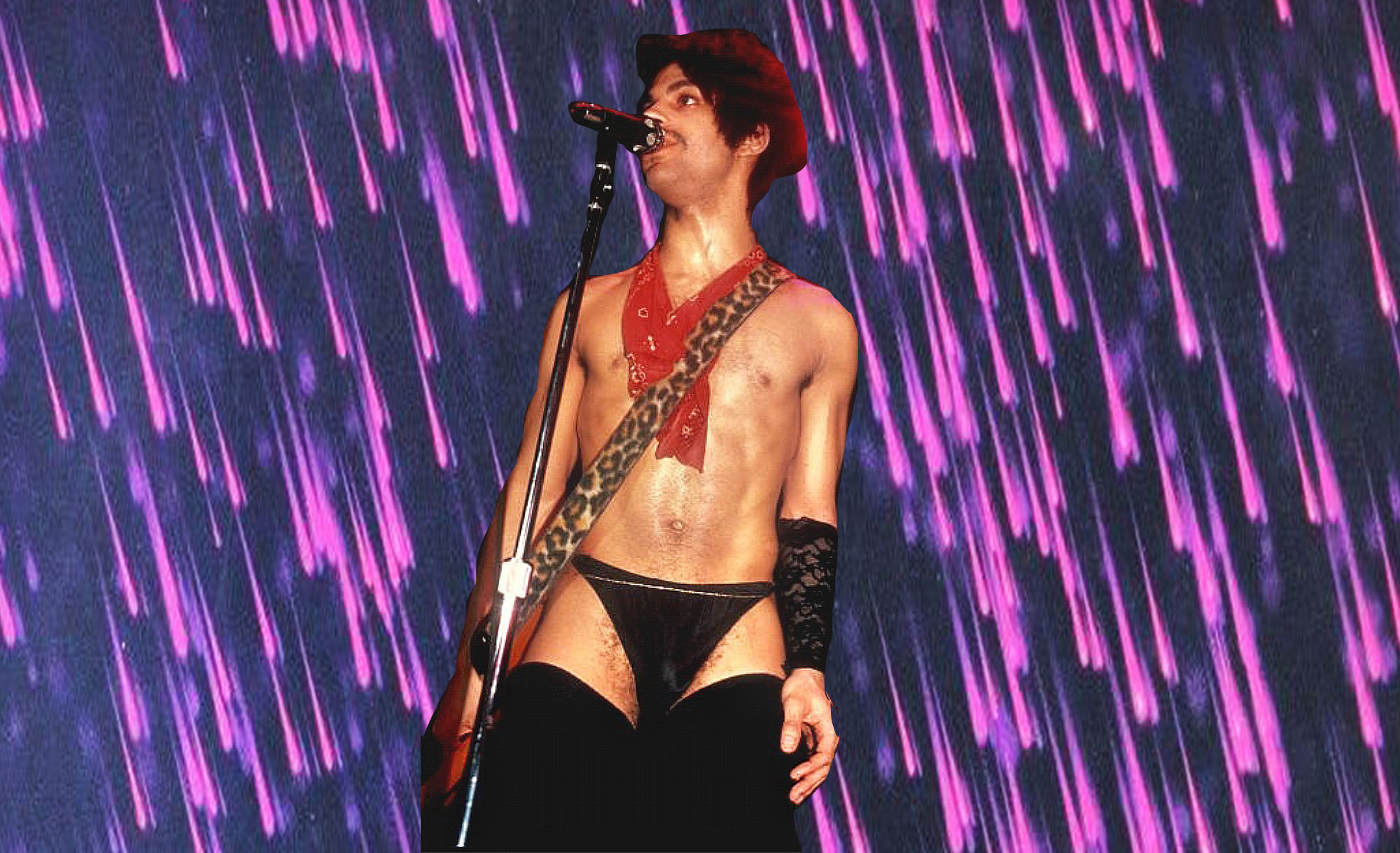 “I Wanna Be Your Lover” was funky, but it wasn’t a proper introduction. When Prince released Dirty Mind in 1980, it marked the moment he shifted from burgeoning new R&B star to libidinous musical genius. He already had the perfectionist and multi-instrumental proficiency, but the androgynous persona, the feminine vocals, the palpable sexuality, and the bending and blending of genre conventions that Prince was known for all starts here.

Of course… nobody quite knew that yet. The critics loved Dirty Mind, but writing a song about sleeping with your sister in 1980 isn’t exactly going to win the support of the public (this was a few years before Game of Thrones after all). When Prince opened for the Rolling Stones, dressed in thigh high boots and tiny black briefs, he had garbage and grapefruits chucked at him and was booed off stage. Little did these automatons know they were going to be reciting the words to “When Doves Cry” off by heart just a few years later.

It’s easy to see why Prince caused such a stir. Think about the music arena he was entering-- this was the land of Hall & Oates and Christopher Cross for Christ’s sake. The radio waves flowed of innocence, stadiums selling out to inoffensive pop acts that you could bring home to mom and dad in cassette or vinyl. Then there was Prince, his penis peeking out of his underwear singing about his desires to fellate your significant other. I guess you guys weren't ready for that yet, but your kids are gonna love it. Dirty Mind may be the most salacious introduction from a mainstream musician in the past 40 years… and man, did it set the tone perfectly.

Prince, the man who would become of the sonic personification of sex, comes all but out the gate with his most sexually charged record in Dirty Mind. “Darling Nikki” and “If I Was Your Girlfriend” might have been a few years around the corner, but the tumescence of Dirty Mind emanates from front to back. The title track sees Prince slipping from sexy reverie to sexy reverie, musing about his lover over a hypnotic disco synth riff written by Dr. Fink. “Head” catches him in the act, wooing a virginal bride-to-be with the intimacy of oral sex. Prince can’t keep his mind out of the gutter and it makes for a hell of a dance record.

Sex is the theme that holds Dirty Mind together. However, that conceptual brilliance that would make Prince a star rears its head in other ways too. As a writer, Prince had a keen insight on the injustices of his country and the closer shows it. On “Partyup,” he manages to pen a draft-dodging dance anthem. It’s a perfect closer with a slapping bassline that keeps the party going, but Prince uses it as an opportunity to tell the American government they’re going to have to stop involuntarily dragging Black people into their imperialistic wars. The final moments of the record are haunting, Prince shouting “you’re going to have to fight your own damn war/because we don’t want to fight no more” with no instrumental backing. On top of showcasing his musical genius, Dirty Mind cements Prince as an excellent and subversive storyteller-- a talent that would play an integral part in his career. Not to mention… this guy was teaching people to have sex through his music. He was Dr. Ruth and George Clinton rolled into one and let’s get one thing clear: If Prince were named Theodore instead of Prince there would be a lot less Marvins and Luthers in the world.

Hearing Dirty Mind today, it still sounds like the beginning of something new. It’s a record bustling with life and potential. By the time you get to “Partyup,” it feels like Prince was on the cusp of exploding. A few years later, he did.

Prince had so much music coming out of him he literally had to start other bands to get it out. If Parliament used Funkadelic as a channel for George Clinton and the collective to get out their rock ideas, then Prince’s bands were more akin to creative sweatshops. I say this with full expertise, they didn’t mind and Prince’s genius birthed more careers than George ever did.

There was of course The Time who were animated and tight. There was Vanity 6 who Prince started after he watched the Barbara Streisand version of A Star is Born (or according to Rick James, after he heard Mary Jane Girls). There’s Sheila E., Prince’s magnificent drummer who he blessed with pop singles and who left the purple nest to sustain her own impressive career. Did you guys know Prince also discovered Carmen Electra? Yeah, he’s pretty much the reason she became such a sex icon in the 90’s. He signed her to Paisley Park Records, produced her one and only self-titled album, he signed her and eventually she wound up in Playboy and on Baywatch.

Ranking the Chart hits written by Prince for other artists

4. Tevin Campbell – “Round and Round”

Alicia Keys – “How Come U Don’t Call Me”

TLC – “If I Was Your Girlfriend”

Cyndi Lauper – “When You Were Mine”

TLC – “Case of the Fake People”

When it comes to playing virtually everything on your own album, for years and years, the buzz words associated Stevie Wonder. Now, the Father gets extra points because he literally does not have sight. But along came Prince, who was so freaking good at everything he played, it negated any disinterest you may have toward funk music or synth pop. Let me reword this, if you loved heavy metal music and happened to catch a Prince in studio performance on MTV during the 80’s, it didn’t matter if we was up there in a thong singing about felatio while slapping the bass… you would still be floored. Everything he played was an incredibly high level: leads, solos, rhythm lines, bass lines; he played drums, keys, programmed synths, did all his own vocals and background vocals, even female written parts.

Prince used his vocal meter and range as its own instrument. It was yet another weapon in his sexual and spiritual arsenal. His elastic vocal range was able to convey emotion, building off the funk speak that George Clinton, Sly Stone, and James Brown had innovated before while breaking new emotional territory.

He had a serious hand of control, writing, and producing nearly everything he created and mixing and recording all of his early material. If you heard a clap or a footstop odds were that it was him. It got to the point that on hi’s early recordings, personnel liner notes simply stated Prince—all vocals, all instruments.

JIMMY JAM: We were at Bryant Junior High. I was a year younger than him. We were in a band to back up the choir at school. I was gonna play drums, and I knew Prince played keyboards. He showed up at practice and picks up a guitar and plays, note for note, the intricate solo from Chicago’s “Make Me Smile.” I made the mistake of getting up from the drums, and he sat there and he killed ‘em. He had the biggest Afro in the world — that wasn’t fair, either.

The Antlers Seen 'Round The World - The Impact of Sugar We're Going Down
Sum 41: A Pop Punk Odyssey
Breaking Down Kanye West's Most Iconic Looks
Next