How Fall Out Boy Turned The Emo Scene on Its Head 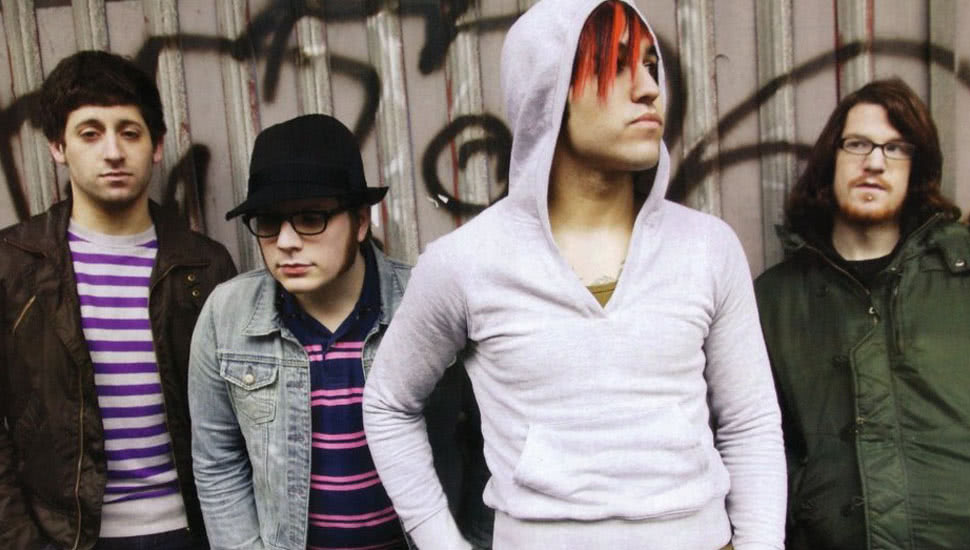 In the Spring of 2005, teens and tweens around the globe turned on their televisions and thought “what the heck is that boy doing with antlers on his head?” “Sugar, We’re Going Down” and it's now infamous music video catapulted Fall Out Boy and the emo scene into the mainstream, making them one of the last record selling rock bands.

The initial idea behind the song was simple. Wentz (I cannot confirm if he was eyeliner clad at the moment) was hanging out with his Dad listening to old records and noted the use of terms of endearment like “Honey” and “Sugar” that the singers would croon out and he thought to himself ‘Why doesn’t anyone do that anymore?’ Thankfully, he had his own crooner to sing some sugar sweet lyrics. Though not the most articulate vocalist, Patrick Stump was certainly able to deliver a rendition of the song unlike anyone else possible could. Seriously, scroll down to the most liked comment on this live version for a laugh(more like Shugar wer gowih down,am I right?).

As for the antlers, that was a treatment mildly inspired by a little known director. “It was the one treatment that really stood out” said Pete. ​“It was so strange. When I read it, it reminded me of Wes Anderson, like, ​‘Am I supposed to laugh at this, or is this depressing?’ It’s a very bizarre theme and video, and I have a hard time attaching it to the song, but at the same time it was the only video where the director took a chance.”

While the band plays in, what looks to be Elmer Fudd's log cabin, we watch our compelling protagonist face adversity in the way of underpants, middle fingers and anti-antler father - who coincidentally also looks like Elmer Fudd, is the band friends with him or something?? Any who, between the band looking like they're trying out for the pop punk band version of Cirque du Soleil and Antler boy finding out his girlfriends Dad is “Hoof man” it all makes for high quality entertainment.

The impact of “Sugar, We’re Going Down” and Fall Out Boy’s following success spawned an emergence of new pop-punk acts with varying degrees of success Panic! At the Disco, who for a moment were neck in neck with Fall Out Boy for who would be the most successful band of the pop-punk/emo genre, even beating out Fall Out Boy for the cover of Rolling Stone. My Chemical Romance is another band that took the emo scene by storm, with their slightly darker and gothier iteration. While the band has been out of the mainstream for years, they have a loyal cult following, when they announced they’d be going on tour in 2020 most of their shows sold out immediately.

From the perspective of a longtime fan, it's easy to see why Fall Out Boy has been able to have continued success within the pop punk fandom , even if their music has drastically distanced from their roots as heads of the pop punk charge.  The band's very ability to adapt is what has kept them relevant. Shortly before COVID-19, they were due to hit the road with rock icons Weezer and Green Day on the now postponed ‘Hella Mega Tour”. While Green Day and Weezer have struggled to maintain relevance in a music scene that has drastically changed since they emerged, Fall Out Boy seem to fall comfortably in their respective pocket. While Fall Out Boy has maintained relevance in the changing scape of music, they're true contribution to the culture was capturing the moment of one of the final great rock n roll movements and how "Sugar We're Going Down" is indicative of that moment.