The great innovator of electronica passed away from cancer last month. 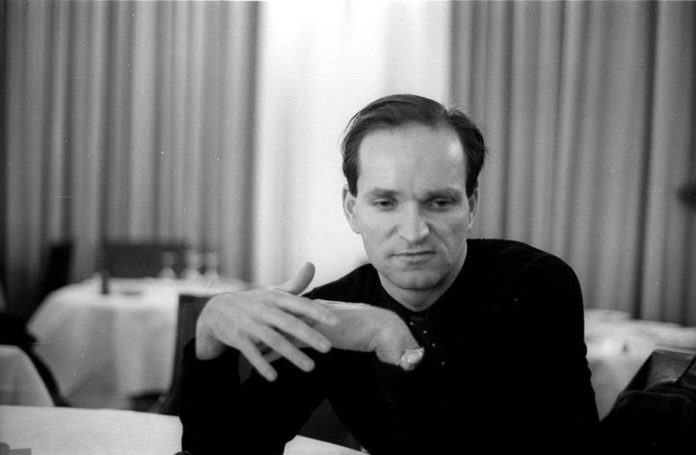 Today we lost one of the musical pioneers of the 20th century. Florian Schneider, co-founder of German electronic group Kraftwerk, passed away today at 73.

Few musical acts have inserted themselves into the cultural lexicon quite like Kraftwerk. Widely considered to be the forefathers of electronic music, Krafwerk were among the first groups to popularize the genre, banding shortly after the 1960s. Whether it be spawning an entire movement of 80’s electropop, championed by artists such as Gary Numan, John Foxx, and The Human League, providing the blueprint for “Planet Rock” by Africa Bambatha, the song that catalyzed hip hop, or leaving a breadcrumb trail of references in film and television such as Mr. Robot, The Defiant Ones, and a particularly memorable parody in The Big Lebowski, Kraftwerk has left a moondust footprint that refuses to blow away. David Bowie, a pioneer in his own right, named a song after Schneider himself: “V-2 Schneider” of his 1977 album Heroes.

Schneider formed Kraftwerk with Ralf Hütter in 1970. Hütter described Schneider as a “sound fetishist”, an epithet that couldn’t be more appropriate. Before drum machines, vocoders, and Minimoogs were even introduced through Kraftwerk’s pantheon of sound, Schneider was using electronic treatments like tape echo, wah-wah, and fuzz so he could turn his weapon of choice, the flute, into a bass instrument. It’s this kind of ingenuity that led to records like Autobahn, Radio-Activity, and Trans-Europe Express. Music journalist Neil McCormick called them “the most influential group in pop history” alongside The Beatles. Their influence extended far beyond electronic music and tt would be difficult to imagine Depeche Mode, LCD Soundsystem, Aphex Twin, “The Berlin Trilogy”, New Order, or “Heart of Glass” without Ralf and Florian.

In his later stage, Schneider lived modestly, notably absent for the group’s 2008 reunion shows after he departed from Kraftwerk in 2006.

There are landmark artists and then there are artists that alter the fabric, artists in which music would be unrecognizable if you removed them from the DNA. The world is quieter now without Florian Schneider, but his sound continues to ripple.