20 years ago today one of the most important albums in hip hop came out and changed the genre forever. 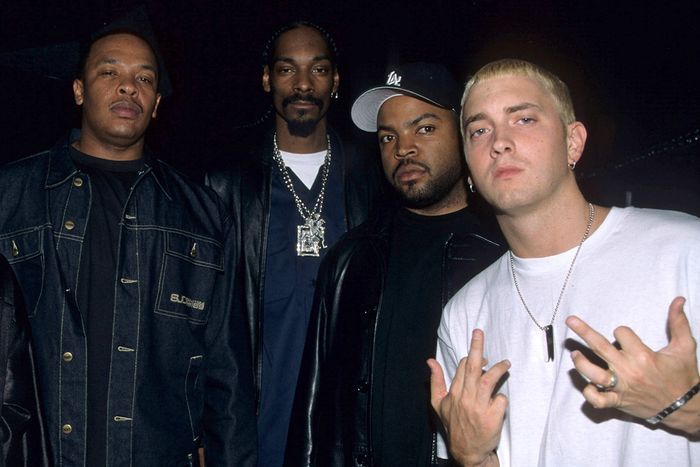 2001, known by many as The Chronic 2001, represents something of a leap forward for hip hop music. Much like Star Wars for space movies or even Apple for computers, it’s hard for some to properly credit something so hugely popular that it became the commercial standard and one of the main agents that propelled its art out of the underground.

The reach of 2001 could not be grander with a plethora of massive singles that have been embroidered in the cultural fabric, most of them mixed into a mind boggling Side A. “Still D.R.E.”, “Big Ego’s”, “The Watcher”, “Light Speed”, “The Next Episode’, “Ackrite”, and “Forgot About Dre” have solidified classic status, paving the way for the next generation of hitmaking. They also represented a new futuristic, digitally clean sound.

While the first Chronic slowed down rap’s radically brash tempo while still maintaining a hard yet convivial street edge, 2001 blasts it into the future, no longer ripping drum breaks and samples off vinyl records, now dialling in resolute drum programming, full orchestra strings, and brand new synthesizers. In emulating groups like Parliament, Roy Ayers, and the legendary Compton band Zapp, Dre had been known to have a great feel for the synth to create interesting spaces within his songs, but here we’re literally shot into space with interstellar blips and powerful subwaves creating a visionary sonic picture. Like The Chronic part I, the synths also act as a vessel for melody.

Dre originally wanted to call it The Chronic 2000 to take advantage of the looming millennium, but after Suge caught wind of this, he released his own version on Death Row therefore seizing the licensing rights for the title.

The lyrics, a mix of battle rap, boasting, and story telling perhaps considered problematic by today’s standards either represent

b.) an era when misogyny and promiscuity were the norm in mainstream masculinity.

Dre may have also been the first legitimate rap star who didn’t write his own lyrics. It’s a testament to the Doctor’s ultimate motive to make great records and using any tool, be it the hall of fame lyricists at his disposal to churn out gold. Ask yourself if it matters, since nobody raps along to Puff Daddy, who writes his own lyrics, with the same excitement as they rap Dre’s parts.

The level of cohesiveness here could make 2001 a movie with the relentless sequence of songs mixed flawlessly. We open with the THX sound bite, cinematically signalling the sound off and announcing the top budget sonics. Light is shed on the epic scope as Dre takes us to opening track, “The Watcher.” With lyrics written by Eminem in signature multisyllabic rhyme, the reflective Dr. Dre on “Been There Done That” is now more paranoid and protective of his empire. Most importantly “The Watcher” introduces a miraculous comeback in the third stage of a storied career.

Before the album’s release, Dre had already been screwed over twice; once by signing an undervalued contract with Ruthless when he was in N.W.A. This led him to sign with Suge Knight’s Death Row, release The Chronic and Doggystyle, and eventually exit an environment that got so brutal, Dre left with his 50% stake in the company on the table and all of his masters behind. It essentially destroyed the label. He then, with the backing of Interscope president and longtime friend Jimmy Iovine, starts new label Aftermath and for the first time ever releases two flops, Dre presents The Aftermath and The Firm with Nas, Foxy Brown, and AZ. Dre hadn’t really found the right approach he wanted to take his music until one of his A&Rs stumbled across a demo tape he picked up from a Detroit rap battle. The artist went by Eminem on the basis of it looking cool on paper and symbolizing his birth initials.

The two record The Slim Shady LP in Detroit, giving Dre the sudden jolt of inspiration he needs to make his next record. With Eminem’s no hold barred horrific imagery, perspectives on the current state, and technical prowess, Dre now had the ultimate weapon to tack onto a new sound and create great music that was predicated on the same controversy that he’d been riding since the late 80s.

Released just nine months after The Slim Shady LP,  2001 is a masterclass in dynamic beat making. Dre and Melman’s collection of bass lines seems infinite here and the diversity of sounds from helicopters to sirens to answering machine messages to gun shots and harps is still impressive 20 years later. “Xxplosive” may be the most iconic among producers with its symbiosis of xylophone, guitar lick, and bass. It's so in the pocket that it never seizes to change. It only layers. The chorus only comes once at the beginning so Nate Dogg can better utilize his talents to singing a full verse. Kanye West has quoted the influence of its drums on his early sound, while Kendrick Lamar called prolific Dre ghostwriter and later off-the-radar Hit-Man’s closing verse his favourite of all time.

Dre wanted "The Next Episode" to be the first single, only to be turned down by Iovine who thought they needed something stronger. Dre asks Jay-Z to write three verses about the Doctor’s legacy in hip hop and commissions piano from Scott Storch and a chorus from Snoop Dogg to create the iconic “Still D.R.E.” The beat and lyric becomes synonymous with its composer.

Elsewhere, Devin the Dude and Kurupt make star turns. One moment Xzibit’s overviewing his portfolio as a measuring stick, the next Dre does ecstasy, gets a BJ, and passes out on the couch. It’s an outlandish, high budget, immaculately sounding house party, a one-up from the Def Jam offerings of DMX and Method Man at the time, and a much needed resuscitation in Dre’s career.

“Forgot About Dre” is perhaps the centrepiece of the record. The lyrics, entirely by Eminem in peak form, are written as a response to the level of fame Dre had achieved and his general feelings on the lack of respect he'd been getting from the new generation. Its groundbreaking tempo allow for Dre and Em to throw down fire double time verses over one of the first prominent uses of syncopated hi-hats in memory.

When the album came out, it was a gargantuan success with three massive singles, half a million CDs sold in its first week, and a 45 date tour with Snoop Dogg, Eminem, Ice Cube, and pretty much everybody else called Up In Smoke. The takeover represented a new commercial coming out party for hip hop without compromising street cred or quality. Today, The Chronic 2001’s influence is omnipresent with the CEO style of producing rap records everywhere in contemporary times. But the record will live on at parties and clubs forever in the contagion of its beats and performances of its stars. Things just ain’t the same for gangsters.