The insane story of Prince's halftime performance at Super Bowl XLI has yet to be topped. 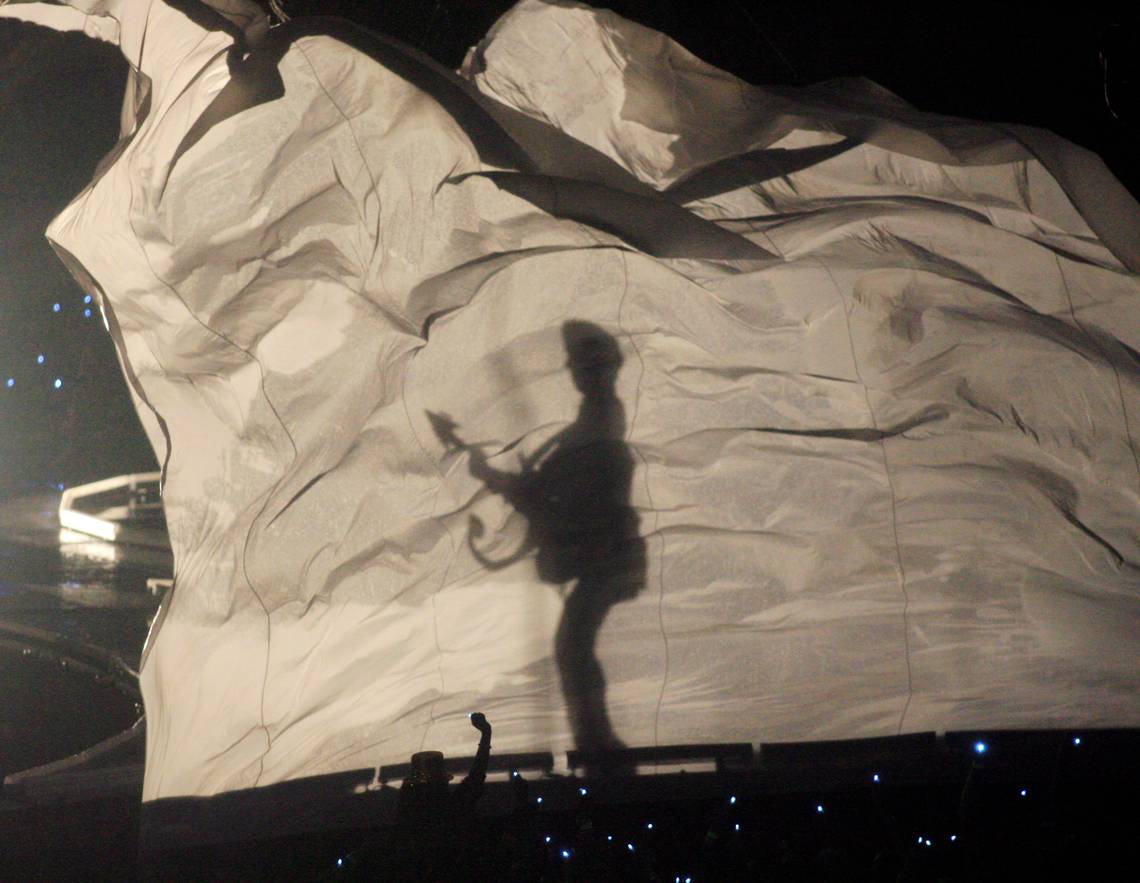 To understand the importance of Superbowl XLI you have really got to get an idea of where Prince is at this point in his career.

The 90s were a crazy time. “The Artist” had spent the better portion of the decade fighting with Warner Bros in hopes of “emancipating” himself from their sour contract. This included bizarre publicity stunts including concealing his face during interviews and communicating through whisper to interpreters. Prince’s public reputation scratched heads and raised questions. At the stroke of 2000, Prince retired his notorious Love Symbol moniker the moment his Warner contract expired and phase three of the Prince story really begins here.

To celebrate the 20th anniversary of Purple Rain, the purple one opened the Grammys with Beyonce performing a medley. A month after he is inducted into the Rock and Roll Hall of Fame, famously closing the show by taking the lead solo on an ensemble rendition of “While My Guitar Gently Weeps”. Watching footage of both, it should be no surprise why 2004 is when the Prince resurgence took full swing and Musicology, his first album free from label slavery released in April. Then came 3121 which came under a 1 album deal by Universal. It continued to reinforce Prince’s comeback, knocking the High School Musical soundtrack off of the top billboard spot and becoming Prince’s first number one album since Batman in 1989.

Prince’s live reputation was growing at an insane rate. His concerts were relentlessly paced, three hour plus sets of classic material, deep cuts, covers, instrument switches, and dancing. That year Spin called him the greatest frontman of all time. Rolling Stone reported he was the highest earning musician in the world with a 56 million dollar income mainly from touring.

It’s right around here that Prince gets asked to do the halftime by the people at Pepsi and the NFL. As the story goes, Prince to their amazement responded with interest and flew a few of the show’s executive producers to his L.A. home. After discussing logistics he allegedly took them to his living room where a few members of The New Power Generation, his band at the time had been waiting at their instruments. Prince grabbed a guitar, ran through 30 minutes of music, and the four scouts agreed to book Prince to play the 2007 Super Bowl.

It was going to be a massive spectacle. Planned with Prince’s involvement during his residency at Club 3121 at the Rio in Vegas, the love symbol shaped moving stage was 48 pieces and required 624 volunteers. Prince was going to be accompanied by The New Power Revolution, The Florida A&M University’s 100 man marching band, and “The Twinz”, a pair of female Australian dancers.

When asked to the traditional anthem singer/halftime performer press conference, Prince point blank replied, “I don’t do interviews.” To appease CBS, Prince’s manager convinced him to attend the conference and answer a few choice questions as long as he was allowed to play a short set with his band. But there were no questions and instead before anyone could speak, Prince cued his band and blazed through “Johnny B Goode”, and “anotherloverholenyohead” from Parade and latin number “Get On The Boat”.

Then there was the torrential downpour. On February 4, 2007, the morning of the Super Bowl, the show producer described waking up as someone “throwing buckets of water at the window” and was expected to continue into the night. It had never rained at a Super Bowl ever. Prince demanded that they change nothing. He was going to do his 15 minutes in the pouring rain.

When Prince was notified of the storm he responded, “See if you can make it rain harder.” But don’t let the notorious aloofness interfere with the disaster show Superbowl XLI could have been.

Inspired by the Olympics, 55 foot sails rising out of a 10,000 watt xenon lamp would create a silhouette as Prince played the iconic closing guitar solo to Purple Rain. However the rain may have stopped the curtain from rising at all. Gear was destroyed, with water seeping into everything and burned out when it was turned off, but miraculously functioned during the performance. Prince along with his dancers were slated to move in heels on the slippery stage, risking falls.

The Superbowl pulled in 93.2 million viewers on average with the halftime show peaking at 140 million. Along with the 74,512 in Dolphin stadium, it was the biggest audience of Prince’s life. He performed a legacy set with “Let’s Go Crazy”, “Baby I’m A Star” and a cover of CCR’s “Proud Mary” in tribute to the theatrics of Ike and Tina. Prince’s cover of Foo Fighter’s “Best of You” sparked confusion when the band thought he may have performed it out of spite after the artist famously criticized the foo for covering his infamous “Darling Nikki”.

Throughout the set Prince switched his guitar four times and played four solos. Rain fell constantly creating an ethereal look on camera and forcing Prince to wear a bandana. Still he loads 5 songs in 12 minutes with lights and dancing. It was relentless with many calling it the best ever.

“For it to actually rain during the Purple Rain part of the halftime, you just can’t pay for that,” said CBS years later. And it’s true, from the television it was truly special, but it wouldn’t be right without a little heat toward the king of controversy. Days after, the FCC received over 150 complaints after a silhouetted camera shot of Prince in which his guitar appeared to resemble a phallus went viral. The media would call it “Penis Gate” in the vein of “Nipple Gate”, which occurred just three years before.

Prince’s halftime not only for raised the scale of television performance without compromising integrity, it immortalized one of the most innovative artists of his time on a world’s stage. A moment.