On the 20th anniversary of Kid A, we deep dive into its creation, its limitless influence, and how public opinion on the album has shifted. 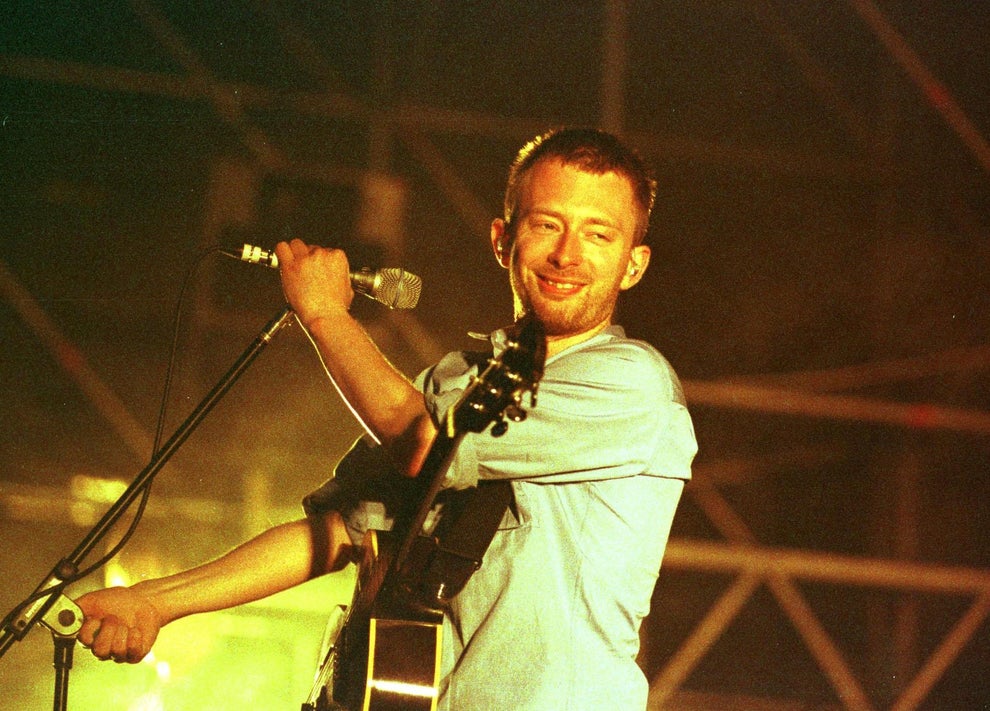 In the 20 years since its release, public opinion on Radiohead’s Kid A has reversed entirely. Publications have retroactively ranked the album highly despite trashing it upon its release, the band have embraced it as some of their best work, and fans celebrate live renditions of the album’s classic tracks. So, the farther we get from 2000 the harder it is to pinpoint when opinion on Kid A reached unanimity, but it was probably more immediate than it seems upon re-listen. Yes, it’s no longer controversial, but put on Kid A right now and it still feels like something you’ve never heard before. The experience of listening to Kid A for the first time was jarring for many, far removed from the traditional formats of The Bends and galaxies away from Pablo Honey. A lot of people didn’t understand the direction, the structures, or even the words.

Radiohead, at that time the most important band in music had superseded all of their contemporaries with the sonically expansive OK Computer, an album that was being called the greatest LP ever within a year of its release. They innovated the art of putting a record together that begs to be listened to from beginning to end. They were the band of the future. Kid A pushed this notion even further, but nobody thought guitar effect pedals wouldn’t be part of the equation.

it wasn’t clear that Radiohead wouldn’t stylistically repeat formula on their next project because that’s what the lions share of bands did. They find a narrow lane, hit it out of the park and replicate until they can’t anymore. Even when Dylan went electric he was still playing three-chord rock songs and people were livid. In comparison, Kid A is the quintessential album of a band truly cannibalizing previous work, taking on an entirely new sound and approach.

The lead up to the album was unsurprisingly marred by stress and creative blockades. It was 1998, the band had been either recording or touring since 1994, and principal songwriter Thom Yorke was a complete mess. He was bored with writing rock music and had trouble finishing his song ideas on the guitar. He believed his music had become part of a constant background “fridge buzz” consisting of Radiohead imitators and was motivated to change the creative course of the band. They were exhausted, ambivalent, and jaded. They had no deadline, and no complete ideas.

Recorded in Paris, Copenhagen, Gloucestershire, and Oxford, the album’s creative sessions drew confusion from the band. They were abandoning their alternative prog sound and essentially started making electronic music. The band had little knowledge of electronic instruments though Yorke claims to have listened to electronic artists like Aphex Twin and Autechre exclusively during this time. His new songs were incomplete, some consisting of nothing but sounds and rhythms with no designated verses or choruses. Producer Nigel Godrich didn’t understand why the band would want to diverge after demonstrating their strength. Some members had originally opted for snappy melodic guitar songs, but Yorke was uninterested in writing melodies and had become obsessed with rhythms. They planned to disband unless they agreed on an album worth releasing. Thankfully, Yorke and Godrich showed the band a demo of “Everything in its Right Place” representing a turning point in the sessions. The song would later become the first finished composition of the album and its famous opener. The overall vision for the album could now be shared by the whole band.

As a band thematically obsessed with technology, how it can’t be trusted, and how it effects the world Radiohead were destined to make an album like Kid A. Pro Tools had just started overtaking traditional tape based software and the album was named after the filename on one of Yorke’s sequencers. The band used samples, loops, the Ondes Martenot, sustain units, radio signals picked up and blasted through distorted amps and modular filters; techniques that greatly effected their subsequent albums.

Radiohead were naturally diving into a new phase of their career.

Before Kid A, people hadn’t understood the scope of their influences which included IDM producers, dark jazz greats, classical composers, and kraut rock bands. Talking Heads’ Remain in Light and Bjork’s Homogenic were cited as major reference points for sound and genre. Thom Yorke drastically changed his vocal style, in effect becoming another instrument instead of the focal point. Lyrics were not included in the liner notes as the band felt that they could not be considered independent of the music.

“How To Disappear Completely” was recorded in a church with The Orchestra of St. Johns. As the only trained member of the band, Jonny wrote the score. During the album’s sessions, Greenwood created a 50 minute recording with a modular synth and a sample from a 1967 computer music piece by Paul Lanksy. Yorke took a short section and wrote the iconic “Idioteque”.

On April 19, 1999 after three and a half months, recording was finished. With a final pool of 20 potential songs, Radiohead originally envisioned Kid A as a double album but scrapped the idea after compiling sessions proved it too dense. Material was reserved for Amnesiac released eight months later.

Anticipation was sky high. Spin described it as the most hyped rock record since Nirvana’s In Utero, while Capitol Records, in charge of US distribution called it a “business challenge.” For starters, there were no singles. Promotional copies of some tracks received some radio play while a few alternative stations chose to play the album in full. According to Yorke, this was less of an artistic choice than an effort to avoid the stress of the promotional circuit.

Instead of a standard photoshoot for Q magazine, the band sent in digitally altered portraits with smoothed skin and recoloured irises like five “gawking aliens.” The image was projected by Q onto the Houses of Parliament, posters, billboards and printed onto cheap merchandise in an effort to commercialize the uncommercial. There were few interviews, no videos, and no singles which in short meant no magazines, no MTV, and no radio. But this paved the way for a new method of promotion.

Radiohead became one of the first major acts to use the internet as a promotional tool. In participation with Capitol Records, they developed a Java applet called the Iblip that could be shared via email or embedded to fan sites and allowed users to stream the album in full before its release and pre-order the record. Predicting the next 20 years of the music business, Radiohead selected the internet as the place you would go to hear their next album. Naturally, it also became the place where you could read independent reviews on the record, or argue its merit on a forum. Unique promotional methods would become a hallmark of their entire career. Kid A was leaked on Napster three weeks before its release to weirdly positive reaction from the band. Yorke claimed Napster encouraged enthusiasm for music in a way that the music industry had long forgotten to do.

The album was widely despised by the media. Negative archival reviews run deep with responses ranging from flat out confusion to hesitation to anger. Nick Hornby called it a musical suicide note while Melody Maker deftly called it “tubby, ostentatious, and self congratulatory.” One writer described it as “the noise made by a band trying so hard to make a difficult album that they felt it beneath them to write any songs.” The band repeatedly claimed they had not set out to create difficult music.

They toured anyway to mostly sold out crowds. Yorke would later reveal that before early performances they were “white as a sheet” thinking they had been misunderstood and that the negative reaction created the sense of a fight to convince their audience. Not long after its release public opinion on Kid A was changing quickly with fans, interviewers, and media publications realizing its genius before calling it one of the greatest albums of all time.

It’s an essential part of the mythology, this idea that Radiohead created something so ahead of its time that they were written off as pretentious and obscure, instead of impactful and challenging. That Kid A was subversive enough to convince people that it wasn’t interesting, unpredictable, or inventive three descriptors that the album is now synonymous with. Above all, Kid A was different enough to cause a fuss, enough so that not everybody got it at first, but would eventually agree they were wrong about.

Check out our retrospective review of the album here

Big Wheels: TINA on HBO and How the Media Romanticizes Abuse
Wall of Rebound: Writing an Obituary for a Problematic Genius
We Gave Grammys to The Grammys
Next