A Timeline of How The Beatles Broke Up

How bad business decisions and creative differences dissolved the greatest band of all time. 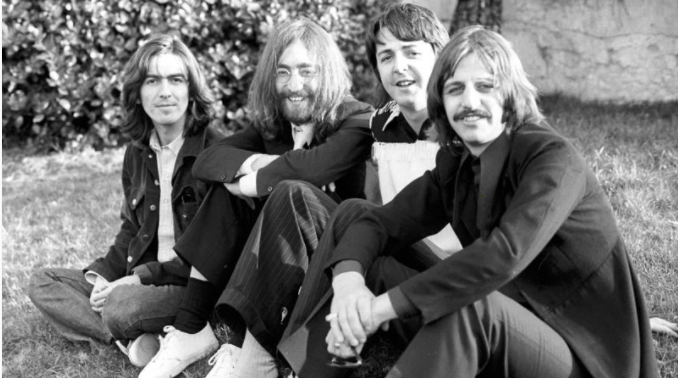 What are the odds that the best band of all time happened to be the biggest? The breakup of The Beatles is almost omnipresent in rock history; how the demise of the best band ever was its own whale-sized tragedy full of financial problems, creative differences, and familial fighting that ended the band after 10 years. Yoko Ono is not to blame. On April 10, 1970, Paul pulled the trigger in a public statement seen as a betrayal by the other members.

Writing this was emotional. I felt like I was going through my parents’ divorce records, sifting through the sum of parts that resulted in the end of something that I have grown inseparable with since I began listening to music. Getting into The Beatles is an essential experience for any impassioned music lover: listening to their songs; learning the words; graduating to their albums and beginning to understand their maturity, creative labours, and the complexities of their recordings. Eventually you watch The Anthology, stare at their pictures and album art, until you reach adulthood and start relating to their songs about life, songs about jobs, songs about love, songs about drugs, hell even their songs about nothing. It's a path most of us have taken, but to actually be there when it was happening is unfathomable. In 1970, The Beatles were still at their creative peak, with all four releasing albums within the year and Lennon claiming they could be releasing “a double album a month.”

It was almost an inevitability, a trade off, a condition if you will that the relationship that fostered the greatest music ever written would eventually cause the end of it. John Lennon wanted to expand the possibilities of the pop song and Paul McCartney wanted to perfect it (George sat somewhere in between). Together they were unstoppable, even apart they were unstoppable. In the process, their motivations along with the fact that they were the first big band business of their time and one begging to be fumbled and taken advantage of led to their end. Here is a timeline of the beginning, the middle, and the end…of the end.

August 27, 1967: Brian Epstein’s death leaves a void. Managing The Beatles from their blow-up in 1962 to the day he dies of a barbiturate overdose, Epstein handled everything from financials, to booking studios, to spearheading tours, to the band’s look. Perhaps most crucially the band looked to Epstein to resolve conflicts to which he diffused pragmatically. Infighting increases substantially and business matters are taken up by Paul McCartney much to the dismay of the rest of the band.

December 26, 1967: Magical Mystery Tour is broadcast on TV. Considered McCartney’s first initiative post-Epstein, he directs it and negotiates a deal with the BBC. Since colour was not yet available on BBC1 among other reasons, it is later called an administrative disaster from shooting to broadcast and The Beatles’ first critical failure.

May 1968: The Beatles leave EMI and start their own company Apple Corps in an effort to reverse some of Epstein’s decisions that created low income and high taxation for the group. Subsidiaries include companies that produce electronics, film, publishing, and tailoring amongst many other businesses. Apple does not turn a profit.

January 26, 1969: Notorious Rolling Stones band manager Allen Klein meets with John Lennon after the former reads the latter’s press statement that The Beatles would be “broke in six months.” Lennon makes him his financial representative and proposes Klein to the rest of The Beatles as their new manager. McCartney prefers Lee and John Eastman, the father and brother of his future wife Linda. Harrison and Starr vote Klein. The Eastmans become their attorneys.

May 8, 1969: After constant confrontation between the Eastmans and Klein, the Eastmans are dismissed and Klein gets a three year contract with The Beatles. McCartney refuses to sign, though he is outvoted. Klein immediately begins firing employees and downsizing Apple Corps.

May 30, 1968: During the sessions for The White Album, Ono frequently attends much to the discomfort of the group who normally do not allow girlfriends in the studio and often worked in isolation. John and Yoko had consummated their relationship roughly two weeks prior while Lennon’s wife Cynthia was away in Greece. Throughout the rest of the sessions they are practically attached to the hip and she is present at every band gathering. After dissatisfaction with his standard of drumming, namely from McCartney, Ringo angrily leaves the band and returns months later.

November 1, 1968: George Harrison releases his solo debut Wonderwall Music. His emergence as the third songwriter leads to much of his material being rejected for album side space by Lennon and McCartney. The famously coolheaded Harrison abides though he eventually comes to resent their domination after contributing songs that “were better than theirs and we’d have to record maybe eight of theirs before they’d listen to mind.”

November 22, 1968: This is where things really start to fall apart. By the release of The White Album, relations were rapidly deteriorating. Spirits were deflated by a disillusioned visit to the Maharishi and motives differed greatly. Paul, John, and George worked on their compositions on separate floors. McCartney disapproves of “Revolution 9”, a bizarre sound collage and collaboration between John and Yoko, while John criticizes McCartney’s light hearted “Martha My Dear” and “Honey Pie”. The band stops giving collective interviews.

January 30, 1969: While the band’s future status is in limbo, they give their final performance on the roof of the Apple Corps Building of “Get Back”, “Don’t Let Me Down”, “I’ve Got A Feeling”, “One After 909”, and “Dig a Pony”, most of which is played twice. They play for 42 minutes before the police ask them politely to turn it down. They begin work on Abbey Road, their last recorded, penultimately released album the following month.

March 1969: Dick James, a major holder of the right to license The Beatles' catalogue sells his 32% stake in Northern Songs to ATV without informing Lennon or McCartney giving them no chance to buy him out. Him and Epstein started the company in 1963 to publish songs Lennon and McCartney wrote and the sale would give ATV controlling interest of their compositions. Paul and John who hold 26% of the company begin a ploy to bid out the majority of James’ stock until Lennon’s comments to reporters about “men in suits sitting on their fat arses in the City” offends investors. Decades after Lennon and McCartney sell their 26% in 1969, Michael Jackson disregards his friendship with Paul McCartney to buy ATV.

August 20, 1969: The completion and mixing of “I Want You (She’s So Heavy)” marks the last time all four Beatles are in the studio together.

Paul McCartney: “I thought that until this album that George’s songs weren’t that good…”

John Lennon: “None of us like “Ob-La-Di, Ob-La-Da” and “Maxwell’s Silver Hammer”” and “those types of songs should be given to other artists to record.”

September 20, 1969: Lennon announces his departure to the group. He agrees to withhold announcement to not undermine the album release under the advice of Klein and McCartney. He later cites hostility towards Yoko and a refusal to “play sideman to McCartney” as his main reasons. He famously calls it “a divorce.”

September 26, 1969: Abbey Road is released. George Martin opts for a continuous symphonic-style album, McCartney agrees, Lennon does not. They meet halfway. Upon release it is met with mixed reception. Lennon himself later labelled it “competent” with “no life in it.”

October 1969: McCartney tells Life magazine “The Beatle thing is over.” though the remark somehow goes under the radar.

January 1970: In Denmark, Lennon tells a journalist “we’re not breaking up the band, but we’re breaking its image”

February 6, 1970: Lennon drops “Instant Karma”. Klein gives the Let it Be session tapes to Phil Spector who produced the single. Spector edits, overdubs, and splices the recordings to McCartney’s dismay who was unaware of Spector’s involvement and hates the new recordings, especially the 36 piece orchestra--full choir version of “The Long and Winding Road” which was originally envisioned as a modest piano ballad. His requests to have it reverted go unheeded.

March 27, 1970: Ringo releases Sentimental Journey. The idea for a Ringo solo record came while The Beatles were still together; John suggested it despite Ringo's limited writing abilities. Thus,iIt’s a collection of standards with various arrangers including McCartney and George Martin. Robert Christgau says it’s for “over-fifties and Ringomaniacs.”

April 17, 1970: Paul releases his solo album McCartney featuring the classic “Maybe I’m Amazed”. Starr’s attempts to have the release date moved in an effort to create space for Let it Be and his own record cause McCartney to dismiss Starr from his home and likely contributed to the public announcement of his departure. Lennon is angry McCartney gets the credit of announcing the band's breakup to promote his album. Lennon later states, “I started the band. I disbanded it.”

May 13, 1970: Let it Be the movie is released. It’s full of footage of fighting. Many consider film versions of the songs to be better than the album itself.

November 27, 1970: George Harrison releases All Things Must Pass, a near two hour spiritual opus inspired by time spent with Bob Dylan, The Band, Delaney & Bonney, and Billy Preston. His third solo album, he began work as soon as Let it Be was released.

December 11, 1970: Plastic Ono Band is released after Lennon and Ono receive four months of primal scream therapy. He lives in New York for the entirety of the decade despite deportation attempts and continues his activism against Nixon and the Vietnam War.

December 31, 1970 Paul McCartney files a suit for the formal dissolution of The Beatles. It does not formalize until exactly four years later when Lennon signs the termination at Disney World on vacation with his family.

March 1973: Lennon, Starr, and Harrison finally sever their ties with Klein after his mismanagement of Harrison’s Bangladesh project and his lack of support for Lennon’s increasingly political music. Klein countersues Apple for $19 million. He settles for five and bitingly refers to Lennon’s negotiating tactics as “Kissinger-like.”

April 2, 1973: Allen Klein releases The Red Album and The Blue Album, compilations under the Apple Records imprint. they go multi-platinum and demand for the group’s music continues to be very high. It sparks a wave of profiteering attempts off of compilations from EMI who release Rock ’n’ Roll Music and Capitol who release …at the Hollywood Bowl.

April 24, 1976: After a half decade of persistent rumours and offers for reunions some offering 50 million dollars, Lorne Michaels offers The Beatles $3000 as a joke to reunite on the show. Paul and John watch from Lennon’s apartment in New York, they consider it but then opt to stay in. Harrison attends.

What Almost Famous Got Right About Music Fandom
History Lesson: Radiohead Redefine Their Sound
Wall of Rebound: Writing an Obituary for a Problematic Genius
Next