Chemtrails Over the Cancel Club: The Duality of Lana Del Rey

We breakdown the complex and perennial figure fresh off her new album. 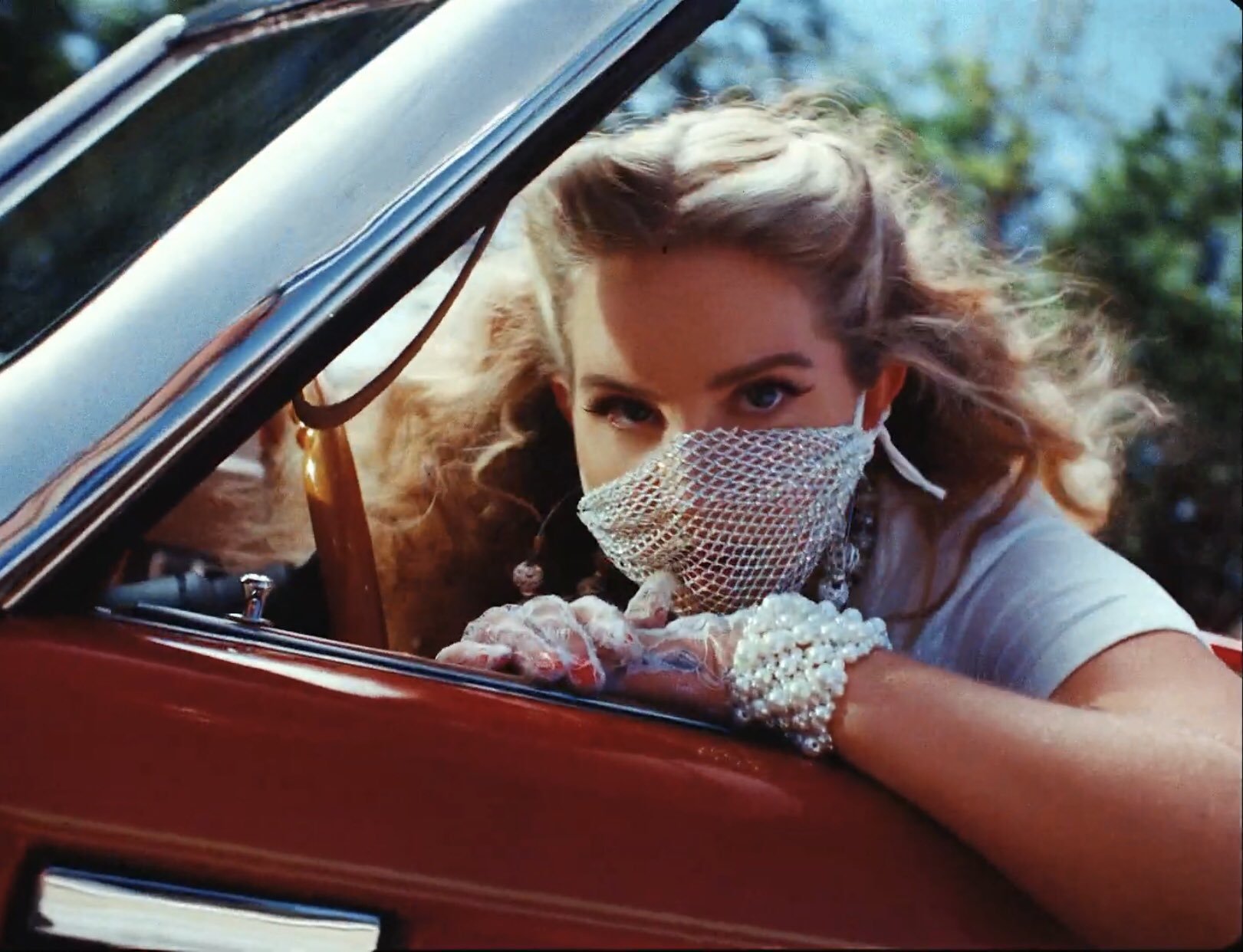 Frequently cited as one of the premier songwriters of our generation, I would be remiss to say that just two years before you would catch me calling Lizzy overrated (it’s the verses). I was not however expecting her music to take the turn it did in the fall of 2019. Strolling through Dundas Square at rush hour, a little overwhelmed to be back in the city after a summer in Woodstock, Ontario I stopped and took a moment to catch my bearings. Looking up at the billboards, there she was… Ms. Del Rey embracing Jack Nicholson’s son on a yacht like a seabound enchantress. A new record was out: Norman Fucking Rockwell.

NFR presented a quieter, more matured sound than any of Del Rey’s previous releases. She still carried that Golden Hollywood charm, but the smoke screen of glossy aesthetic was now extinguished to put an emphasis on some of the most hard-hitting, introspective poetry she ever put to paper. NFR went on to be Del Rey’s most critically acclaimed work to date. Riding high off the success, Del Rey and indie-pop’s new secret weapon Jack Antonoff went right back to the studio to begin recording White Hot Forever which would eventually become what we now know as Chemtrails. That’s why we give a shit.

Two things happen between the release of NFR and Chemtrails: Del Rey gets tattooed with a cancel culture bullseye… and COVID-19. The latter is simple enough, with enough being written on the pandemic’s effect on entertainment for a few generations now; the former requires more dissection.  From lashing out against fellow popstars for criticizing her lyrical content, to provocatively greeting fans with a mesh facemask, to unabashedly parading the fact that she has BIPOC friends, there is definitely room for criticism of Del Rey’s recent actions.

Now, I do not want this to come across as me letting her off the hook. Del Rey has been incredibly disrespectful on a global stage and needs to check herself for that. But I also subscribe to the radical idea that celebrities are human beings too; being dragged through the Fargo-esque woodcutter of media outrage could not have been a pleasant experience and I can see how it could leave someone of Del Rey’s stature feeling exposed. We are all guilty of actions and words we are not proud of and, most of the time, this does not make us terrible people. What makes us different to celebrities is that we do not have Sauron’s eye staring at us at all times, waiting for us to make a mistake (or mistakes in the case of Del Rey). This scrutiny of the media has evidently spilled out into the content of, while not her best work, Chemtrails, her most vulnerable record.

Chemtrails is even more stripped back than NFR. Permeating the influence of legends like Joni Mitchell and Joan Baez, Chemtrails is essentially a folk record. Without a pop single in sight, Del Rey and Antonoff bask in a quiet ambiance that resembles some of NFR’s best tracks like “hope is a dangerous thing for a woman like me to have— but I have it”. This can be the record’s greatest strength. It can also make it feel less like a new record and more like a collection of NFR b-sides. The album’s weakest cut, “Wild at Heart”, blatantly repeats the chord progression from the chorus of “Love song” without producing a song that’s half as resonant. It just comes off as lazy.

That isn’t to say that sharing DNA with NFR is a bad thing, “Let Me Love You Like A Woman” feels like a spiritual sequel to NFR’s titular track. “Norman fucking Rockwell” is a scathing yet compassionate portrayal of a boyfriend who is too caught up in his own image to be open and caring with Del Rey. “Let Me Love You Like A Woman” presents a scenario where Del Rey is having a serious conversation with her partner. She’s ready to leave L.A and start a new life with this man, but she needs to know he’s going to be vulnerable with her and allow her to love him “like a woman”. Vulnerability can be hard for men due to how we are conditioned by the patriarchy. Society views vulnerability as a “feminine” trait and men misperceive it as a sign of weakness. It takes strength to be vulnerable with your partner and is necessary to the growth of any healthy relationship. Del Rey’s reflection on this dynamic is gorgeous and, hopefully, enlightening to some of its male listeners.

This is why Del Rey can be so hard to reconcile. The dueling halves of her persona are constantly contradicting each other. On one end the court of public opinion is currently judging her for glamorizing abuse. An argument could be made that she is guilty of a specific form of cultural appropriation. Appropriating a time in American history, viewing it with rose-tinted glasses as opposed to representing how problematic post-war America was for women and people of the BIPOC community. It is a valid discussion. However, laser focus on this discussion takes away from two important facts: one is that Del Rey is far from the first artist to paint over the darker corners of history in their art; the second is that it takes away from how nuanced Del Rey is as an artist/pop persona.

She has helped reshape what the modern pop artist looks like to millennial and Gen Z audiences. Part of this is thanks to her aesthetic, how her Golden-aged glamour and cool-collected attitude gives her crossover appeal from a more elitist crowd of music listeners to serve as a gateway to her pop contemporaries. She's also prolific as fuck. Just look at how just mere days after the grueling press run for Chemtrails was finally over she announced yet another album, launching a new cycle...and then there’s the songwriting. Despite recent accusations, she continues to pen complex ballads about the destructive nature of toxic masculinity and the nuances of feminine identity. I am not saying this invalidates the accusations. I'm just saying that Del Rey, as an artist and any other kind of human being, is complex and should be viewed as such.

If you spend too much time politicizing this record, you’re going to miss how good a lot of the music is. “White Dress” is another stunning standout about being a frightened 19 year old eager to prove yourself to the world, any small successes making you “feel like a god.” There’s such power in the fragility of Del Rey’s vocal performance on this track. It’s high-pitched and shaky, more concerned with emotion and feel rather than key or even rhythm. She’s truly tapping into a younger version of herself on this track. There’s unbridled excitement and also a fear of not having the right words. It perfectly captures an age where you have the whole world at your feet and no idea which way to walk— you just push forward with the confidence of youth.

A personality is layered and unique to the individual, but fragmented nonetheless. The best track on Chemtrails may also go down as its most controversial. “Dark But Just a Game” is an acoustic ballad that criticizes the media’s tendency to make people the sum of their most questionable decisions. Del Rey simply resigns herself to the fact that she cannot change how the world perceives her and that she can only be herself. This could be viewed as her absolving herself of responsibility for her actions, but that’s not how I choose to interpret it. I just view it as her saying you can’t pretend to know someone off of a few snapshots of their life. And whether or not you are a diehard Lana stan or you think she is the antichrist herself, it’s hard to deny she is currently releasing some of her best work.