Op-Ed: If Kanye Wants To Be a Legitimate Presidential Candidate, Let’s Treat Him As Such

If not, let’s stop covering the presidency like a publicity playground for the elite 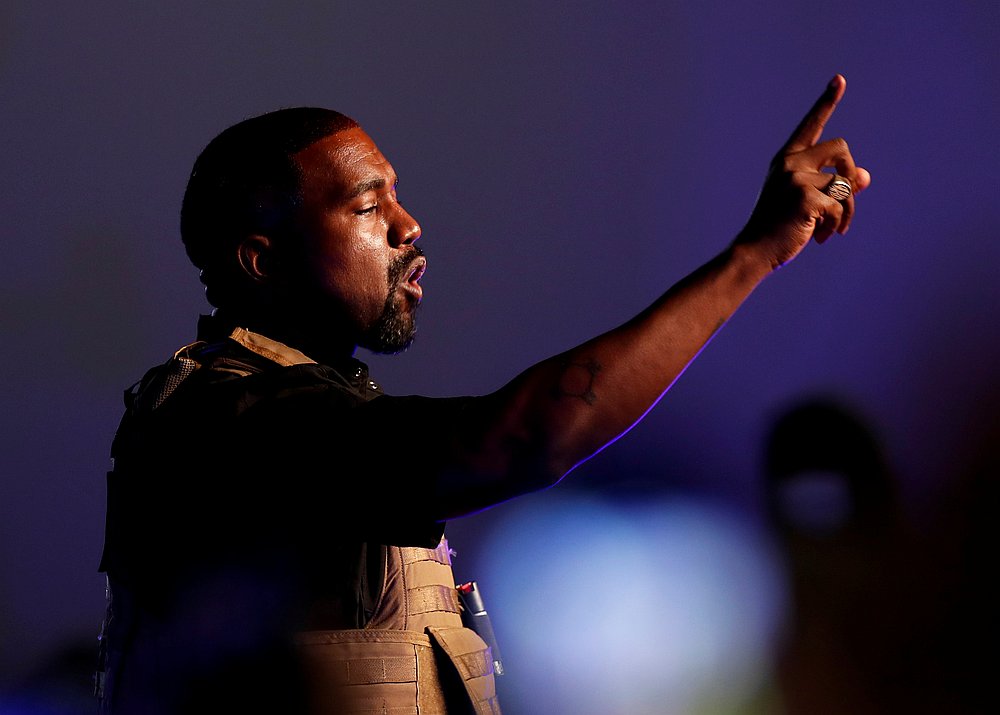 One day after hosting a presidential campaign rally in North Charleston, S.C, on July 19 that caused widespread confusion and criticism, Kanye West took to Twitter again to make preposterous and potentially damaging claims about himself and his family, fuelling ongoing questions about his mental health.

In a series of tweets that have since been removed, he criticized his mother-in-law Kris Jenner for exploiting her daughter’s career and revealed his wife Kim’s apparent intentions to have a doctor “lock him up”. He also used his platform of 30 million followers to defend Bill Cosby and claimed the film Get Out was about his life. To cap it all off, he revealed his new album Donda will be released this week, stating: “Ima focus on the music now.”

Needless to say, pop culture media pounced on this latest opportunity to capitalize on what appears to be a very public meltdown. But while these speculations raise legitimate concerns about West’s mental wellbeing, they also call into question our complacency, voyeurism and stigmatization of mental health struggles, and distract from the bigger picture surrounding American politics and society. At this point, it’s unclear if West is dropping out of his presidential bid, but these recent developments could have lasting implications on his career - music or otherwise.

Kanye West first flirted with the idea of the presidency five years ago, but he officially announced his 2020 campaign on Twitter on July 4. It’s unlikely that his name will appear on the ballot in November, as he missed the deadline to qualify in several states but is apparently working to collect enough signatures to qualify in others. He supposedly filed the necessary forms with the Federal Election Commission that technically make him an official presidential candidate -  along with over 1000 others.

But if the 2016 election taught us anything, it’s that the media cannot simply dismiss a rogue candidate’s quest for the presidency. As a multi-award winning musician, billionaire entrepreneur and world-famous celebrity, West has enormous clout in social spheres that, as we know, can easily manipulate the political arena. Although West’s inaugural rally and the subsequent developments have raised controversy and alarm, the potential influence of his campaign - however fleeting in its lifespan - cannot be ignored.

If this is all sounding a little too familiar, that’s because questions about the current president’s mental fitness have circulated since before he took office. However, industry ethics keep psychiatrists from commenting publicly on Trump’s mental health without conducting a proper medical examination. West was diagnosed with bipolar disorder in 2016, but he has refused treatment in the past. Following his campaign rally, reports emerged that his family is worried he is in the throes of a manic episode that is affecting his decision-making.

As a result, the media finds itself in a balancing act of reporting on the baffling developments surrounding a seemingly unstable presidential candidate, while contextualizing it amidst a relentless global pandemic, climate change, an economic crisis, nationwide protests and a fast-approaching election with global repercussions.

If we are to learn our lesson from 2016, perhaps the approach this time around is for the media to treat the West campaign with the legitimacy it demands - at least for as long as it lasts. Instead of making a spectacle, poking fun at, or dismissing a seemingly far-fetched publicity stunt for fame and notoriety, West needs to be questioned on his policies with as much rigour as on his music career.

If he ends the distribution of emergency contraceptive pills, as he has suggested, what will he do for women seeking abortions and making safe choices regarding their own reproductive health?

If he promotes anti-vax agendas by peddling unfounded conspiracy theories, what are the alternatives for resolving the pandemic?

If he doesn’t have any real foreign policy agenda, how will he uphold the United States’ important role in globalization, trade and investment?

By being spared these vital questions, West is granted a wide-open platform to tout a campaign that is dangerous for his own mental wellbeing, as well as the social, political and economic development of the country.

The presidency should not be a publicity playground for elites like Kanye West or Donald Trump to try their hand at politics. Instead of holding our breath and waiting for whatever West does next, we must ask ourselves if we are complicit in a huge public unravelling of one of the most prominent celebrities of our time, and what the consequences of such an unravelling might be.