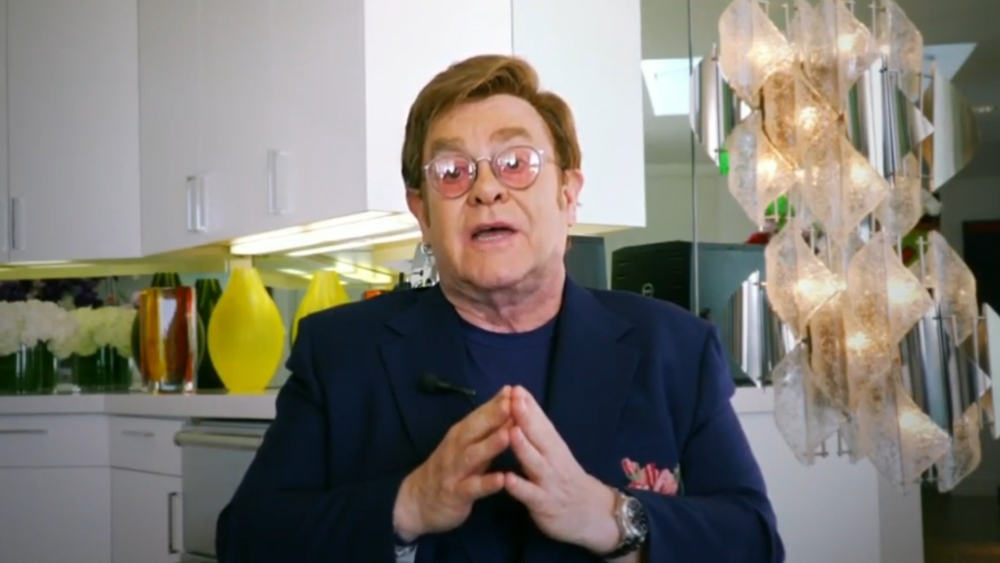 Last night Elton John, iHeartMedia, and Fox led the biggest joint effort fundraiser so far during the pandemic, a virtual benefit concert where a handful of big name acts used their phones and webcams to capture barebones performances of their biggest hits. It was commercial free with proceeds and donations benefiting food bank network Feeding America and First Responders Children’s Foundation for children of deceased first responders and financially affected families. It is streaming on YouTube until Wednesday at 10:00 PM.

“I can’t tell you how important it is for you to take this pandemic seriously. Not long ago, there was another infectious disease that was ignored,” John opened, “Day in and day out, the disease got worse because we did nothing. Too many forgot about compassion and decency, so millions and millions of people perished from AIDS. But this time we aren’t going to let that happen. So stay home for the ones you love,” By 12 minutes into the broadcast the program had already raised $1 million thanks to a $500,000 donation from Procter and Gamble matched by another $500,000 by Fox.

While we’re used to most broadcast fundraiser live performances that feature full bands and celebrities raising money through telethons, the universal confinement of self quarantining meant stripped down versions of Dave Grohl’s “My Hero”, Billie Eilish’s “Bad Guy” with counterpart Finneas, Billie Joe Armstrong’s “Boulevard of Broken Dreams” interrupted by his dog, and a sort of reunited Backstreet Boys singing “I Want It That Way” from five separate locations.

Lady Gaga delivered a message from her home studio, “My heart goes out to people who have lost loved ones and also to people that are losing their jobs,” with an emphasis on mental health and connection. At one point during the concert, Elton chatted with Lizzo about the positive environmental implications comparing Canada to a jungle with overwhelming plant growth and an abundance of sea lions chatted with Elton. Neither Gaga or Lizzo gave a performance though John did sing a few bars of “Juice”.

Mariah Carey closed the show with “Always Be My Baby” joined by Daniel Moore on piano and a trio of backup singers (who unless live with Carey are breaking social distancing?). Elton who mentioned he was quarantining in the only piano-less house he’s ever lived in, made it clear that his son’s keyboard was not his before playing a small portion of “Don’t Let the Sun Go Down on Me”.

Donate to Canadian coronavirus efforts here and check out our list of artist relief funds.