New Thundercat Album Officially On the Way, New Song Out 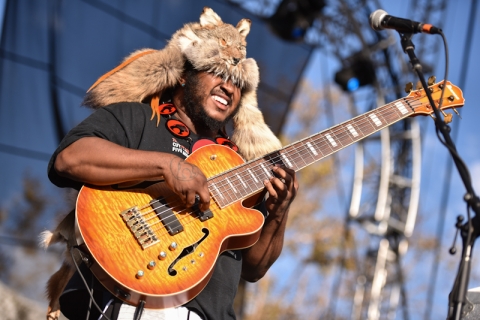 Virtuosic jazz bassist has announced his followup to 2017’s excellent Drunk. It is What It Is is due out April 3 through Brainfeeder.

Regarding the thematic content of the album, Thundercat stated in a press release that, “This album is about love, loss, life and the ups and downs that come with that…at different points in life you come across places that you don’t necessarily understand... some things just aren’t meant to be understood.”

Thundercat makes music akin to the slew of technically proficient jazz fusion bassists that were commonplace in the 80s quiet storm scene and informed by psychedelia and neo soul. Perhaps the best bassist in music today, Thundercat’s appearances on Kamasi Washington’s The Epic, Kendrick Lamar’s To Pimp a Butterfly, and Flying Lotus’ Cosmogramma put his familiarity with modern urban sounds and his ability on full display.

Check out the tracklist after the jump and see where we ranked his instant classic “Them Changes” on our list of the best songs of the decade.

It Is What It Is: