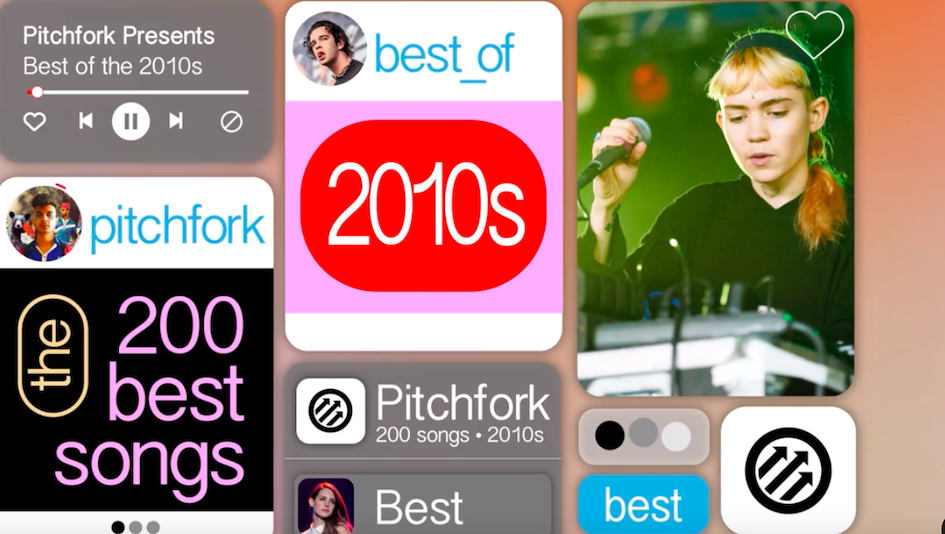 American music publication giant Pitchfork, released their end of decade lists and the internet has responded..by bickering. Two listicles ranking the 200 best songs and albums of the 2010’s were released within a day of each other with decidedly shorter pieces and dumbed down language. Self declared as “the most trusted voice in music," Pitchfork built an early reputation for their scathing, high standard and against the grain decisions. Now to many readers, Pitchfork seem to be phoning it in.

Remember 10 years ago? In Late August of 2009, when they declared Outkast’s B.O.B. the best song of the 2000's? It was a bold if not loaded take, and inherently Pitchfork. Current placeholder of the 2010’s, Alright feels more like a safe bet in comparison: a heavy-handed appeal for woke culture, but not much else.

Perhaps even more interesting is the exclusion of Kanye West from its coveted top slots, adding zero Kanye songs to the top 15 and blocking My Beautiful Dark Twisted Fantasy from #1 in favour of Frank Ocean’s Blonde. It’s pretzel logic to some, as MBDTF is the decade’s only recipient of Pitchfork’s coveted perfect 10, while Blonde received a 9.0.

Taylor Swift’s Red, which Pitchfork neglected from reviewing at all upon release, ranks at #59 here, while Run the Jewels 2, their #1 album of 2014 didn’t make the 100. Mark Kozelek’s Sun Kil Moon, a great representation of the music Pitchfork used to champion in its previous iteration is omitted entirely from both lists, while Nick Cave, Ariel Pink, and James Blake were also notably absent. Elsewhere, Snail Mail’s Lush sits two seats above Radiohead’s A Moon Shaped Pool, an album that received a 9.1 on release.

Once a reliable curator of pop and alternative music and necessary critical voice during the indie boom of the 2000’s, one can only consider Pitchfork’s mid decade acquisition by mass media titan Conde Nast as perhaps the motivation behind their overhaul of staff, more politically charged agenda, and spamming. It’s perhaps a redirection in targeted demographic, as Pitchfork are going through a pay wall come the end of the year.