Sermon in the Desert: Kanye in IMAX

On the eve of his 9th album release, Kanye West drops an experimental concert film. 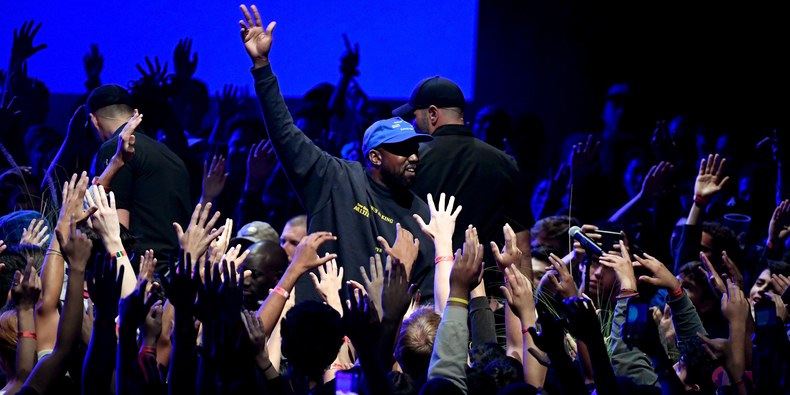 Directed by Nick Knight and produced by West, the film features a tight selection of songs, mixing traditional gospel and some original tracks. The film exhibits an experimental structure, with the screen often cutting to black before jumping to an entirely different scene.

The cinematography was strikingly unconventional, placing the viewer right there in James Turrell’s Roden Crater sometimes from the ground looking up. Terrence Malick-esque motifs of circles and nature are prominent throughout the film. Another shot was a close-up of one choir singer’s face for, no joke, maybe four minutes of this 30-minute film.

West’s backing band and choir, The Samples, led by the extremely animated Jason White are undeniably top notch while, Turrell’s crater, or “Desert Dome”, prominently featured in the film’s poster, afforded the group outstanding acoustics which transcended the IMAX speakers. West, whose been known to have a God complex, does not prominently show up in the film until 26 minutes in, and even then it’s a dark silhouette of the Chicago-native, only recognizable by his distinct voice.

On the heels of the highly anticipated album, also titled Jesus Is King, West has been on a bit of a press run.

At the film’s official premiere and album launch party at the Los Angeles Forum on Oct. 23, West took to the stage, after the film concluded, to grace attendees with 10 Jesus is King tracks. Some numbers featured include the highly-anticipated Closed on Sunday (aka “Just like Chick-fil-A”) and New Body., which on record features the long awaited reunion of Clipse alumni Pusha T and his brother, now pastor No Malice. Earlier this week, West pledged to release the album today, after two previous release dates were missed in late September.