Why Bo Burnham’s new special Inside is the best piece of music this year so far. 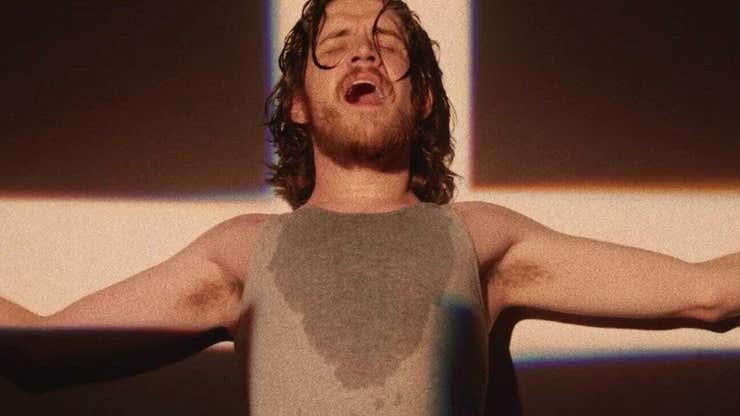 A door creaks open and light starts to spill in. It’s the first contact Bo Burnham has had with the outside world since the beginning of Inside. It seems as if our hero, Bo has chosen a tiresome trope; the brooding adventure of an 18-month global pandemic comes to a close as he walks towards the sunrise— but this is a misdirect, and a cruel one at that. It’s not the dawn's early light that Bo steps to, it’s a blinding spotlight. The door shuts behind him. Laughter and applause flood the mix; the weight of “normal” life comes crashing down on Bo and he can’t take it. How could he? Frankly, I wonder how any of us pulled it off after lockdown related agoraphobia converted our houses into human foxholes. He tries to go back to the room that’s been driving him mad, but the door is locked.

Confine a generation, force them to watch every system they thought they understood implode over a year-long livestream, and then throw them back into the rat race. What could go wrong? The longstanding implications of this pandemic have only just begun and Bo knows it. The special's final moments make for the most chilling imagery you’ll see this year in film, serving as the thesis of Inside: “normal” is gone. What was “normal” even in the first place? This is a question Inside ponders extensively.

When I finished Burnham’s claustrophobic, no-audience comedy special, I felt like I was going to be sick. He had taken the last year and a half of my life and regurgitated it back to me in joke and song. Whether singing about civil unrest through the persona of a sock puppet or reflecting on being forced to digitize your sexuality for a modicum of human connection over silky-smooth R&B production, Bo manages to capture every layer of our isolation without missing a beat. It may be a comedy special, but boasting a 20-song track list, Inside makes for one of 2021’s most poignant listens, if not best albums.

Part of what earned Bo the reputation as the premier satirist of his generation is his ability to thoroughly deconstruct and dismantle it, pointing the finger at our obsession with pop culture and material worth. 2016’s Make Happy saw Bo prolifically parodying everything from stadium country to Yeezus, unified by his deep understanding of genres, tropes, and structures. 5 years onward and Bo's musical education has only broadened, reaching beyond his signature hipster Weird Al spoofs and delving into synthpop, traditional, Brooklyn dance-punk, slow jams, Andrew Lloyd Webber… and, of course, Trey Parker and Matt Stone. This hodgepodge of genre is appropriate given Bo's critique of our gluttonous consumption of digital content and the way that content is marketed to the masses. TikTok has made it a point to compare Bo’s disheveled appearance to one Father John Misty— but the comparison runs deeper than looks.

While it currently stands with Fiona Apple’s Fetch the Bolt Cutters and Dave Chappelle’s 8:46 as the quintessential works of “pandemic-core”, Inside goes further into a theme that Bo has been exploring as early as what.: the permeating whiteness of sheltered upper middle class Americans. It’s not always with hostility; “White Woman’s Instagram” is endearing in its portrayal of social media and self-worth. On the other hand, “How the World Works," an incredibly effective duet with a sock pocket, is seething with venom: “Why do you rich fucking White people insist on seeing every socio-political conflict through the myopic lens of your own self-actualization?” This is a ruthless takedown of White America's shameless exploitation of the BLM movement to propel its own egocentric agendas. The sardonic delivery met with Socko's horrific demise makes the pill all the harder to swallow.

When he’s not focused on class divide, Bo comes back to the pandemic of it all with equally potent results. Bo reflects on how the pandemic has reverted us back to restless children through a Jon Brion-esque piano ballad on “Look Who’s Inside Again" and laments on the depressing reality of celebrating your 30th birthday in lockdown on “30”. It's a sordid state of affairs that makes us susceptible to new variants of exploitation.

Bo throws blows at the oligarchs and tech moguls pillaging a traumatized nation, absurdly celebrating the “victory” of Jeff Bezos and calling out, in his own words, the "bug-eyed salamanders" of Silicon Valley for permanently altering the human experience for the worse. The sympathy of the piece lies with the coming generation. Sure, there’s jokes at the Zoomers expense too with Burnham at one point telling them not to come crawling to him when they develop a dissociative mental disorder from staring at a screen… but even these jokes come with palpable sorrow. It’s the logical progression of Bo's directorial debut, Eighth Grade: 1. commiserate with the younger generation, 2. spit in the face of corporations that have knowingly exploited them for profit. After a rapid-fire presentation of digital excess, Bo devotes the second movement of “Welcome to the Internet” to discuss how the future of media companies hinged on the normalization of digitally hypnotizing America’s youth. A two-year old playing on her mom's iPad is all part of the plan and the lack of control we have over our own destiny is terrifying.

Inside is a collection of songs about coming to terms with the reality of the world through the catalyst of crisis. It’s not always a pleasant experience, sometimes downright exhausting, but as the world prepares to open back up its door, Inside reckons the implications of what shutting those doors meant in the first place.