The first in our series that celebrates original song in film. 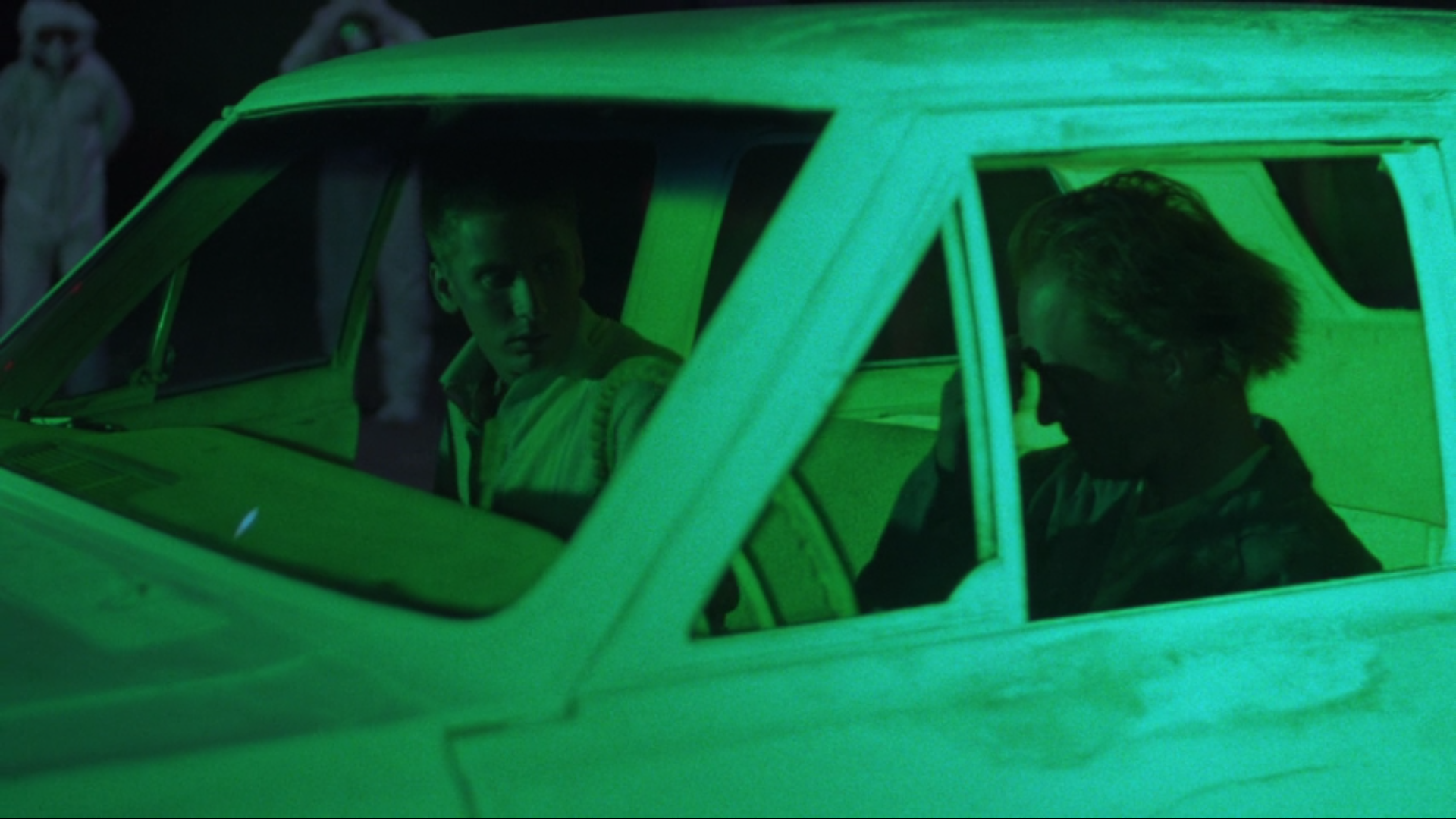 The iconic misanthropy of 1984’s left-of-the-dial classic Repo Man is best summarized by Harry Dean Stanton’s acerbic declaration, “Ordinary fuckin’ people, I hate ‘em.” Despite – or perhaps because of – this hostility, Repo Man’s reputation has grown from “cult film” to film school staple and Criterion Collection canon. Hand-in-hand with this praise is the soundtrack, which in some ways is more notable than the film itself. Universal Studios pulled the film from theatres one week after release due to disappointing B.O., only to resurrect it once the soundtrack LP began moving thousands of units. This is due to the soundtrack’s role as an essential primer of hardcore punk, then one of the few artistically viable American genres flowering in the 1980s. The album compiles huge singles from Iggy Pop, Black Flag, Suicidal Tendencies, Fear and Circle Jerks, with a memorable instrumental score by Latino punk band The Plugz. The signature song is the eponymous “Repo Man”, recorded specifically at the behest of director Alex Cox who handed Iggy Pop carte blanche.

Repo Man tells the saga of Otto Maddox, played by Emilio Estevez, a confrontational deadbeat who gets canned from his supermarket gig and dumped by his girlfriend who leaves him for his best friend. Dejected and aimless, he gets recruited by Bud, played by Harry Dean Stanton, to become a repo man and join his motley crew guided by the Repo Man Code. Before long, this drags Otto into a conspiracy involving government agents, ufologists, gutter punks, and several irradiated alien cadavers locked in the boot of a car marked for repossession.

Bookending the film is Iggy Pop’s “Repo Man”, featuring Steve Jones of the Sex Pistols on guitar and Clem Burke and Nigel Harrison of Blondie on drums and bass, respectively. Iggy Pop’s crack team of musicians laid down a surging punk tune revolving around a three-note bass riff with roaring guitars both six and twelve string. The surfy groove recalls master film composer Henry Mancini’s work on something like Peter Gunn or A Shot In the Dark, but with grimy edge. Most notably is the warbling voice of the perennially shirtless Iggy Pop, who sings of an American paved-over-paradise: “I was riding on a concrete slab/Down a river of a useless land.” The only remaining trace of nature is found in the desert, which is down to its last grains of self-respect: “I was pissing on the desert sands/When the desert whispered to me/It said, isn't this a shame?”

As the opening credits roll, the “Repo Man” plays over flickering neon green highway maps, introducing the film’s most essential non-human character, the Road. As critic Pauline Kael wrote, Repo Man is the “LA of freeways and off-ramps” capturing its own sordid version of the American road poem, but the poet here is a little less Walt Whitman and little more Alan Ginsberg as cinematographer Robby Muller’s lurid greens portray a society in decay, summarized in Bud’s blunt wisdom to Otto: “Driving makes you stupid”. While highways were once a symbol of escape and possibility, in Repo Man they’re entrapping as the characters constantly circle around without ever really going anywhere.

The film’s vehicle for Regan-era malaise is captured in the demographic Otto glumly refers to as “white suburban punk”. Despite the genuine marginalization of a core audience of white punks – chronicled elsewhere in Penelope Spheeris’ Suburbia (1983) – Otto’s lower-middle class rebellion isn’t combating chronic homelessness or similarly daunting material challenges. Rather, it’s the youthful angst of a generation unwilling to contribute to capitalism and stonewalled by its hedonistic pleasures, as sung by Iggy Pop: “I was a teenaged dinosaur/Stoned and obsolete/I didn't get fucked and I didn't get kissed/I got so fucking pissed.” Repo Man’s juvenilia is often driven by this sort of unrequited (erotic) love, but it ultimately drives deeper than that. Despite Otto’s knuckle dragging, he feels the punk’s crisis of ethos, an America unguided by core beliefs beyond a decadent rational self-interest.

That such self-interest should lead to vapid consumerism is thematic in punk, and most angrily conveyed by Suicidal Tendencies thrashy “Institutionalized” or Black Flag’s “TV Party” which mocks its beer-swilling, television-static audience. The resistance to identify with mainstream culture is not defeatist, in fact it seeks empowerment, even if Fear take it a little too far with their ironic “Let’s Have a War.” Together with “Repo Man”, these songs highlight the overall soundtrack’s impressive ability to convey the message of the film which might otherwise get lost in the many on-screen absurdities like combusting skeletons and time travelling Chevy Malibus. The aggression is reactionary, pushed and shoved by the dominant cultural politics of the day.

In the 1980s, as punks align themselves with alternative ethos like DIY or straightedge, the repo men align themselves with The Code – perhaps all rebellious acts of asceticism. But we can’t ignore the repo man’s ultimate role as economic enforcer whose activity undermines what might otherwise be class solidarity amongst the credit-less, homeless, or car-less. The hostility to the “Ordinary fuckin’ people” might be relatable, but it remains a sour collision of  laissez-faire capitalism and the shit-outta-luck misanthropy embodied in Iggy Pop’s lyrics: “Infinity throws you a curve/ Dumps you in shit you don't deserve/ As life roars by you in a blur/ Leaves you murmuring a dirty word.”