The Acid King retells a classic Canadian millennial's tale of hearing Sum 41 for the first time. 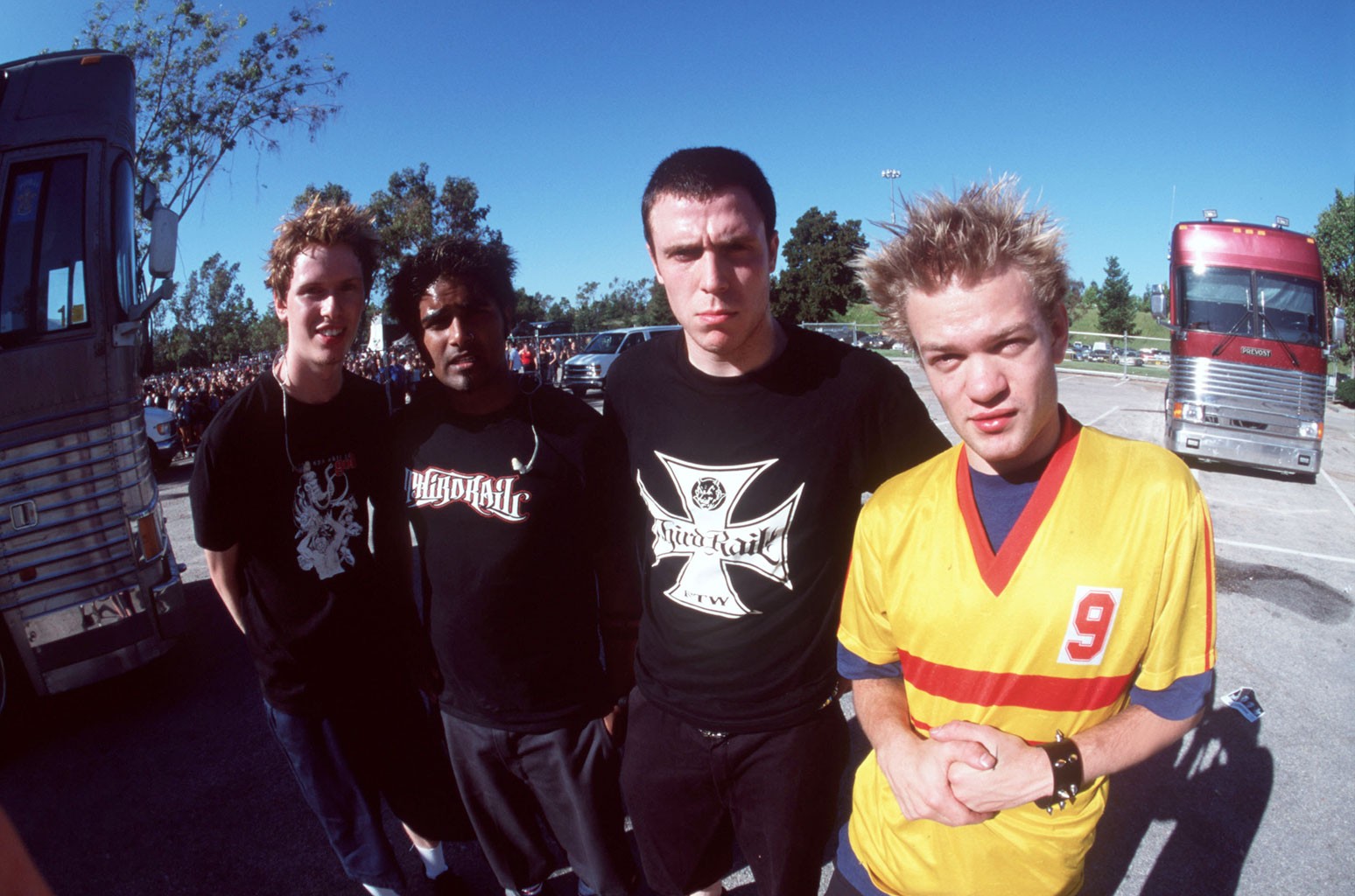 If memory serves, All Killer No Filler was the first CD I ever bought, or rather the first CD my dad ever bought for me. It was 2001 and the pop punk bubble was swollen, fit to burst with Sum 41’s reggae-tinged hit “In Too Deep” getting heavy airplay on the FM. Radio being my primary determinant of pop taste-making, the Canadian band’s debut album was an easy choice when I clacked through the rows of CDs at HMV next to a life-sized in-store promotional cut-out of frontman Derek Wibley posed in his best Sid Vicious lurch.

All Killer’s album cover collage of Sum 41’s overexposed mugs mid-sucker punch was a striking image, indicating an intriguing blend of self deprecation and a familiarity with sweet science. These elements also comprise a track list which alternates between loser anthems and tough guy posturing, both of which were very appealing to a young man piqued by the possibilities of rock music and owning his first compact disc.

The transportability of a CD back then meant that I could take it to school for an unofficial show-and-tell. When my teacher wasn’t looking, I’d pop the disk into the classroom boombox on the sly and play “Fat Lip,” a song that, in the modern parlance was a certified banger. It was simply the ultimate song to send a message: “Don’t mess with me, dude.” Its big, crunchy guitar riff was full of attitude and backed up by a verse that was not only rapped, but delivered in tandem by Wibley trading bars with lead guitarist David Baksch, which in my 8 year old mind seemed both very sick and very credible. I would proudly queue the song for all my friends to hear while cautiously scanning for authority figures in earshot during the song’s sole explicative: “Back-packed and I don't give a shit about nothing.”

In reality, a bulk of the album was full of overeager, inelegant boasts like “We laugh when old people fall!” or “I don't want to hear you bitch no more!”, and occasionally straight-up baffling when Baksch admits that “the dentist said [his] mom should've had an abortion” during what I assume was a more than a routine check-up. Sure, All Killer was sequenced with a few emotive songs like “Rhythms”, “Summer,” and “Heart Attack” to show their sensitive side, but the branding was clear: Sum 41 was Punk. Of course, I was too young then to have any of this come off as corny or premeditated, a little too prepackaged (like the production by pop punk speed-dialee Jerry Finn), so All Killer was the album on constant rotation for that year.

Revisiting the album after so many years it’s easy to see the appeal of its fast, distorted punk rock overlaid with a strong melodic sense. The mix was loud and brick walled without any dynamics to lose my attention. While ostensibly being “heavy” music from guys who praised Maiden and Priest, front man Dereck Wibley’s snarl was all but smoothed out at the edges by constant pitch correction. These elements gave it the “pop” certifier and cemented its appeal to kids like me who wanted to connect with a sense of anger but needed it to be approachable – this being the time in my life when a Parental Advisory sticker was prohibitive.

All songs full of vague notions of partying, frustration, dating and the sort of things a young kid might gravitate towards. Thankfully the irony in their voice and in their appearance assured me that they weren’t serious when they sang that “cutting people is just a minor offence”. As they professed on “Fat Lip,” it was all an attempt to avoid becoming a victim of conformity, that perennial nemesis of punks who in attempting to outrun it unwittingly played into the economically conforming forces of the market who produced a parade of look-alike one-and-a-half hit wonders distinguished only by the side-bar featurettes on Much Music. But that’s to be expected for workaday studio execs with a market to satisfy, and Sum 41 satisfied that market just fine. At that time, I didn’t know that forerunners like MxPx, Blink 182 and Green Day had already blazed the trail, and to an 8 year old kid that wouldn’t matter anyway.

There’s an undeniable connection between the chip on the shoulder carried by all youngsters and the catchy frustrations of pop punk. These were the frustrations so captivatingly debuted in the mainstream by Nirvana, capitalizing on the untapped demographic drawn to OG Husker Du’s melodic hardcore spilled over from the 1980s. Should Sum 41’s brand of punk be faulted for sounding a little less dangerous in comparison? No, in fact punk bands playing music and masquerading as Molotov-tossing revolutionaries ignites me in a similarly full-bodied nausea. But I can be honest that the enduring legacy is nostalgia, nostalgia for that first taste of insubordination treasured by every young music lover.

READ MORE: The Antlers Seen 'Round The World - The Impact of Sugar We're Going Down

The Queen is Dead turns 35
No Chili: Examining the Forgotten Assaults of RHCP and the Industry That Allowed It
The Antlers Seen 'Round The World - The Impact of Sugar We're Going Down
Next