Dave Grohl and Friends includes St Vincent and Beck on vocals celebrating one of the greatest bands of all time. 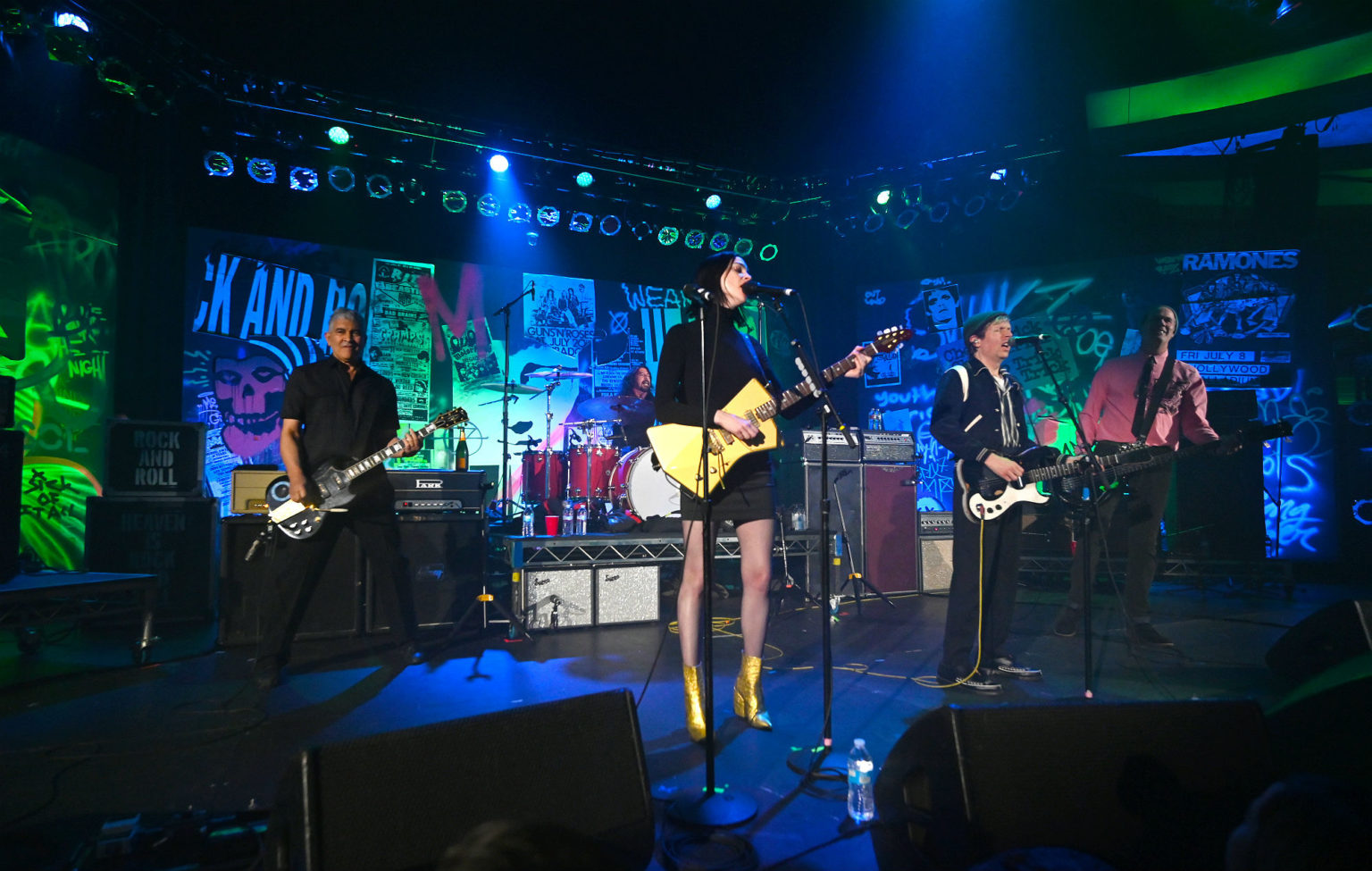 As promised, the surviving members of Nirvana, which is to say all of them minus Kurt Cobain, played a reunion set last night at Hollywood Palladium in Los Angeles. Billed as “Dave Grohl and Friends” and benefitting children’s non profit organization The Art of Elysium, the collective including Krist Novoselic and Pat Smear brought out guests and performed five songs.

The great Annie Clarke came out as St. Vincent to open with “Lithium”, her second time fronting a Nirvana reunion after 2014 when the band were admitted into the Rock and Roll Hall of Fame. Then, Beck came out to sing and man the guitar for the classic “In Bloom”. A 90’s alternative icon in his own right, Beck reminisced, “That was a pretty good mosh pit. I was in the most intense mosh pit of my life in this room. I remember being carried off my feet, and when I got out my hands were bleeding and I didn’t know why. The band was Nirvana.”

The group then all played the lesser known “Been a Son” from Nirvana debut Bleach..sick. Dave Grohl then came up from behind the kit to introduce his 13 year old daughter Violet to perform “Heart Shaped Box”. To close Dave Grohl and Friends played “The Man Who Sold the World” with Beck on lead vocals and St Vincent on guitar. The song was immortalized in Nirvana’s iconic swan song MTV Unplugged performance.

The importance of Nirvana on alternative rock music cannot be understated. The band arrived during a dry spell for out of left rock music and revised notions of underground culture when they achieved a universal reach and popularity that has arguably not been accomplished by a band since. Nirvana dissolved in 1994 when principal songwriter and lead singer Kurt Cobain committed suicide, famously explaining his displeasure with fame and success in his suicide note. The band’s powerful arrangements, progressive lyrical content, and attention to melody made Nirvana’s music not only innovative, but timeless, still carrying an omnipresence and devoted listener base today.