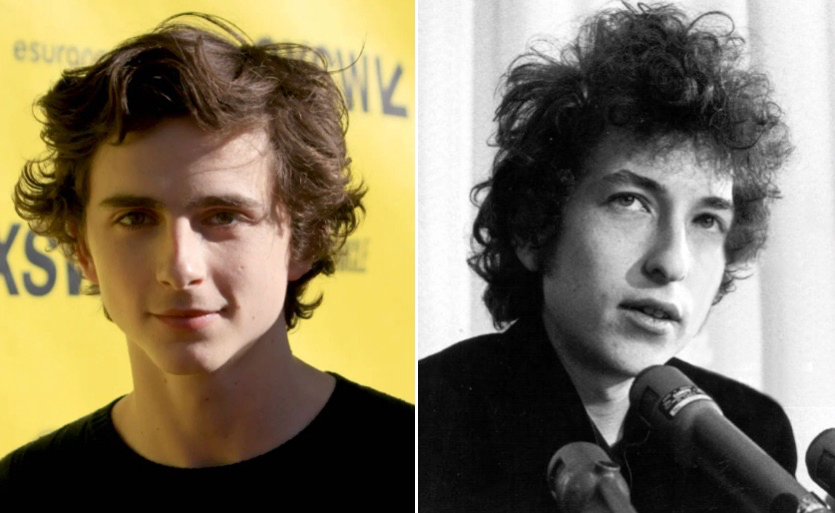 The development of James Mangold's Bob Dylan biopic, Going Electric just received a massive bump in press with what seems to be the addition of young thespian Timothée Chalamet. If things move forward, Chalamet will join Cate Blanchett, John C. Reilly, and Ben Pike as actors who have portrayed Dylan on screen.

The film, following the success of Mangold's Ford vs. Ferrari and released via Fox Searchlight has included the close participation and seal of approval of Bob Dylan himself with longtime manager Jeff Rosen credited as a producer. Though negotiations are still being finalized, filming is expected to begin once Chalamet finishes the stage run of 4000 miles in London this Spring. According to Deadline, Chalamet has already started taking guitar lessons.

The film will inevitably depict Dylan's electric period. "Dylan going electric" is widely considered to be one of the definitive moments in popular music. After The Freewheelin... and then newly released Bringing it All Back Home, Bob Dylan had cemented his place as folk music's de facto hero. Now incorporating a full band (up until that point he had only played by himself or with Joan Baez) and embracing a more "rock" sound, fans were outraged to say the least when Dylan debuted his new aesthetic at the Newport Folk Festival in 1965, iconically donning a Fender Stratocaster and Ray Ban Wayfarers. The crowd booed, Peter Seeger apparently tried to take down the soundboard, Dylan played on. Leading members of the folk movement criticized the departure.. he toured on and was famously labelled "Judas" by the divise audience at The Royal Albert Hall in England. He subsequently dropped two of the best albums of his career in Highway 61 Revisited and Blonde On Blonde and all of a sudden it became cool to subvert expectations in rock and nearly essential for the artist to select their own lane in the second stage of their career.

"Electric Dylan" was iconicized in D.A. Pennebaker's documentary, Don't Look Back. If Chalamet takes the role, expectations for Going Electric will be very high.