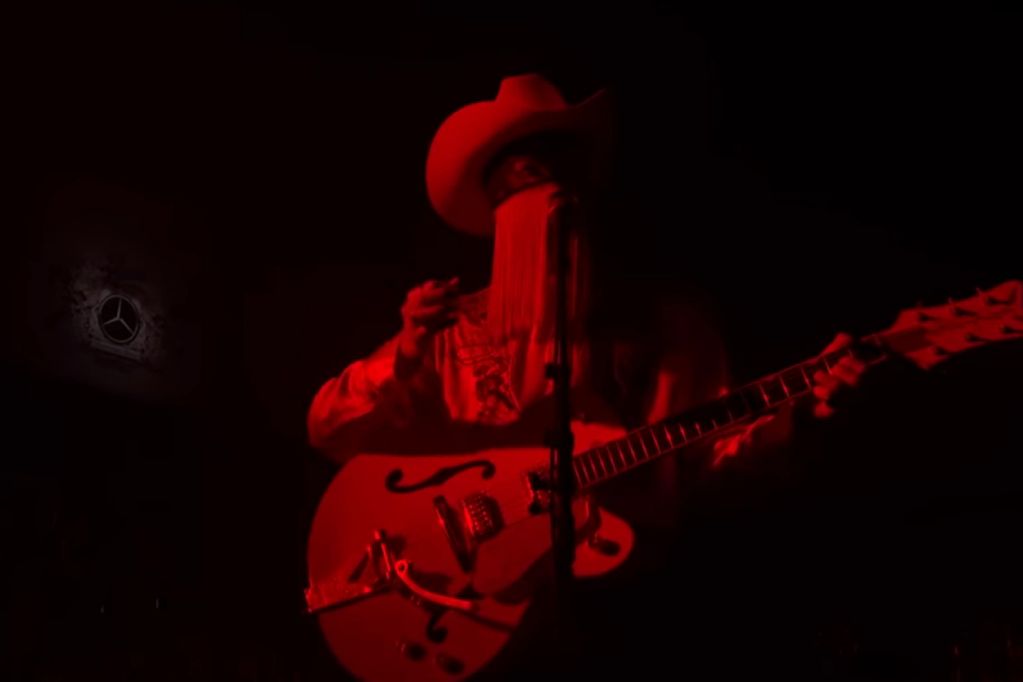 He brought along members of Toronto post punk group Frigs as his backing band and was supported by some impressive dramatic lighting. Kimmel introduced Peck festively wearing one of his signature masks, the key to his anonymity.

Orville Peck is one of the most exciting artists to emerge out of 2019. Based out of Toronto, his marriage of shoegaze with traditional outlaw style country storytelling dominated the indie conversation when his debut album Pony was released through Last Gang and Sub Pop last year. He’s slated to play a variety of festivals this season with middle line bookings at Coachella, Stagecoach, Bonnaroo, and Osheaga.

Read more about Orville Peck in our What About series.