Experimental noise rock group black midi are one of the best bands in the game. 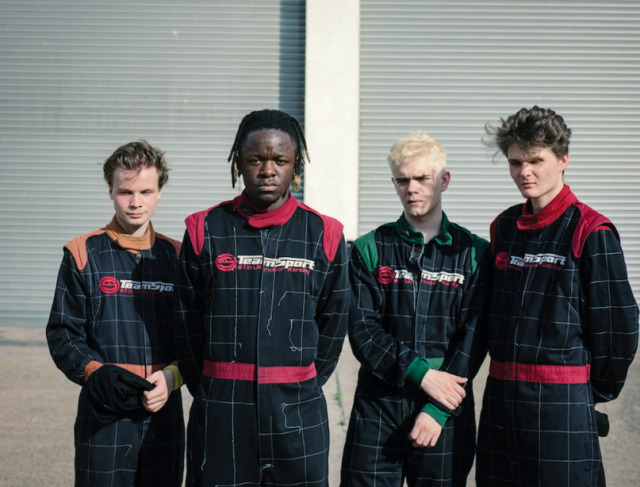 Imagine a piece of sheet music with so many notes on it, it appears to have been painted black. They call it black midi; it’s a digital concept genre where songwriters stack hundreds of thousands of midi notes (a digital notation system that triggers sounds) so densely that the CPUs of most computers aren’t capable of processing them. With the same system breaking spirit is Black Midi, a London noise rock band that very much resembles this splash of paint onto modern musical conventions. They hold nothing back, and from the busted shards of all their  musical influences make a completely unique mosaic.

Formed in London, England out of the BRIT school of performing arts whose alumni included Adele and Leona Lewis, Geordie Greep, Matt Kwasniewski-Kelvin, Cameron Picton, and Morgan Simpson started off as a highschool jam band. Celebrating their graduation, the four booked an opening slot for Shame under the name Black Midi that led to a residence at the Windmill in Brixton, where they caught the eye of Dan Cary. Cary would record Black Midi’s first two singles released in early 2019 on Speedy Wonderground to high praise and buzz around London built almost entirely on word of mouth. No marketing strategy. Barely any online presence. The band broke out internationally in early 2019 when KEXP posted a video of their live set at the Kex Hostel in Reykjavik. Making waves for their raw energy, technical skill, and left field song structure, their debut album Schlagenheim swiftly defined the group as one of the most progressive bands of 2019.

Black Midi’s songs morph and mutate into a contrasting, yet compelling feel. Every minute listeners can expect a new shift in any or all elements. For example, how the dramatized, operatic vocals of lead singer Geordie Greep hit on their song “Western” contrasts the gentle then fiery vocals of bassist Cameron Picton on Near DT, MT. Like minded musicians ear will definitely appreciate the masterfully uninhabited phrasing of drummer Morgan Simpson. Blending  jazz and hardcore, Black Midi’s powerful rhythm section sends the message that they aren’t concerned with the conventions of modern guitar music. The bass and drums lay the solid and essential groundwork for their explosive grooves, providing the two guitarists a chance to be as manic as they are. A good example of this dynamic as well as a place to start with the group is the explosive “953”, which covers a decent spread of Black Midi’s range and manages to carry a cohesive flow through multiple changes in tone and timing.

In an interview with stereogum Geordie Greep described the music of Black Midi as being “like a Rorschach test,” when explaining how listeners seem to find their own connections to their sound through music they’re already familiar with. Most of their songs were recorded in under a day with no lunch breaks. Behind a bizarre aesthetic, there are aspects of their music that can be enjoyed by many. In an era where a lot of music seems to be course corrected towards trends, it is exciting, if not refreshing to see a band like Black Midi so bold making such a wave (they’re practically on every poster this festival season). We can all but hope they continue being their erratically beautiful selves, because Black MIDI is a dense wall of sound that follows no rules.