Montreal's Lou Phelps is making waves for his dance bangers and skills on the mic. 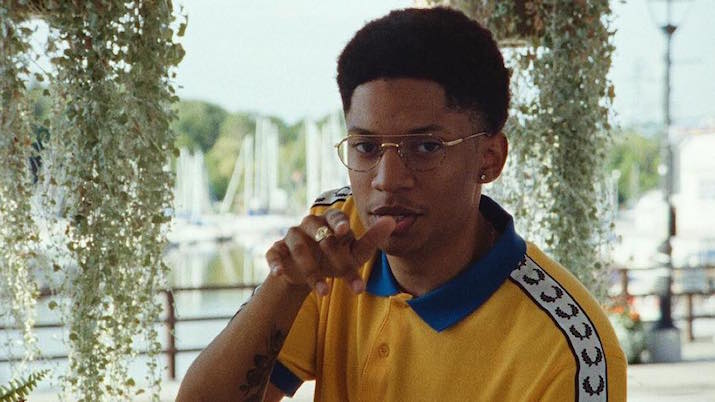 Mention Lou Phelps to anyone in and out of the Montreal club scene and you’ll get the same response: Kaytranada’s younger brother, which to any person with a famous sibling is probably a massive piss off.

Phelps for one is not a DJ, but a rapper and one of high activeness and considerable skill set. On the come up he fits right in a new class of rappers that focus on danceability versus street edge that also includes Anderson Paak, Goldlink, and the late great Mac Miller. Phelps raps in high tempos which translate incredibly well to the dance floor, but also flex technical prowess and surprising coherence with tracks like “Tasty” and the contagious “Come Inside”.

A longtime fixture of the Montreal arts scene it is admittedly difficult to separate Phelps from the accomplishments of his brother. For instance, they came up together together forming The Celestics in 2011, independently dropping Supreme Laziness in 2014 way before Kaytra won the Polaris Prize for 99.9% in 2016.

‍
Since then, Phelps has released 001: Experiments 2018 and 002 Love Me the same year via Last Gang. It benefitted greatly from the versatility and signature retrograde sound of being executive produced by Kaytranada. Banking on a lack of Canadian hip hop releases in 2018, Lou Phelps applied for the Juno for Best Rap Album in 2018 and to his surprise received a nomination. But there’s more to be owed to the genetic lottery of being in the same family as one of the best producers in music today. They have the same feel for groove and danceability, but also a similar sense of adaptability that takes Phelps’ music to diverse genres like R&B, house, jazz, piano lounge, and sometimes all of the above. In fact, it would be difficult to ignore the massive impact of Kaytranada’s originality on any contemporary retroactive electronic artist.

Still, Phelps has discussed his frustrations with the association in interviews as he carries the talents and drive of an artist who is building a career on his own terms. To him, he’s just as influenced by the jazz chords and emotional vulnerability of Andre 3000’s The Love Below or the constant artistic evolution of Kendrick Lamar as he is his older brother.

Impressively, Phelps is ESL and sometimes his mispronunciation of words give his rhymes a unique edge. Eventually he aspires to record an album in French, his first language. Far from monotone, his flow is gifted with a natural sense of melody. He’s also got a smart sense of humour, never overwhelming, giving his subject matter a certain old school looseness and distinctly retro visuals a sense of rewatchability.

Phelps reps the Montreal scene proudly, though he states a certain difficulty to get his famously elitist contemporaries to jump on his tracks for features. Still he’s got his pick of the litter with vocalists and beatmakers like KALLITECHNIS, CJ Flemings, High Klassified, and Planet Giza. Otherwise, he’s putting Toronto on as its the basis for his highest streaming figures. He’s nabbed legendary jazz trio badbadnotgood for instrumentals on “Miss Phatty” and up and coming R&B vocalist Jahkoy Palmer for “Squeeze” two tracks off 002 that showcase his features without interfering with his own performance which is consistent for the entirety of the record.

Look out for Lou Phelps.