Deborah Dugan is putting the Recording Academy through Hell and revealing corruption, electoral fraud and misconduct through its ranks. 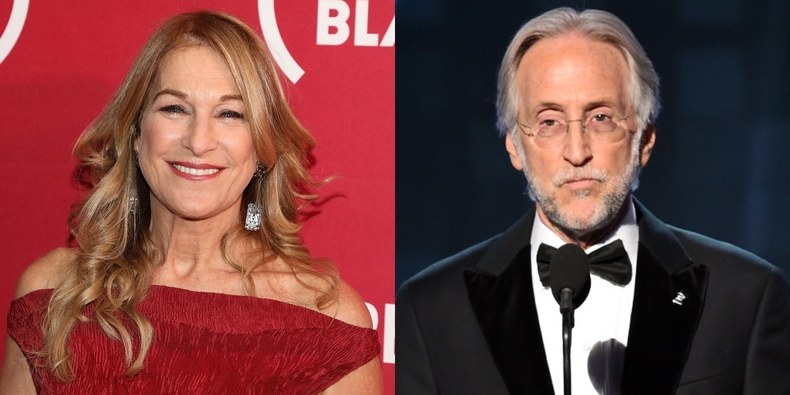 The 2020 Grammys are on the verge of implosion three days before the ceremony is scheduled to tape. Changes in top management, sexual harassment, and rigging committed by top members of the Recording Academy have taken centre stage as the major story emerging from the lead up to Grammy night this Sunday.

After being placed on administrative leave last week for bullying, former Grammy president (and CEO of RED), Deborah Dugan and her attorneys filed an extensive formal complaint with the Equal Employment Opportunity Commission against the Recording Academy yesterday. Today, Dugan appeared on Good Morning America with her attorney to discuss how an email she sent to H.R. last December calling for an investigation into the allegations of rape against former Grammy President Neil Portnow is the real reason she had been placed on leave. The two went on to discuss how the Recording Academy has gone into “panic mode” since the complaint has been filed as the ceremony is right around the corner. Here is a summary of the main articles of the explosive document:

Dugan claims that before she began work with the academy, she attended a private 1-on-1 dinner with general counsel and former board member for the Academy, Joel Katz in which he made unwanted sexual advances, talked freely about her appearance, and attempted to kiss her.

When Dugan took over as Academy President, It was brought to her attention by staff that controversial former Academy President Neil Portnow had raped an unnamed female recording artist after a performance at Carnegie Hall. The complaint claims Dugan was not made aware of the allegation upon taking over and was intentionally not informed. Dugan claims the incident was the real reason Portnow’s contract had not been renewed.

Yes, the guy who takes up five minutes of air time to talk about Musicares with the beard and glasses, that guy. The one in 2018 who when asked about the gender gap in nominees responded “women who have the creativity in their hearts and souls, who want to be musicians, who want to be engineers, producers, and want to be part of the industry on the executive level need to step up.” Yeah, that guy. Dugan’s complaint claims of a massive pay gap between her salary and her predecessors’, but also that she was directed to rehire Portnow as a contracted consultant for $750,000 annually to which she declined.

And just when you thought the Academy had been rightfully put through the ringer for their chauvinistic culture, it turns out the whole awards show is a sham. People have been arguing for decades now about how the Grammys fails to properly recognize female and ethnic artists and the insane upsets year after year in urban and major categories. Well, according to Dugan’s claim, the irregularities within the nomination and voting process including “fixing” from the board of trustees is leading to major interference with what voters select during the nomination process.

Submissions to each category get voted by 12,000 voting members and the top 20 then get reviewed by nominating committees who finalize five to eight nominees depending on category to be voted on again. However, according to the complaint, the board of trustees is permitted to select artists for nomination that are not represented in the top 20. “Naturally, the members of the board and the secret committees chose artists with whom they have personal or business relationships..” Dugan claims that the Academy ensures songs that Grammy producers want performed at the event are nominated and that it is not uncommon for submissions who have the 18th most amount of votes to receive nominations despite being low ranked by voters. Additionally, artists who are in consideration for a particular award nomination are allowed to sit on the nominating committee for that award.

Watch the Grammys or don’t this Sunday January 26.