What Went Down At The Brit Awards 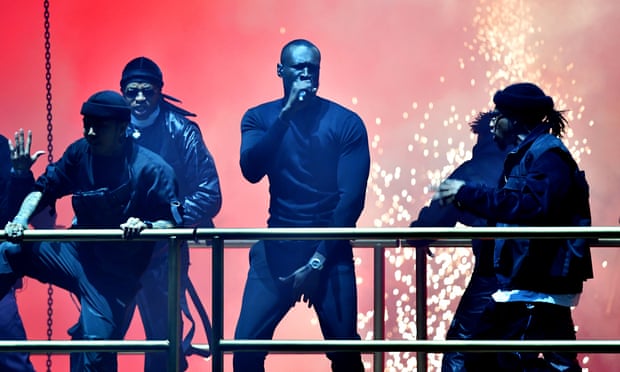 Last night the British Phonographic Industry held their 40th annual Brit Awards to celebrate achievements in UK pop. Whether you consider the irrelevancy of the awards to recognize the actual best music of the year (or the premise of an awards show in general) or it's function to recognize British talent, it was pretty great television.

The BPI condensed the show renaming and scrapping categories from thirteen to nine. They abolished fan voting and gave artists more creative control of their performances. Still the awards have received a backlash for an overall lack of female nominees.
‍

Tyler, the Creator on a victory lap for his brilliant Igor nabbed a Best International Male Solo Artist award after only recently gaining admittance into the UK last year following a five year ban. In signature fashion, he ironically dedicated his award to Theresa May who famously established the ban for homophobic lyrics, “I know she’s at home pissed off. Thank you Theresa May.”

Perhaps the hottest rapper in the world right now, Stormzy brought out world beat artist Burna Boy along with a massive crowd and rainfall effects on stage to perform a ten minute medley “Don’t Forget to Breathe”, “Wiley Flow”, “Own It”, and (get this) “Rainfall”.

Billie Eilish seemingly made use of Interscope’s bottomless budget for a large scale rendition of new Bond theme “No Time To Die”, featuring The Smith’s Johnny Marr on guitar, an orchestra conducted by Hans Zimmer, and her partner in crime Finneas on a grand piano.

But it was perhaps Dave who nabbed the most impressive performance. The South London rapper took to the piano to perform “Black” off his debt Psychodrama, adding a new verse that checks allegations of racism at prime minister Boris Johnson, the British tabloids and their treatment of Meghan Markle, the fall out of the Grenfell building fire, and the Windrush scandal. “You should be grateful, we’re the least racist / I say the least racist is still racist,” he freestyled in an unheard verse. Parliament has already responded with home secretary Priti Patel calling the performance “utter nonsense” and that “artists and entertainers say all sorts of things.”