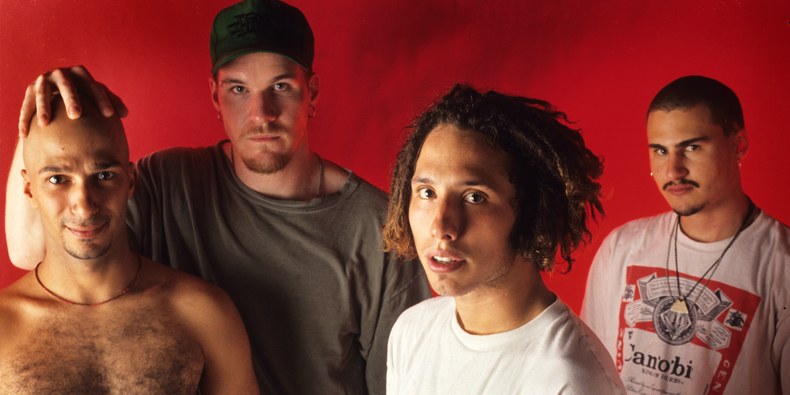 It’s official, the Rage Against the Machine reunion is hitting the road for a massive 40 date arena trek, named “Public Service Announcement”. Following a nine year hiatus, the band announced a string of performances in El Paso, La Cruses, and Glendale along with two headlining slots at Coachella last October. This afternoon, the band’s official instagram posted the tour poster designed by Off-White guru Virgil Abloh. Rap duo Run the Jewels will serve as opening act. The tour will take RATM through North America from May to August with the band setting out to Europe in the fall.

Proceeds from the first three shows will go to immigrant rights organizations while other concerts on the tour will benefit a variety of activist groups through ticketing, volunteering, and donations. There are no pre-sales. They play Toronto July 23 and Hamilton July 21.

The announcement is timely to say the least for the activistic rap rock group. Before reuniting in 2008, ahead of that federal election, the band announced their breakup in 2000. Flash forward two decades of political corruption and deception, a theme that became a hallmark of their music, it’s safe to say this is the reunion we need right now.

During the 1990’s, Rage Against the Machine were controversial to say the least. Outspoken to the max on their anti-authoritarian views, the group championed such issues as American wage slavery and foreign policy, participating in protests and other forms of advocacy. Their debut album cover featured the image of Thích Quảng Đức. In 1996, they were banned from Saturday Night Live for burning the American flag on their amplifiers during an episode hosted by Steve Forbes. Their innovative sound boasted distortion, rapping, powerhouse drums, funk riffs, unbreakable synergy and a harmony of Black American music influences, culminating in a legendary tour with Wu-Tang Clan during the mid 90s.
‍

See the itinerary below and buy tickets this Thursday at 11am here.