The jazz funk genius brought along a cast of superstars to play "Black Qualls". 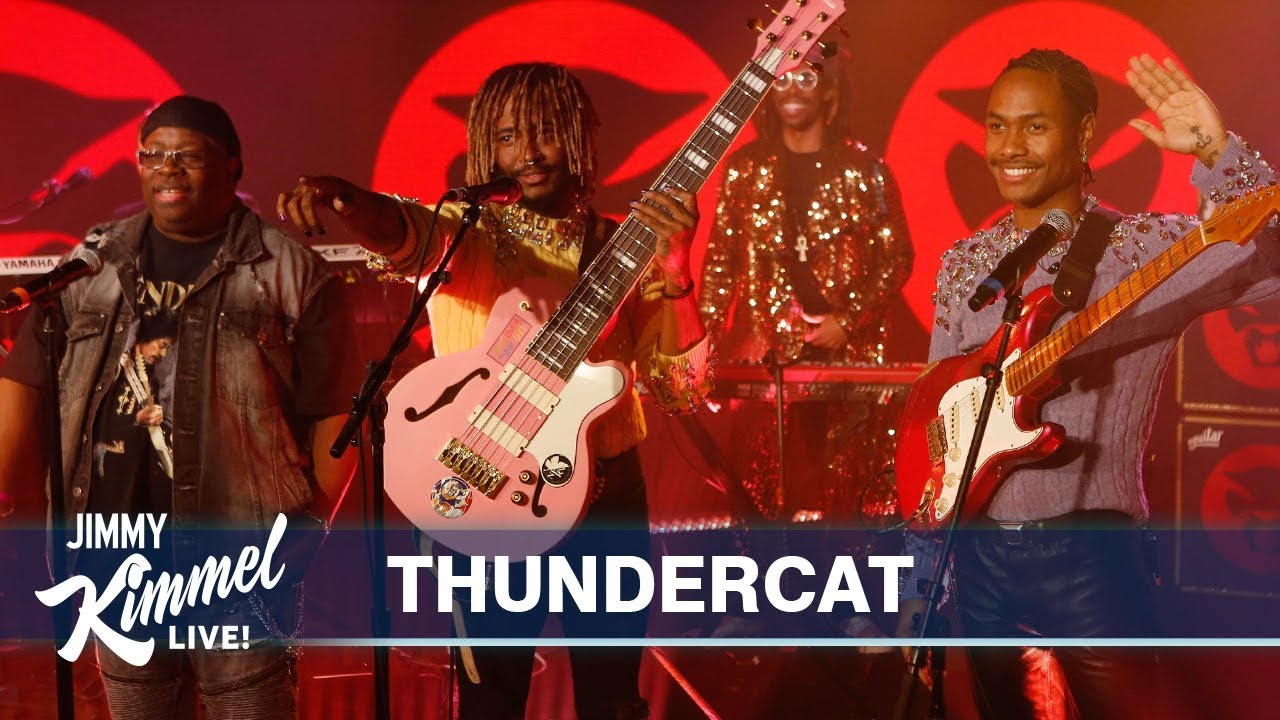 Ahead of his show in Toronto next week, Thundercat took to Jimmy Kimmel Live to play his new single “Black Qualls”. Equipped with seven string bass and a typically outlandish bejewelled sweater, the jazz funk visionary brought along Steve Lacy, Steve Arrington, Flying Lotus, and other Brainfeeders.

They also played the new standard “What’s the Use?” in tribute to the late Mac Miller, a record in which Thundercat plays bass. These guys sound dialled.

Recently Thundercat dropped a video for “Dragonball Durag”, a low-fi visual where Thundercat attempts to coo Kali Uchis and HAIM.

Thundercat’s new record It Is What It Is is due out April 13.